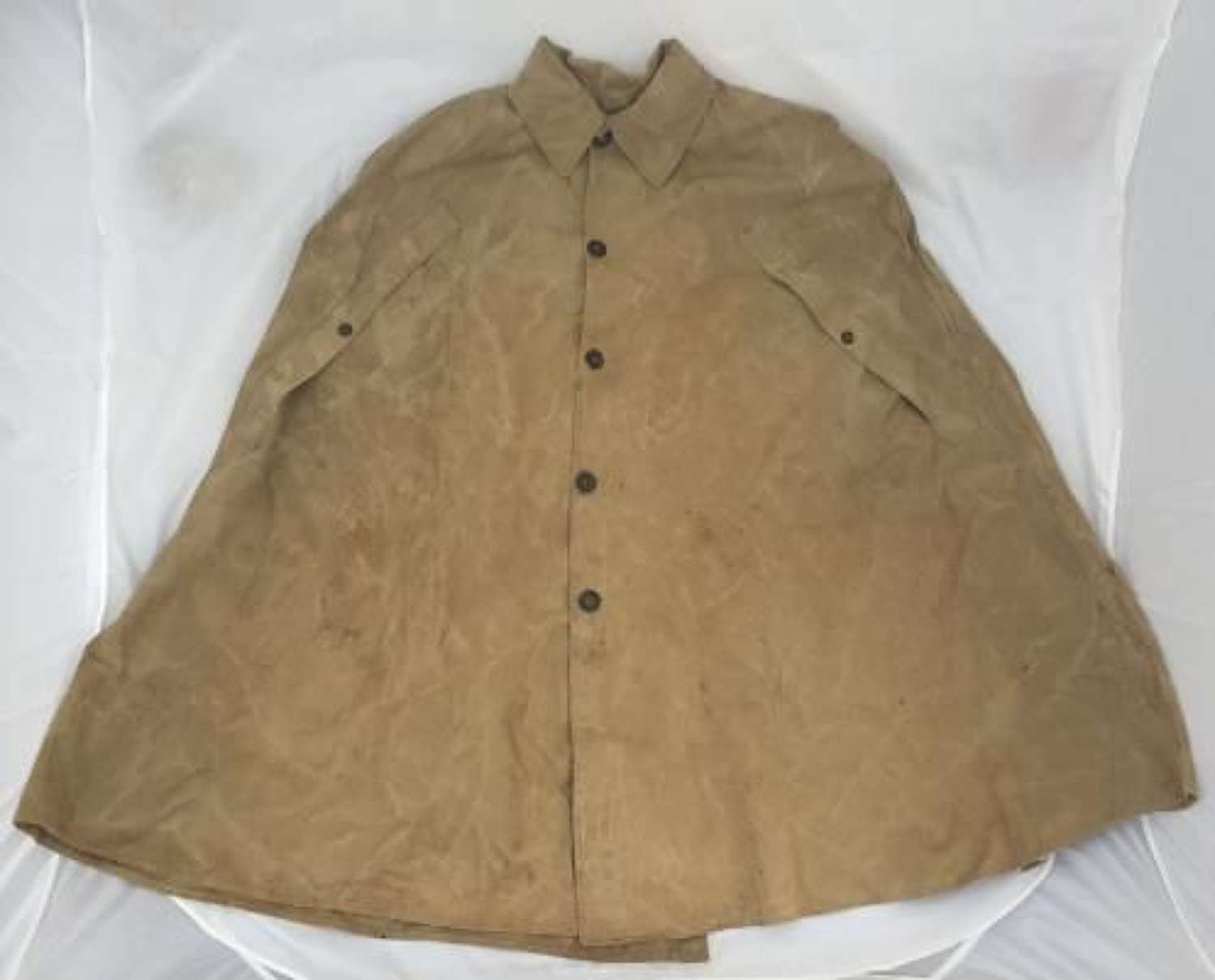 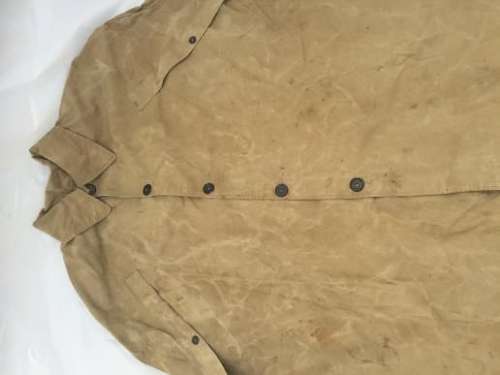 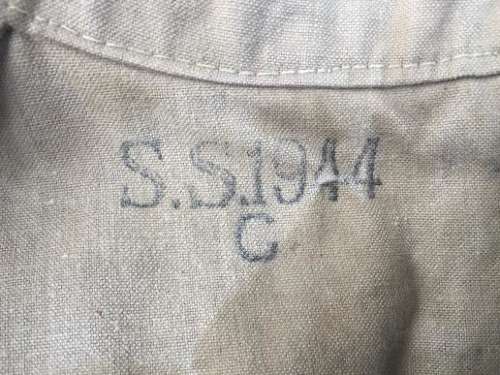 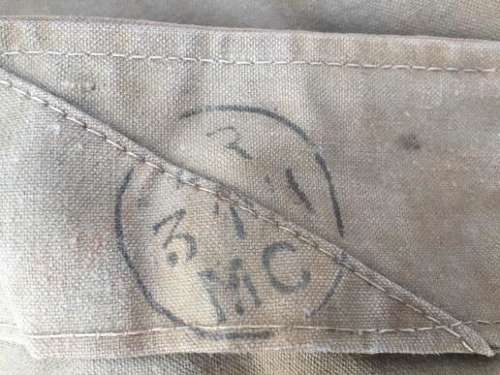 SOLD
A very nice original example of the scarce Indian made Monsoon cape in excellent condition.

This rare cape is synonymous with the campaign in the Far East and was worn by both the British Army and the RAF who fought there. This example belonged to an LAC in the RAF and has been stored in his kit bag for the last 70 odd years!

The cape is clearly dated 1944 in two separate places. One is the standard circular stamp seen on all Indian made items which denotes March as the month of manufacture, whilst the other stamp is a more plain stamp which reads S.S.1944.

The cape retains all of its original buttons although some are chipped around the edges. It has two slits on either side to allow the arms to be passed through which also have buttons.

The overall condition of the cape is very good for its age but it does shows signs of wear consummate with its age.

Overall, a very rare and iconic cape which is clearly dated and days extremely well. A must have for the British Army collector!