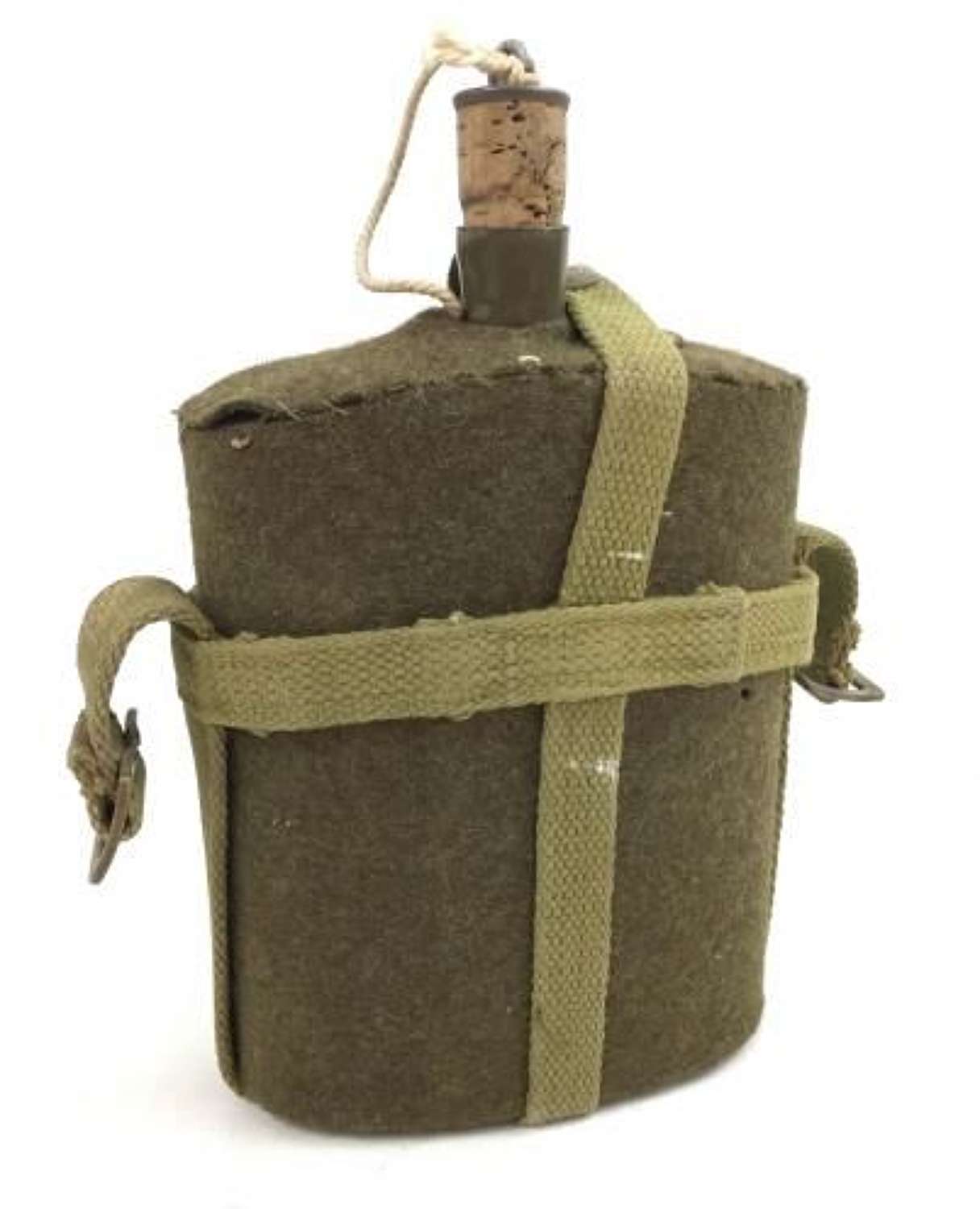 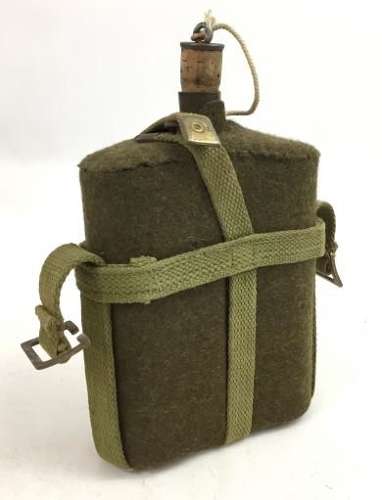 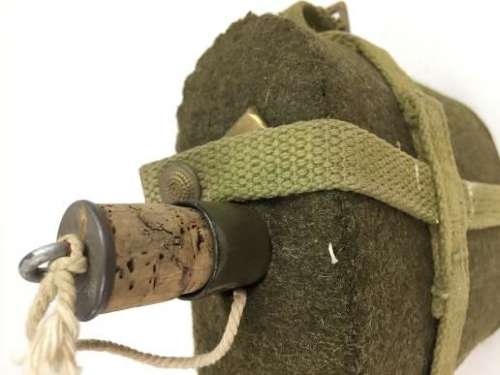 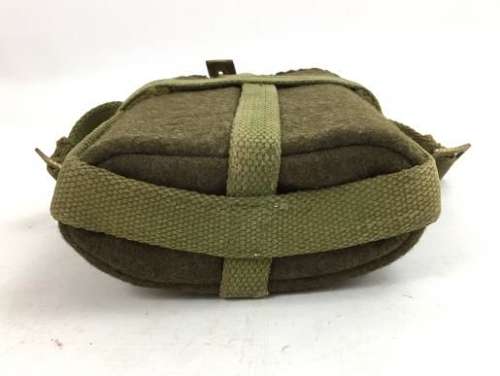 The MK VII water bottle came into use with the British Army in late 1939 and saw use with the BEF in 1940 and carried on in service throughout WW2 and into the 1950s. This example is complete with its webbing cradle, often referred to as ’skeleton’ pattern which has had a coat of early war ‘pea green’ blanch.

There are no dates or other markings that I can find anywhere on either the bottle or the cradle but it is the correct pattern for WW2 and later. The shade of blanco makes it ideal for someone interested in the early war period.

Ideal for the collector and re-enactor alike!