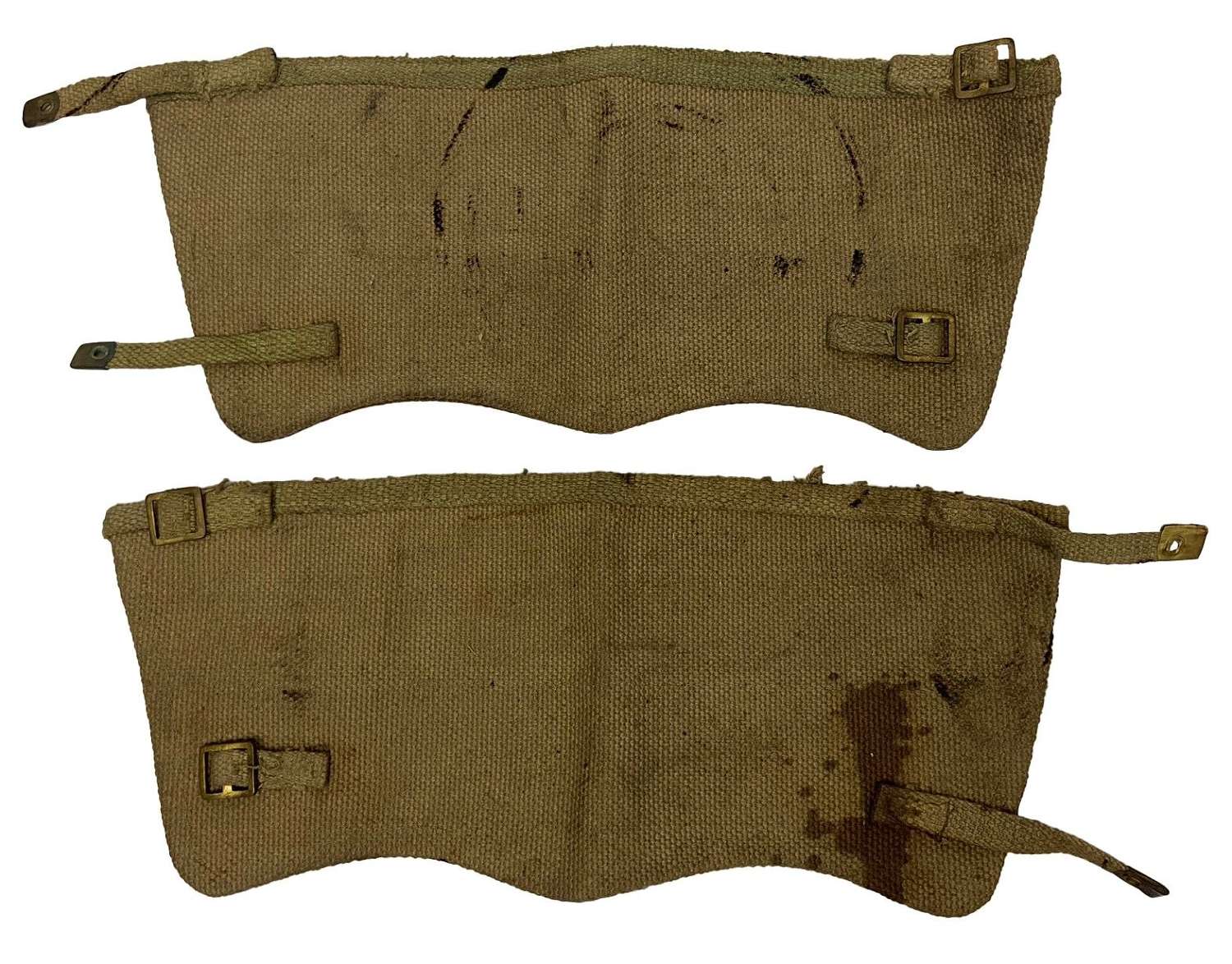 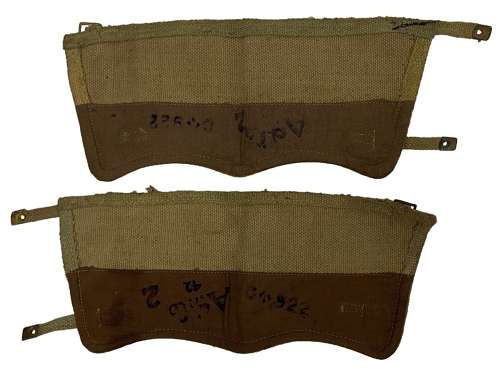 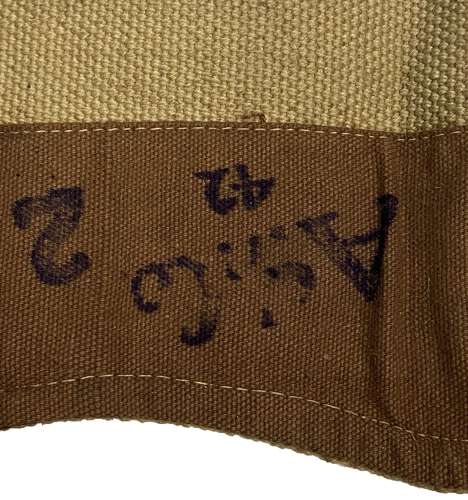 An original matched pair of British Army 1937 Pattern Webbing Gaiters made in India during the Second World War.

A huge amount of uniform and equipment was made in India during the Second World. It saw issue in the Middle East, Far East and Italian Campaigns due to convenient supply routes. These gaiters are an Indian made example dating from WW2 with all of the usual hallmarks that are found on Indian made items.

The anklets are made from a web material that is a noticeably different weave to their British counterparts. The brass work is also typical of Indian manufactured items being much more crude than was made in the UK. The anklets feature brass tabs to the end of each strap, the same as the first pattern of 1937 pattern British made gaiters.

The inside of the gaiters bears markings which are typical of indian items.

The anklets are in good condition as can be seen in the pictures. There are some signs of wear and age but overall they display well.

A good pair of wartime anklets!