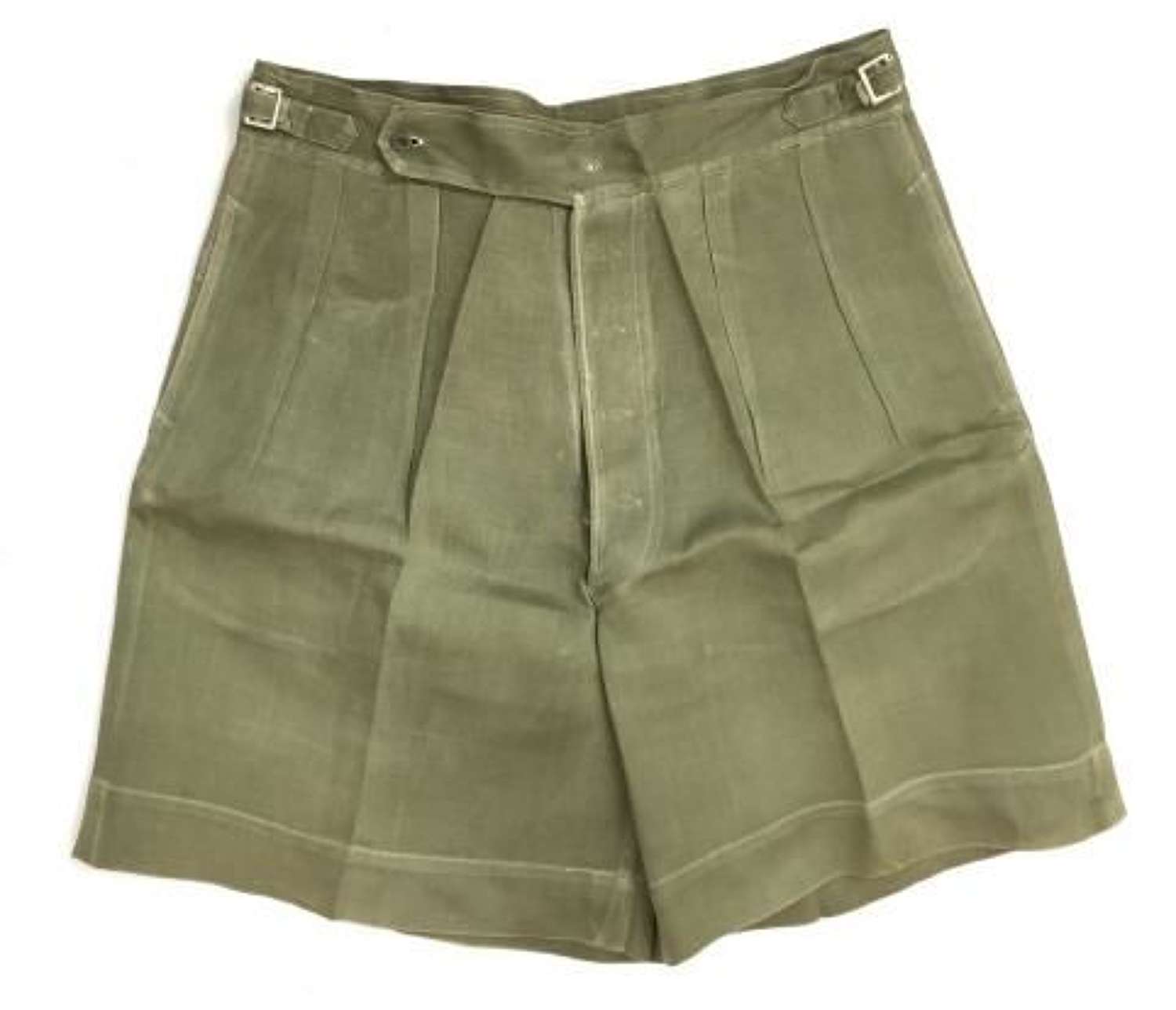 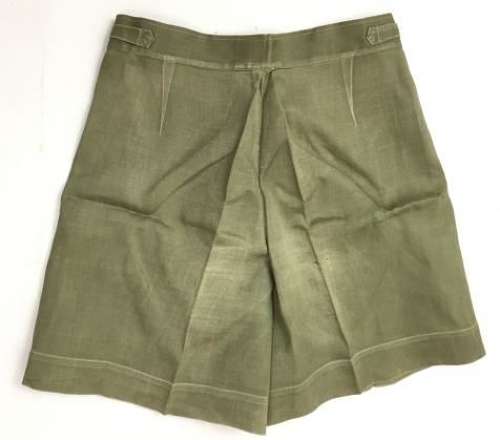 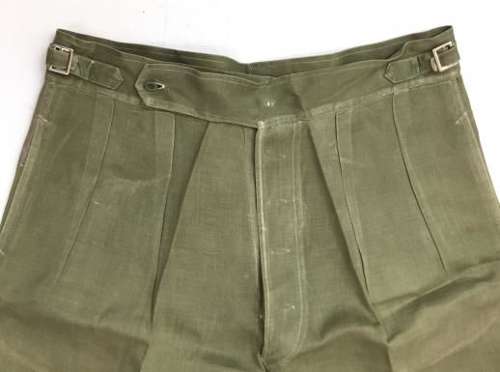 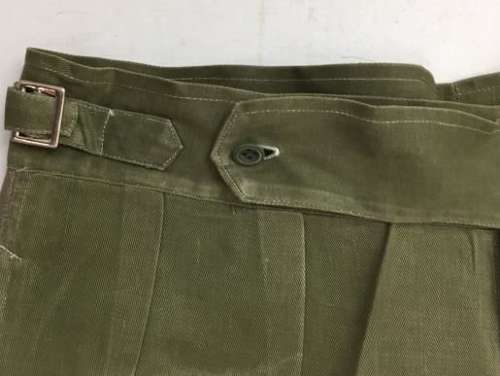 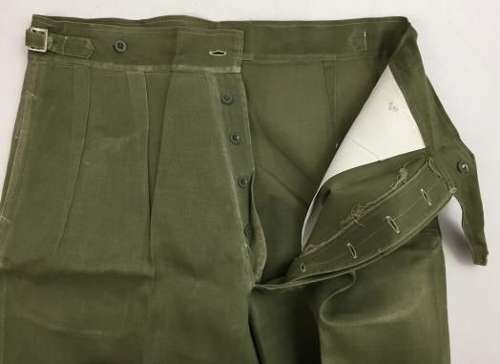 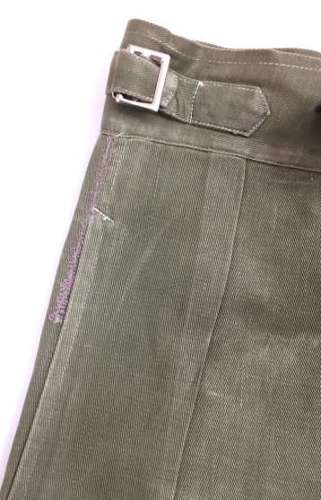 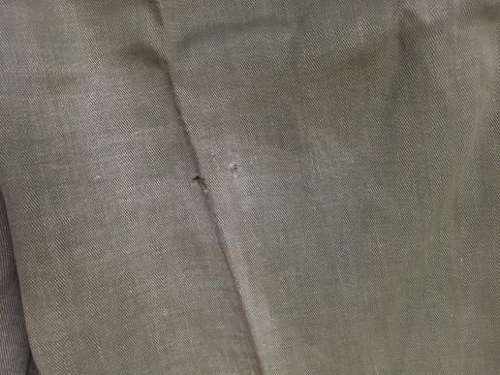 SOLD
An original pair of Indian made Jungle Green Shorts dating from around the Second World War.

These particular shorts are typical of those made in India during the second world war. Both the material and construction are standard for the period and the stitching is clearly Indian. The shorts feature two slash pockets to each hip, a button fly and side adjusters with white metal buckles. The buckles are removable for washing purposes and are often missing from shorts offered on the market today.

The condition of the shorts is good as can be seen in the photographs. They have been worn and laundered but generally speaking display well. The only flaw I can find is one very small hole which I have included a picture of.