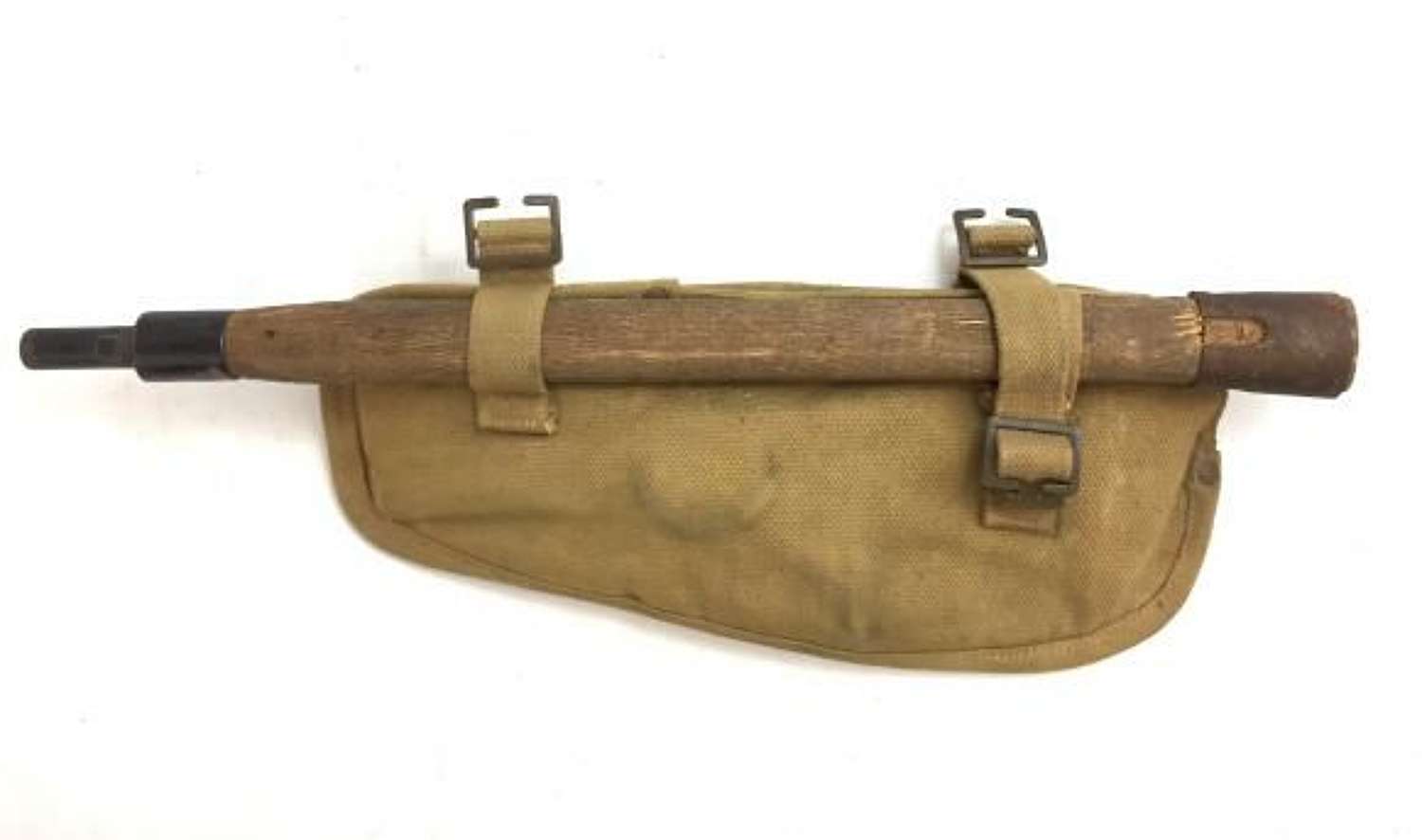 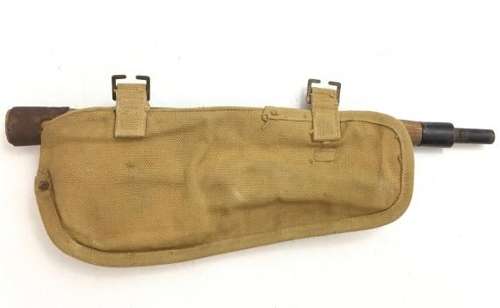 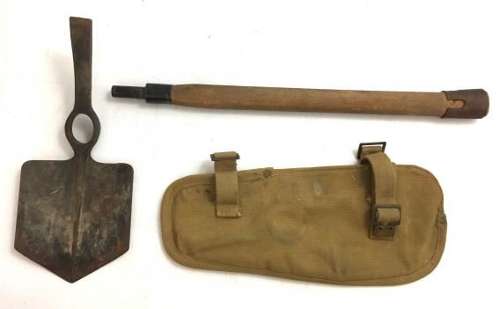 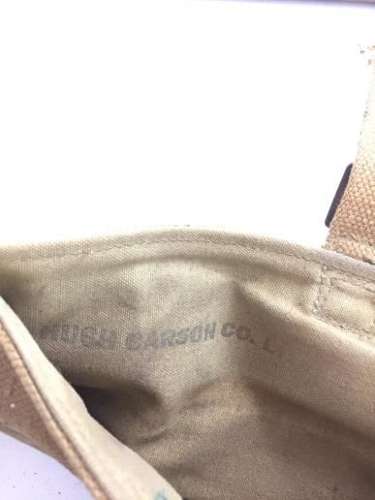 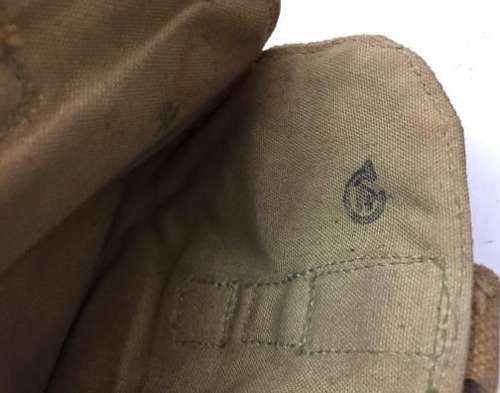 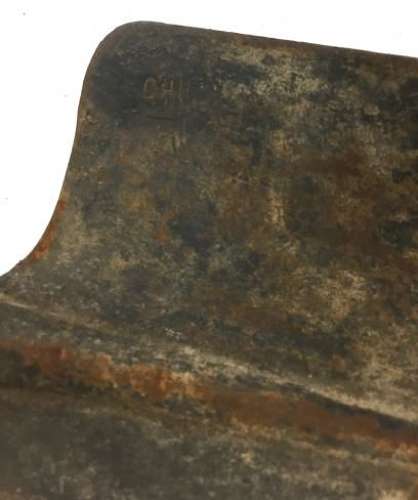 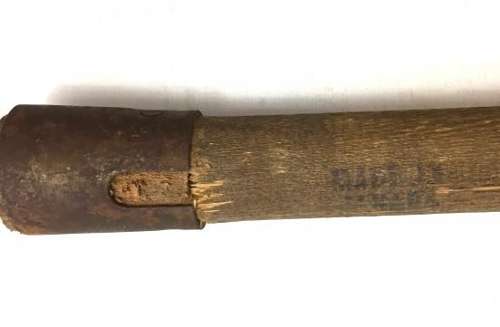 SOLD
A scarce complete example of a Canadian made 1937 pattern entrenching tool cover made up of all original Canadian made parts.

This pattern of entrenching tool was standard issue for Canadian troops during the Second World War and is similar to the British example only better made. It features an additional strengthening strip which runs around the outside edge as was common with other Canadian made webbing and sets aside as clearly different.

The interior of the kidney shaped webbing pouch is marked with the Canadian War Department broad arrow surrounded by a 'C' as found on all Canadian made items. The manufactures marking is also present and reads 'Hugh Carson Co Ltd'.

The helve is the MKII which has a metal adaptor which takes the No.4 bayonet and came into issue in 1944. Amazingly the makers ink stamp is still visible to the wooden shaft and reads 'MADE IN CANADA' which makes a nice addition to a very original Canadian set. There is some damage however to where the metal meets the wood to the right of the stamp as can be seen in the picture.

The third and final part of the set is the metal head which is marked 'Ohio' making all parts of this set authentic Canadian made pieces. It is in average condition for its age with some signs of use.

Altogether this is a very complete original set with all Canadian mades parts, the type of which is becoming very hard to find today. It would make an excellent addition to any collection without a doubt.