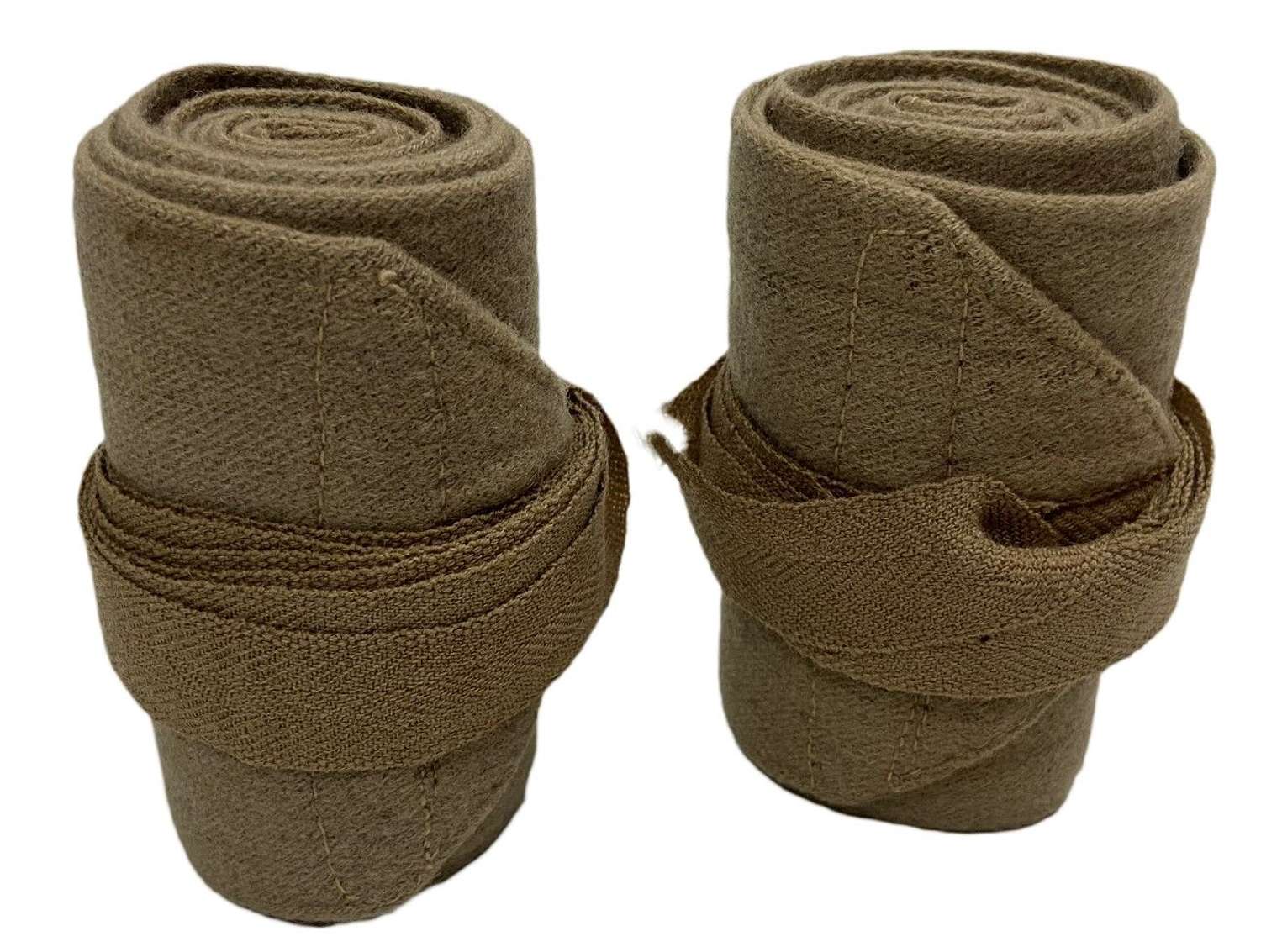 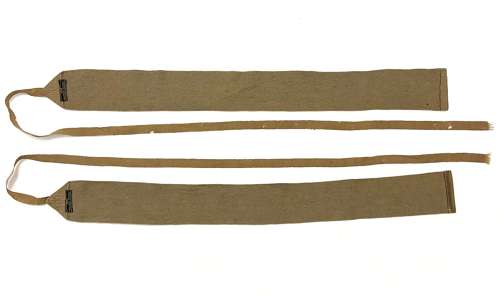 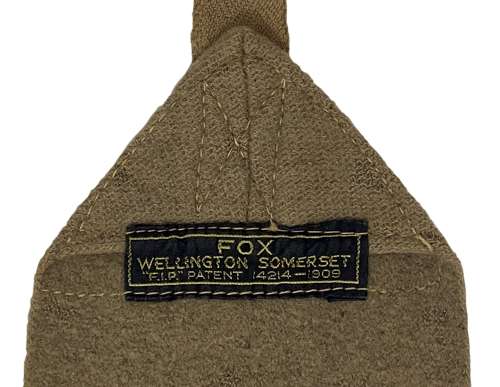 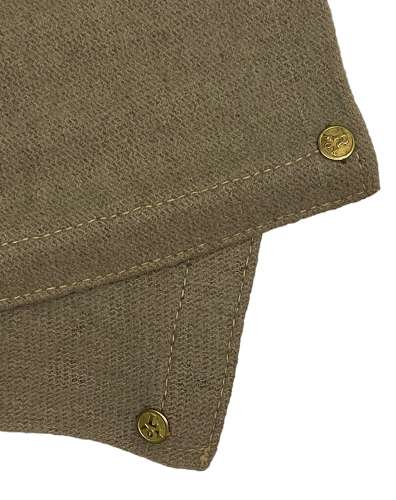 An original pair of British Army Officers beige coloured short puttees made by 'Fox' and dating from the Second World War.

These puttees came with a small grouping of items which belonged to Major T Rothwell who served with the Royal Engineers in the Far East during the Second World War. They are made from a light, beige coloured wool and feature cotton tapes in a similar shade. Both have the standard makers label found on Fox made puttess which include the patent number.

The puttees are in good condition overall and display well. They have suffered from limited moth damage - noticeably to one of the tapes. Please study the pictures before purchasing.

A good original pair of puttees which are guaranteed to be wartime.