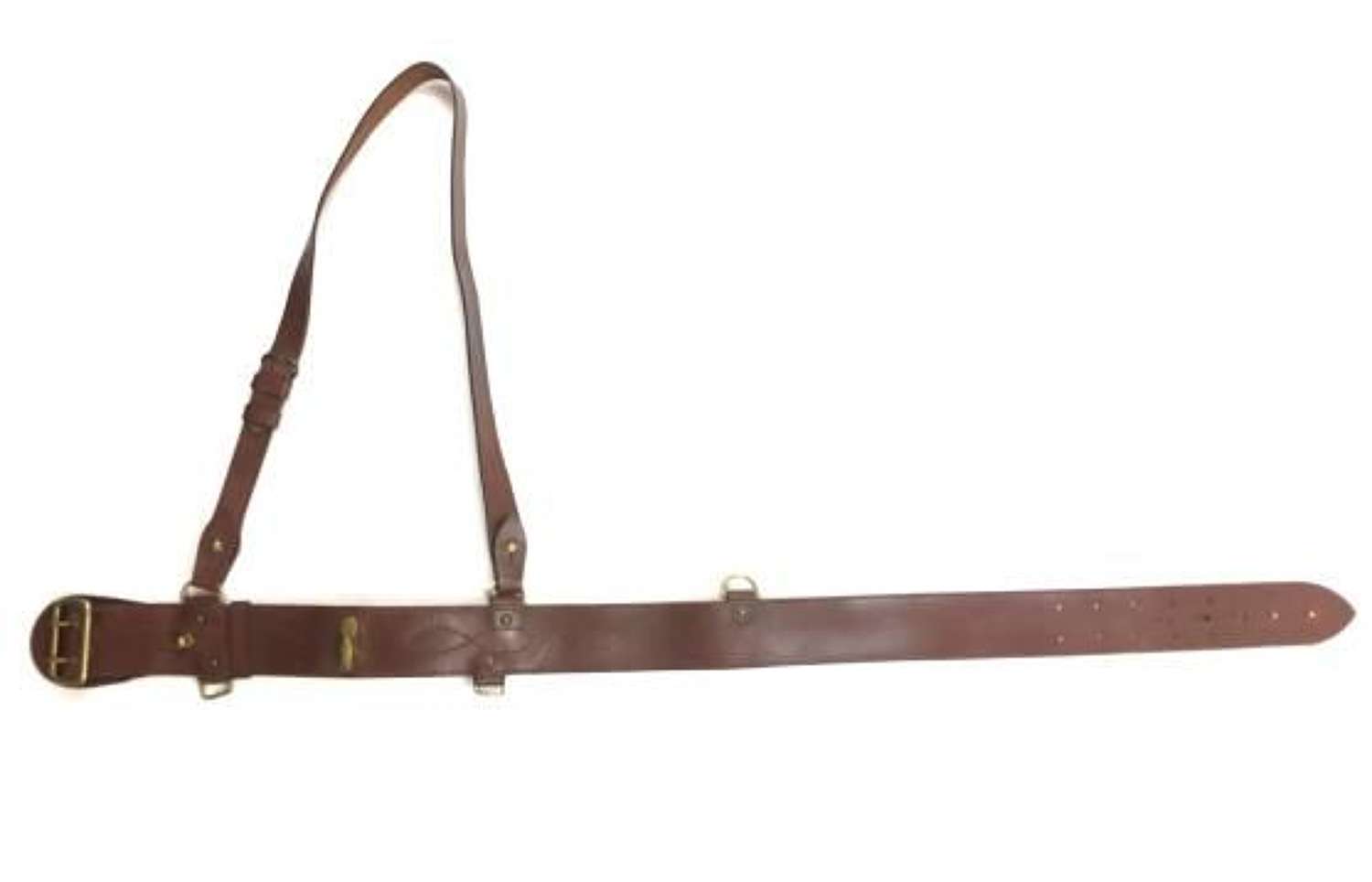 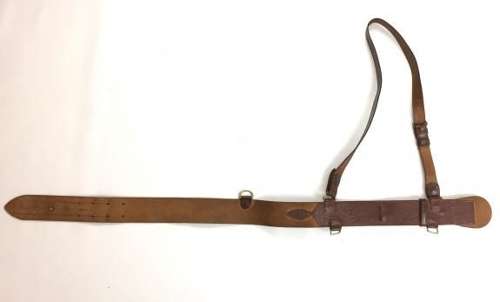 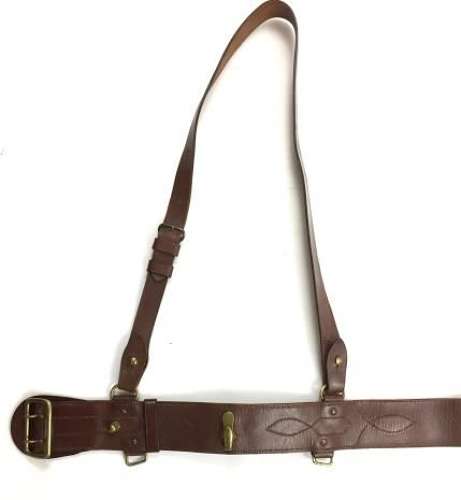 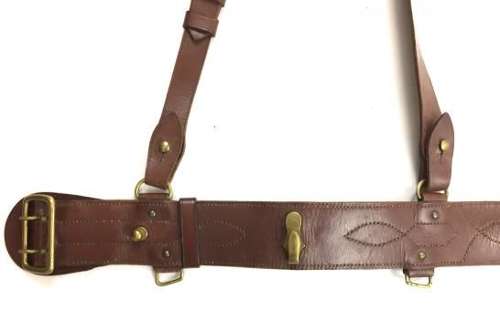 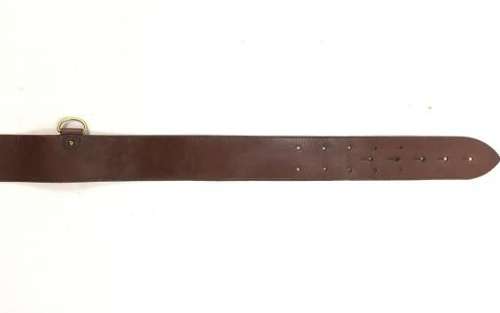 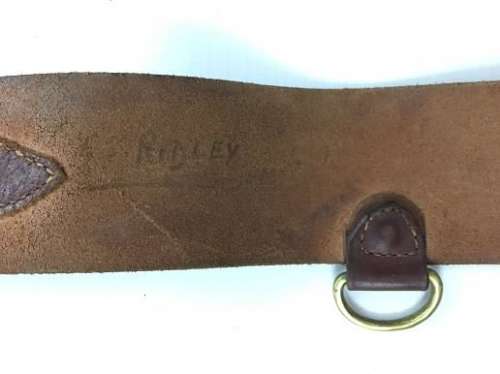 SOLD
An original British Army Officers Sam Browne Belt which belonged to an Officer who served in the Far East during the Second World War.

This belt came out of a trunk full of officers kit which hasn’t been opened since WW2. The belt is the standard single brace pattern which was standard for officers in the period andnis named inside to ‘Riley’.

The belt is in great condition with no major signs of damage or wear. It is still a nice chestnut brown colour and is not a dried out cracked exmaple as are often found on the market today.

Altogether a very nice example of a Sam Browne belt in excellent condition and with WW2 provenance.