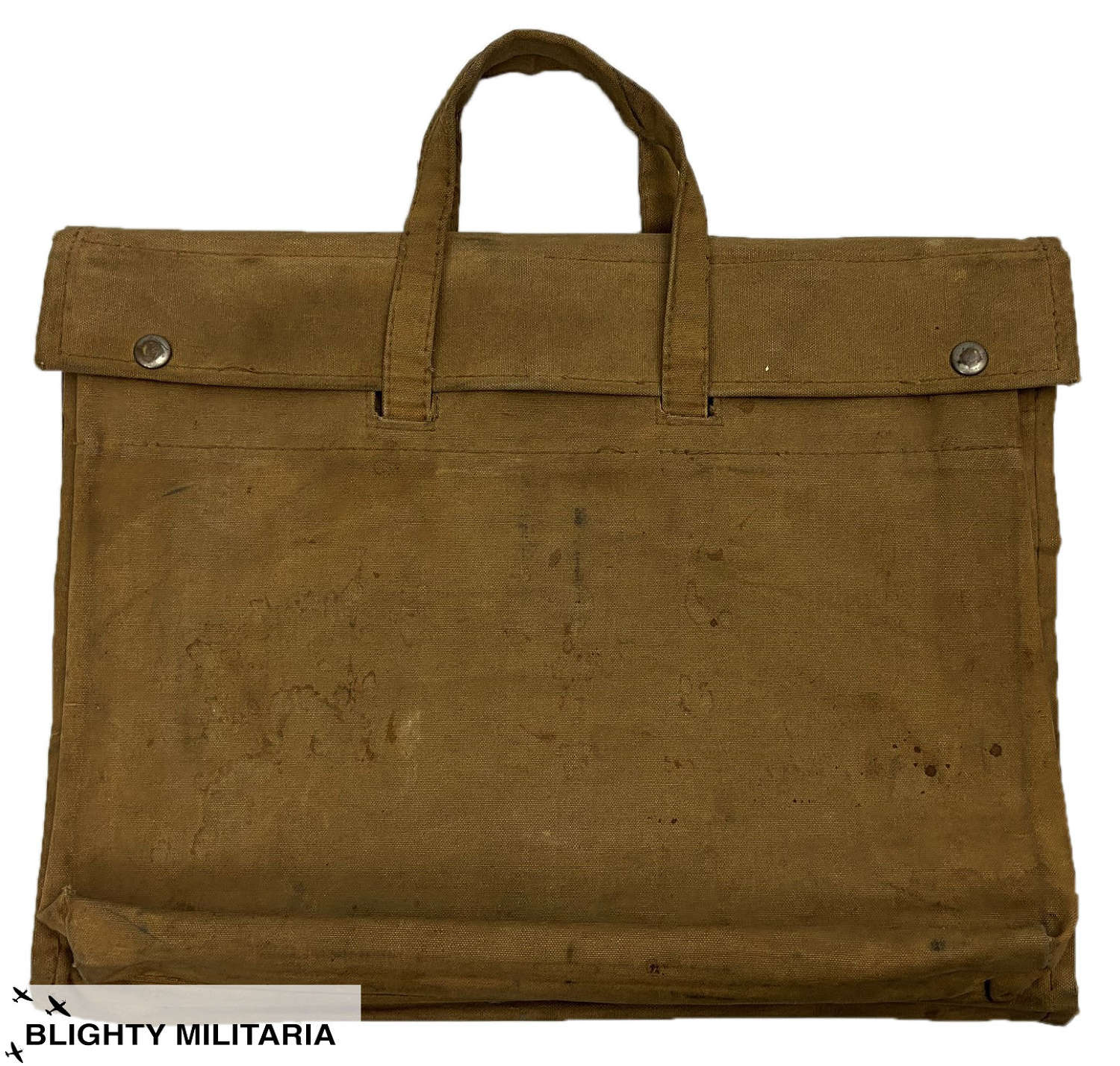 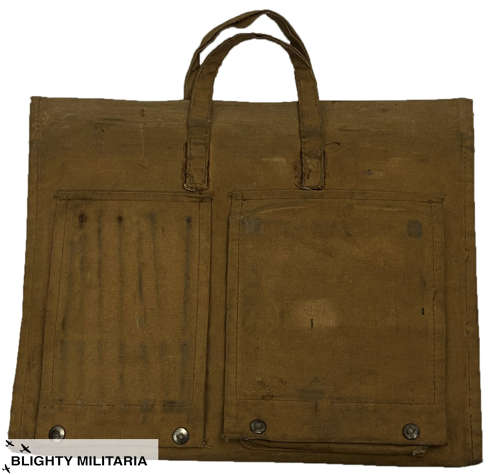 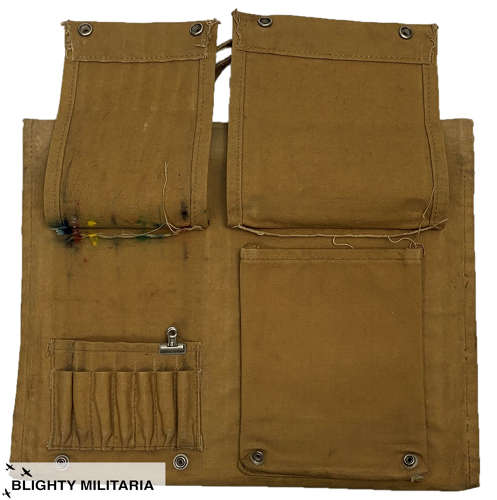 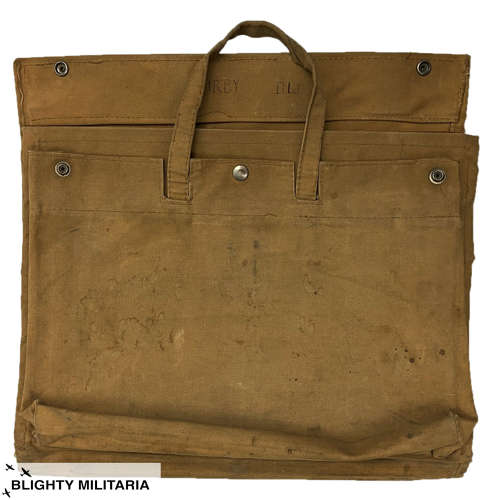 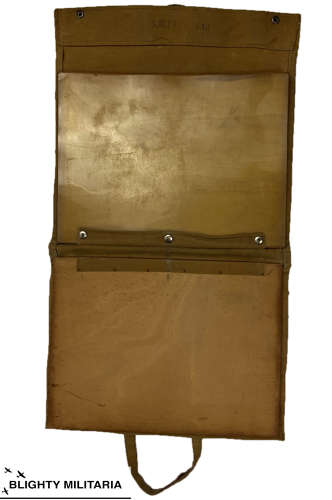 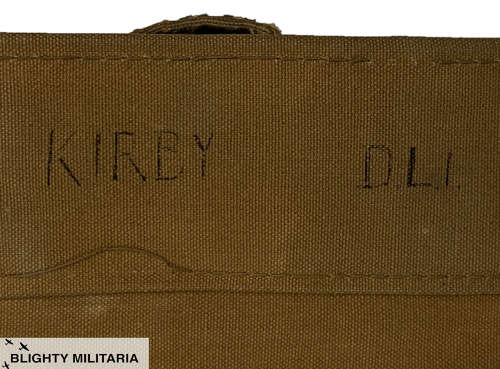 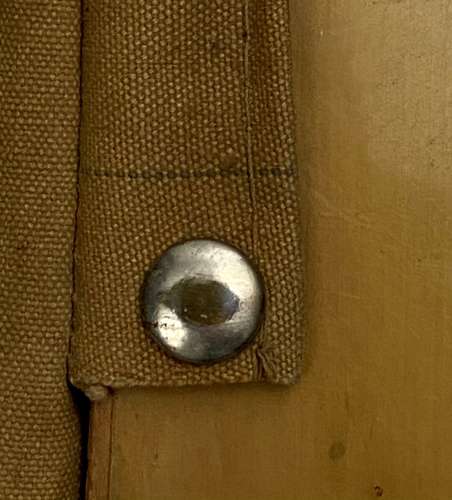 An original British Army officers map case dating from the Second World War and named to an officer called Kirby of the Durham Light Infantry.

There were at least 4 officers with the surname Kirby who served with the DLI during the Second World War. One was captured in Greece and became a prisoner of war and another was a major who fought in Normandy  with 6th Battalion at Tilly amongst other places.

The case is an interesting, private purchase pattern made from rubberised cotton. It features two grab handles in the same material and is of bi-fold construction, opening along a central seam which forms the bottom of the case when closed. The exterior features two flaps to one side which cover a pen holder and patch pocket whilst the other side features a large bellows pocket. All of these, along with the top of the case, fasten with press studs.

The map case is a medium size and measures approximately 17" x 13".

The condition of the case is good with some signs of wear and use. Please study the pictures.

A nice original map case of an interesting pattern.