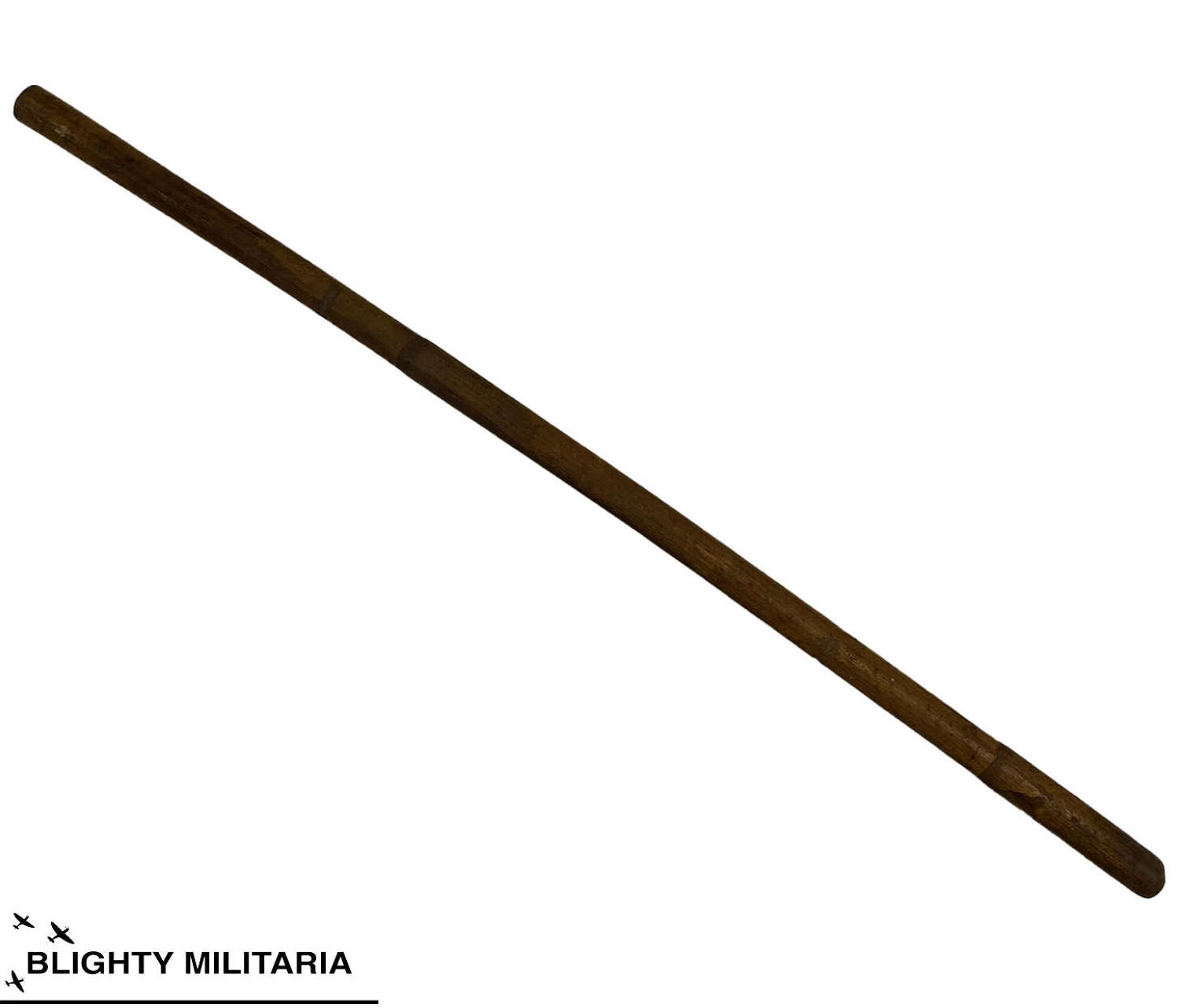 An original British Army officer's bamboo swagger stick which belonged to Captain John Campbell Mantell M.B.E. who served with the 2nd Battalion of the Royal Warwickshire Regiment during the Second World War and in Palestine.

The swagger stick is typical of those carried by officers at the time in length and finish and is in good condition for its age.

This would make a good addition to any WW2 British Army officers kit collection for certain.