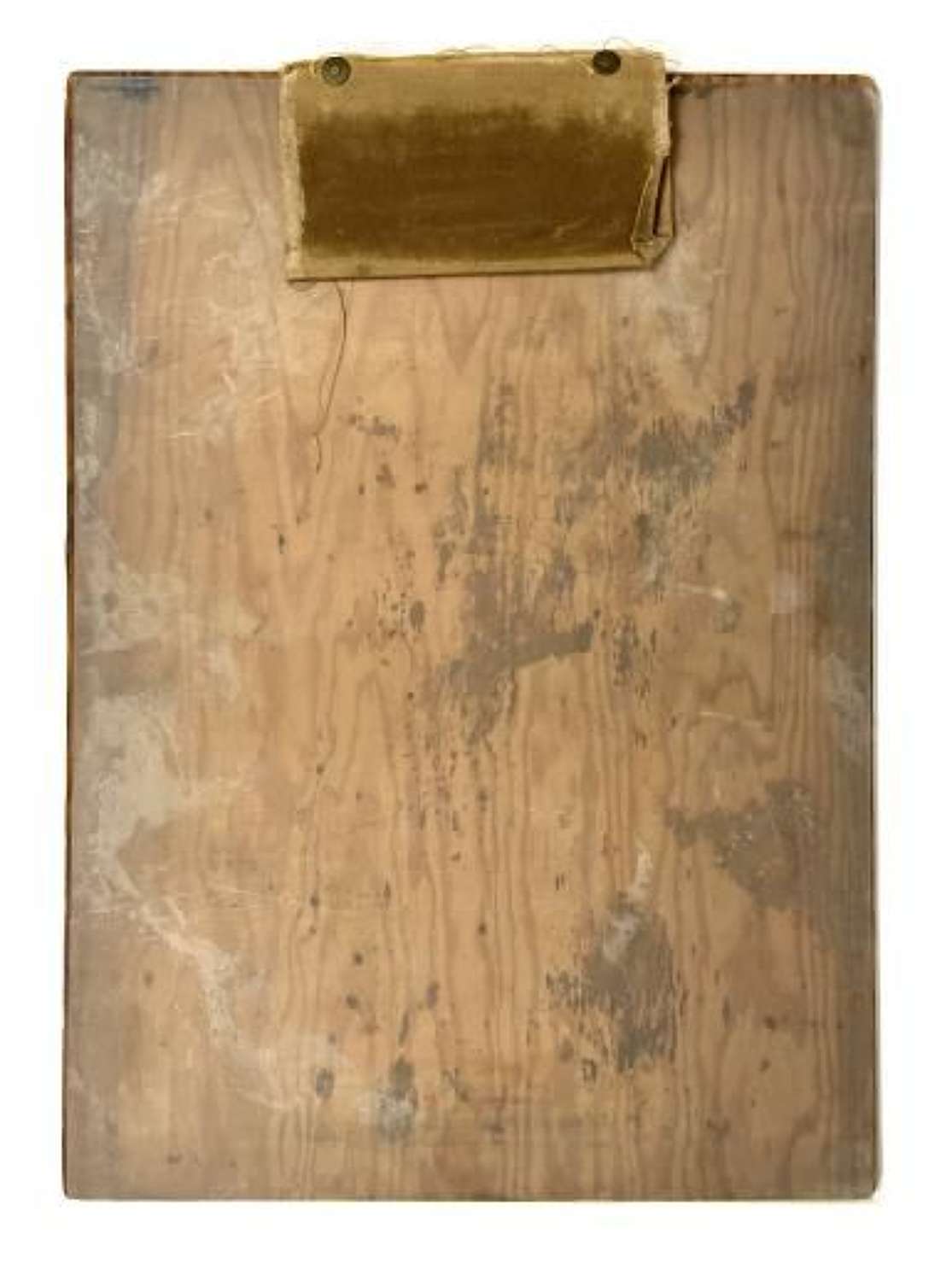 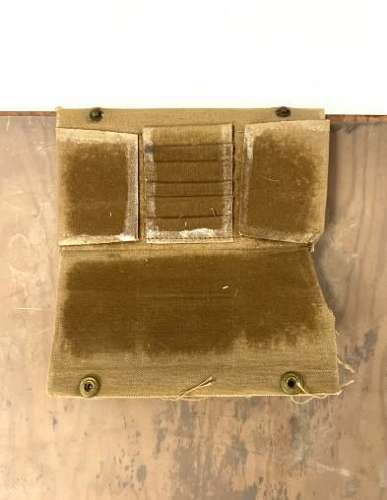 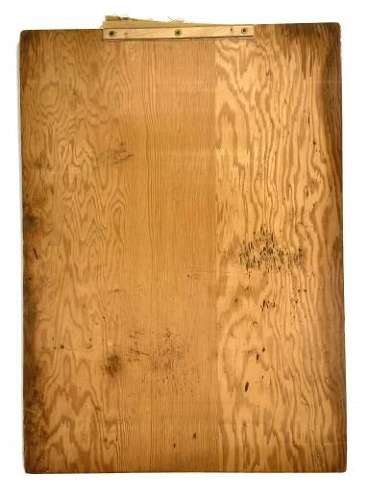 This pattern of map board was used throughout the Second World War by a plethora of units. Sadly they were never dated so it is not possible to date them exactly but these were a common item during WW2. The board itself is wooden and features a canvas pencil holder to the top which fastens with brass ‘Newey’ pop studs.

In used condition, this map board still displays well and would suit a re-enactor or collector well.