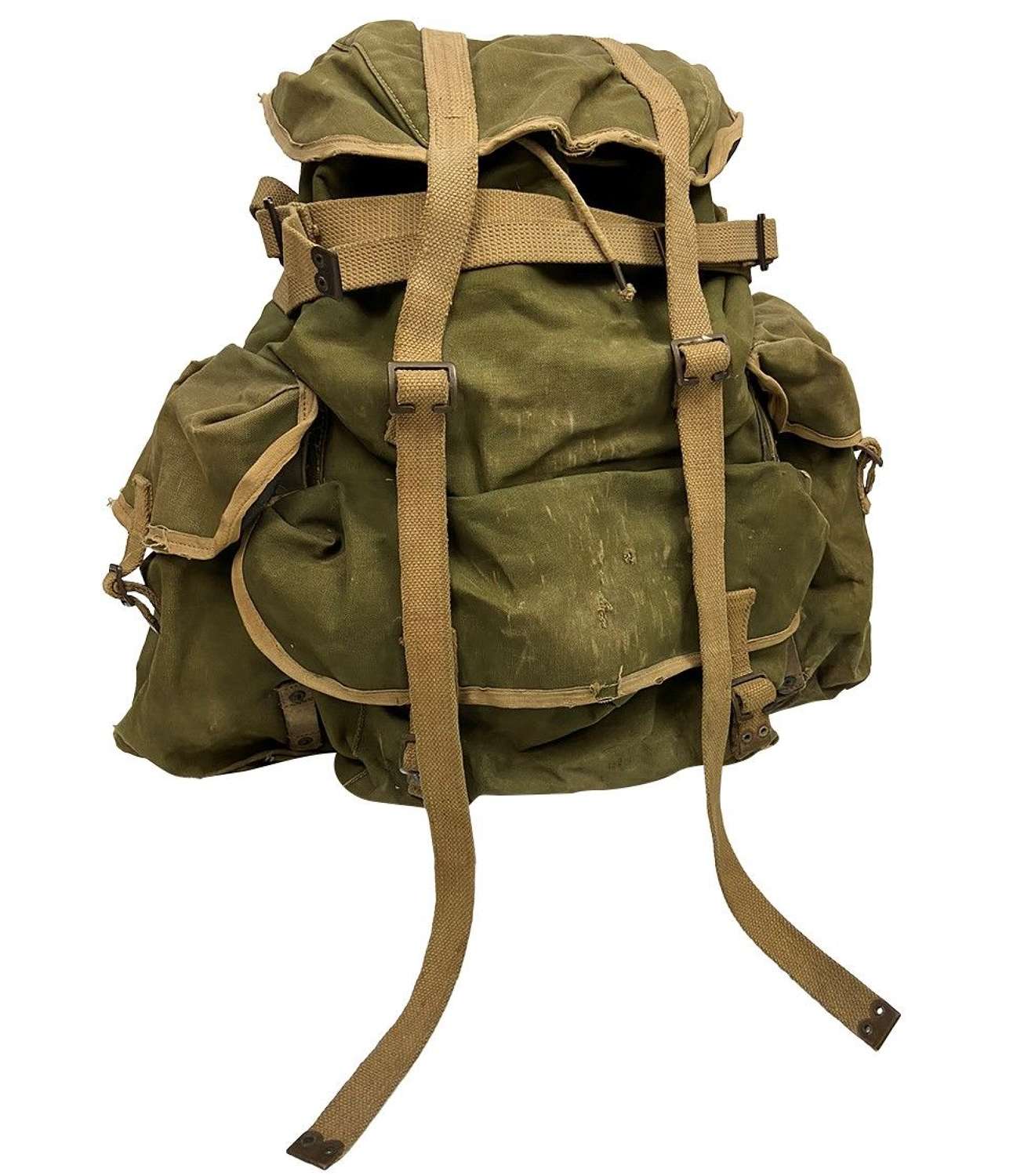 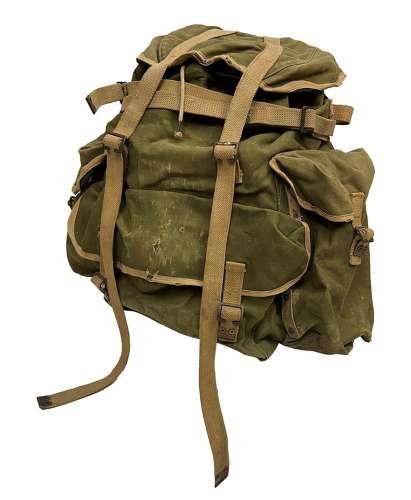 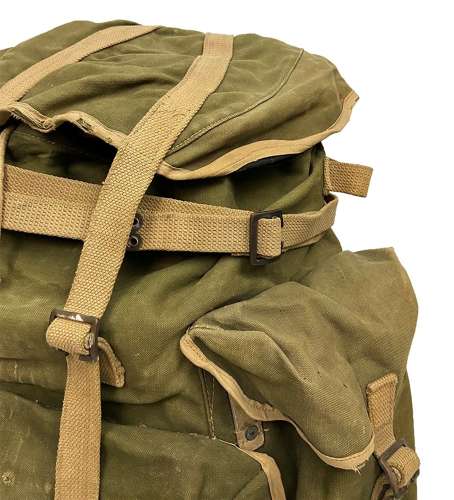 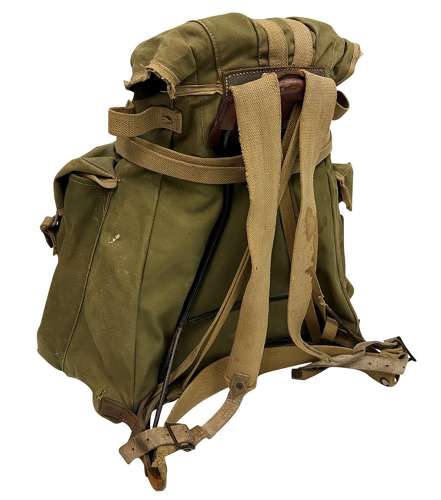 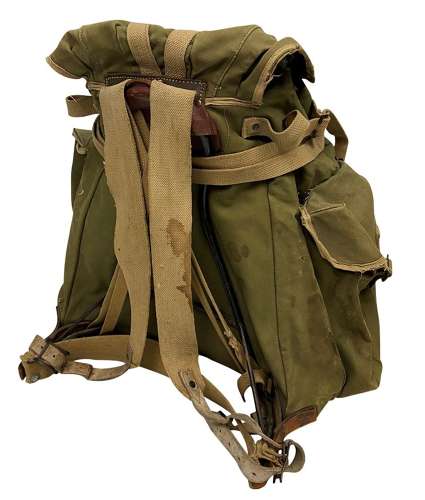 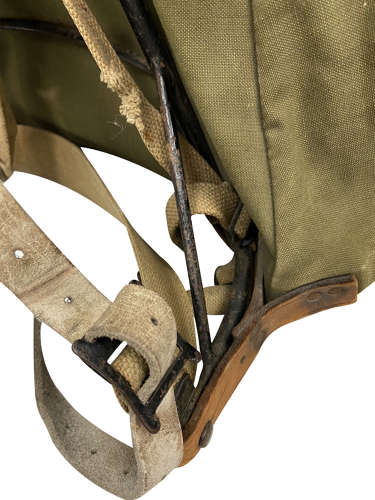 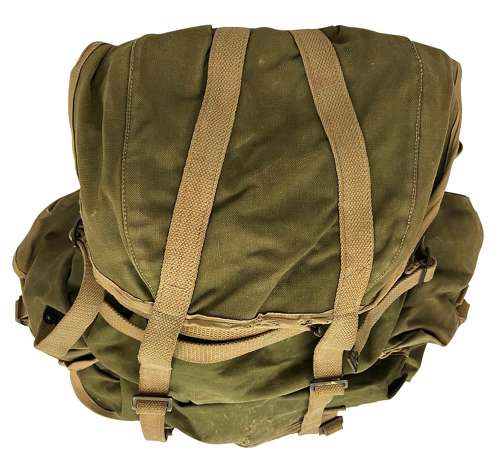 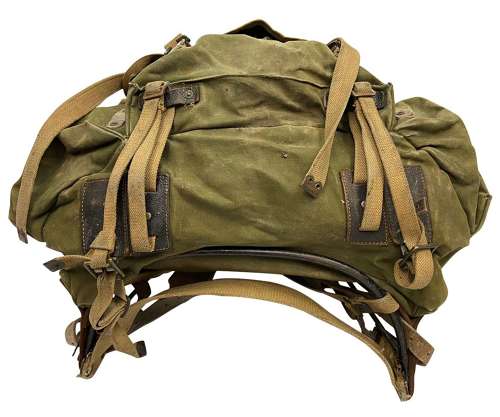 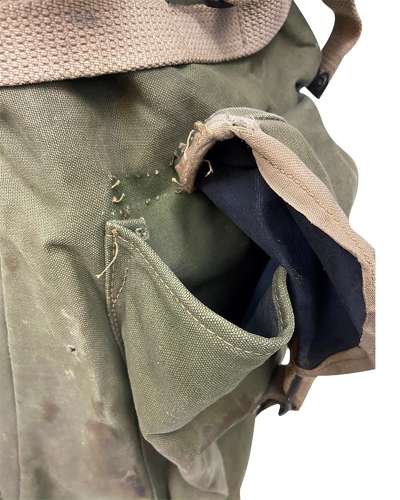 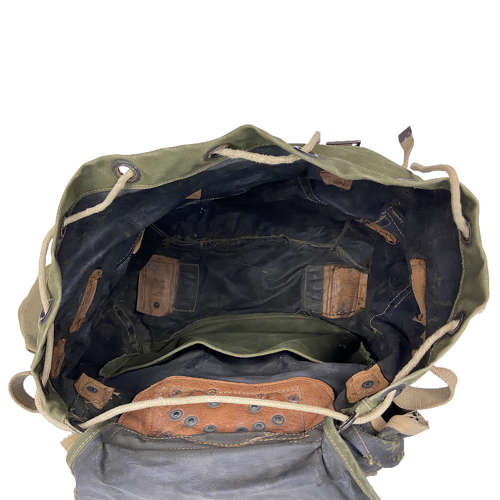 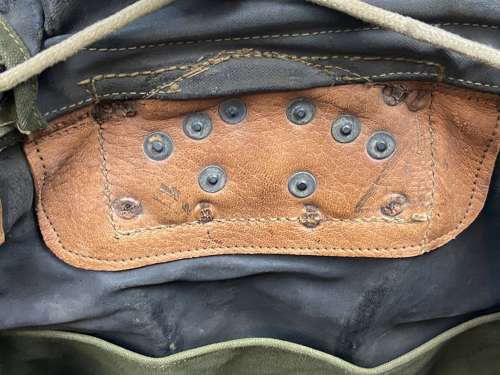 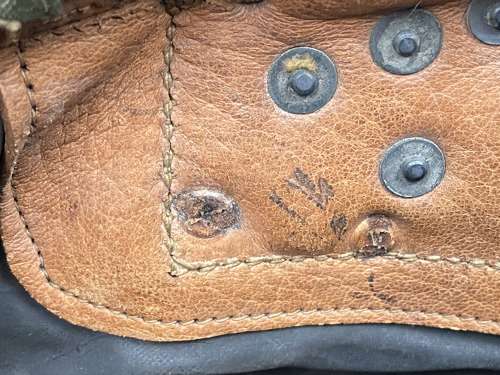 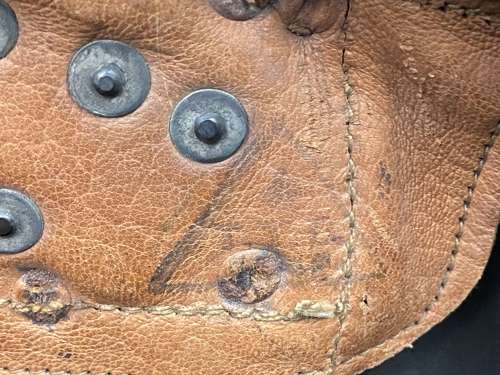 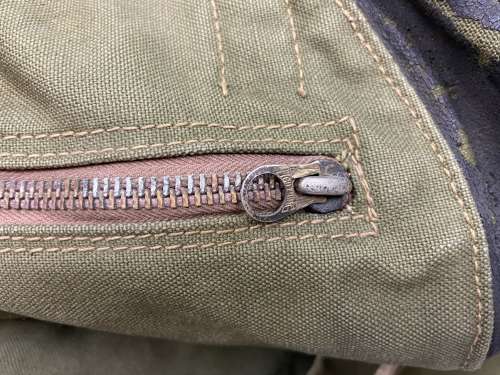 A good example of the second pattern Commando Bergen as issued during 1944 and 1945.

The bag section of this item is made from dark green waterproof canvas as opposed to the first pattern which was made from a light tan material. This change in materials occured before D-day making it a usable item for any 1944 or 1945 scenario. Like the first pattern bergens, this example has the two webbing straps which run around the circumference of the throat, towards the top of the bag and which can just be seen below the main flap. It also retains the webbing blanket straps to the underside of the bag which are often missing.

Inside the Bergen there are some markings in the usual place but they are sadly ilegible. None-the-less this is the correct pattern of Bergen for 1944 and 1945.  A brass zip is present to the inner flap and is of the design often encountered on war dated examples. It still works but could do with some attention to get it running more smoothly.

The bergen comes complete with its original black painted metal carry frame which is attached to webbing shoulder straps. There is some wear to the straps as detailed in the pictures.

The condition of the Berge nis good but there are some areas of wear as can be seen in the photographs. The is scuffing and some small holes to the front of the bag and one of the large side pockets has lost some stitching to itsa flap (as pictured) There bag is worn but still usable and displays well.

All in all, a good original example of a WW2 Commando Bergen. Whilst not in perfect condition or dated this has been reflected in the price.