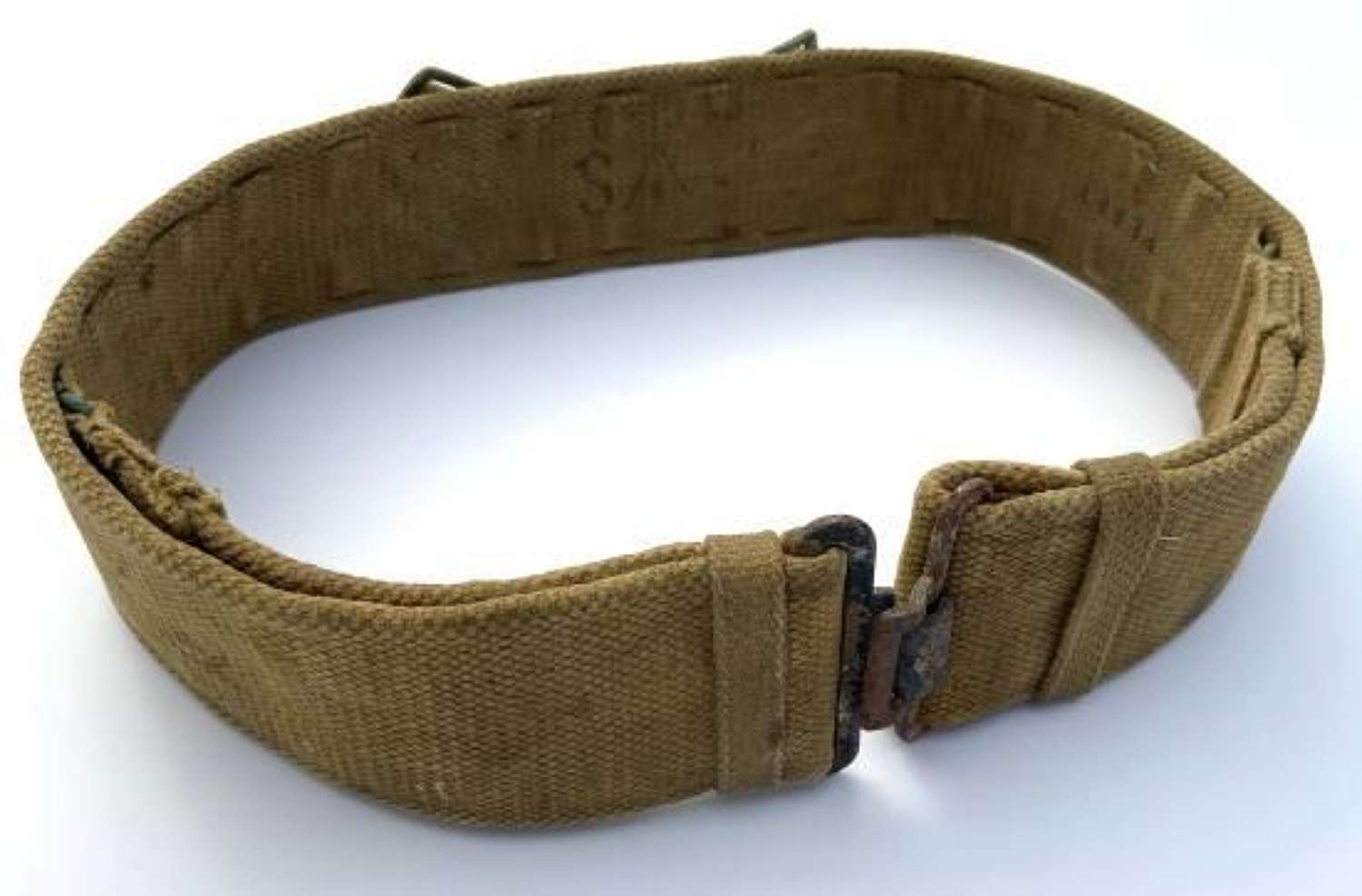 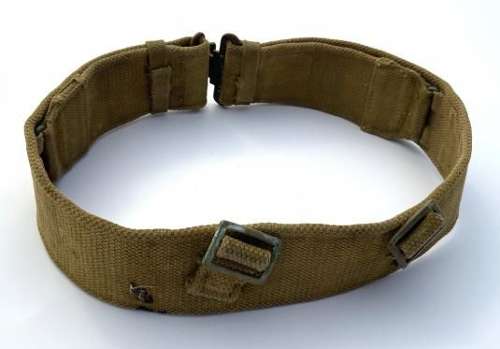 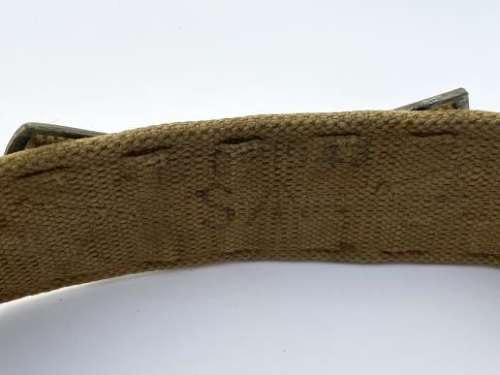 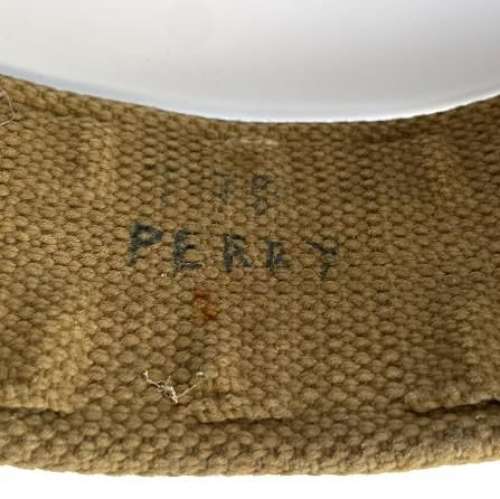 This pattern differs from the earlier pattern by having webbing sliders either side of the buckles rather than brass. The construction of the end of the belt (seen inside the belt when buckles are attached) is also different to earlier belts and was implemented as an economy measure to save on materials. This example also features steel metal fittings rather than the standard brass making it a true mid-war economy item.

The original markings are still present inside the belt although they are somewhat faded with age. The War Department broad arrow is clear as is the letter 'S' which denotes the size. The 1943 date is also visible although not as clear as the size stamp. The original owner has also marked his name in ink which reads 'Perry'.

The belt is in well used condition with plenty of signs of age and use. All the metalwork has signs of corrosion and the webbing body of the belt has various marks and stains. This has been reflected in the price but please study the pictures for a clear idea of condition.

A nice original wartime belt which would make a good addition to your collection!