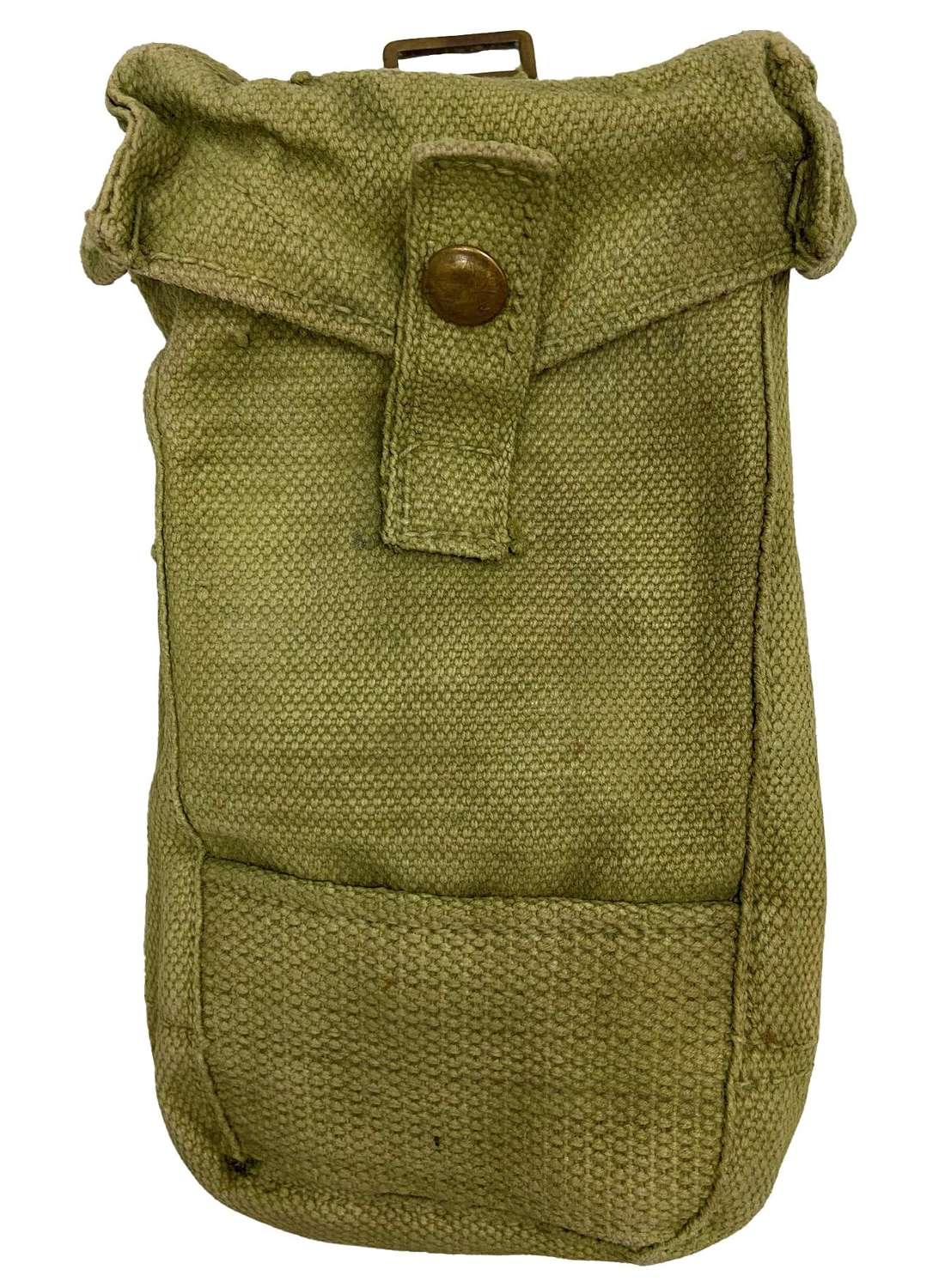 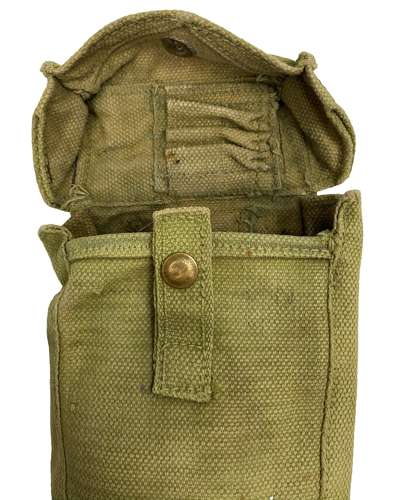 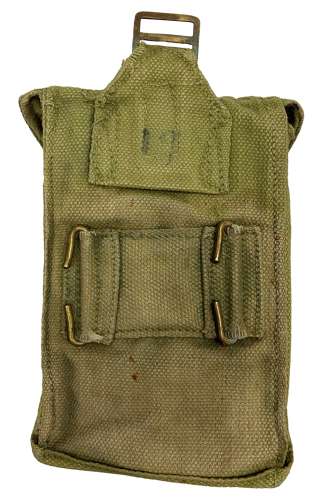 This rare pouch is of the earliest design which was superseded by the Mk2 and Mk3 pouches respectively throughout the Second World War. The MK1 pouch features a far higher belt hanger which makes the pouch sit lower on the belt.

The pouch features brass fittings and has had a coat of a light coloured blanco which appears to be shade No.103. Inside the pouch are three balisite loops which were a feature on the MK1 pouch.

The overall condition of the pouch is good and it displays well.

This pouch would make a great substitute for a British made example for someone who wishes to build an early War BEF web Set.