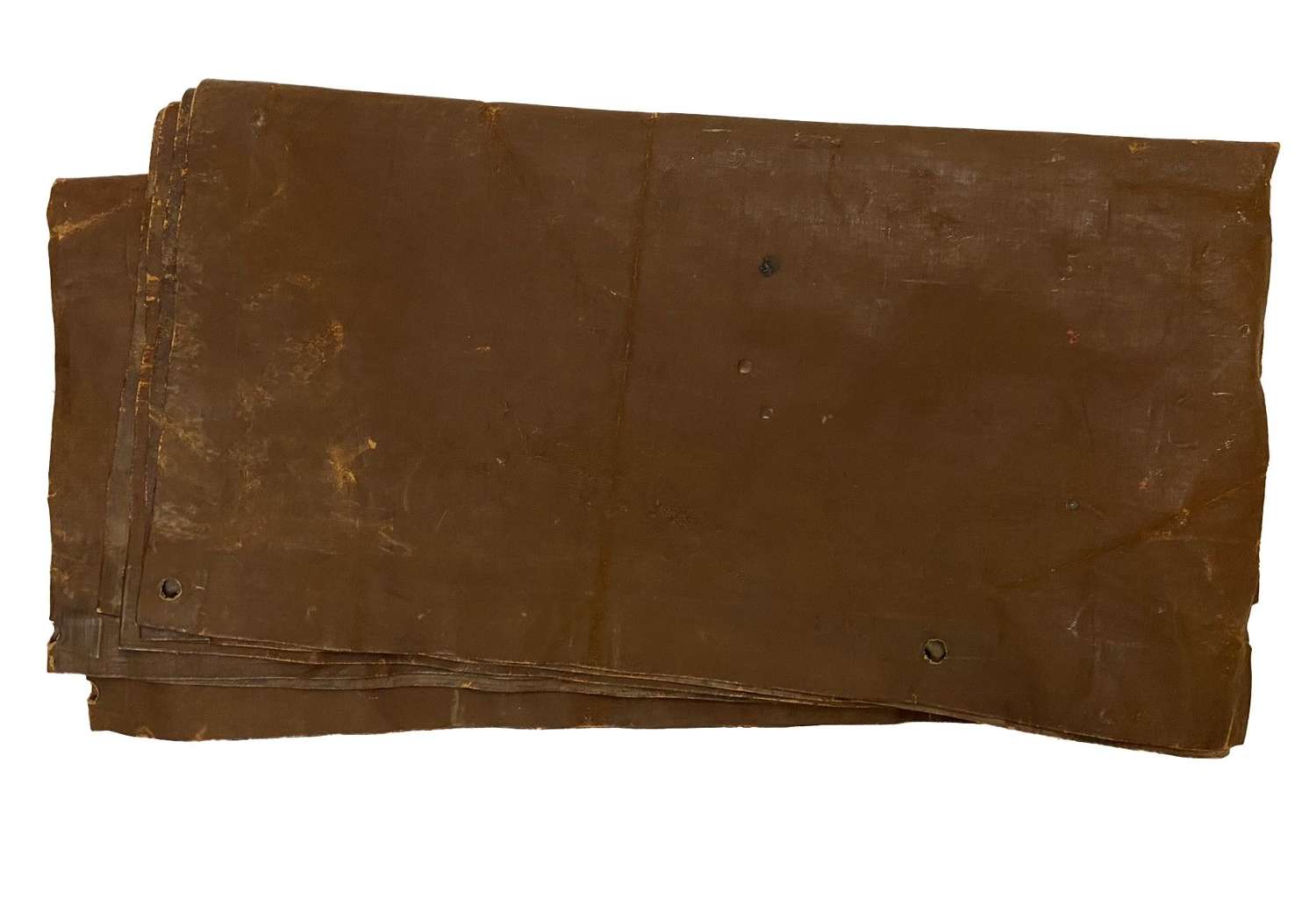 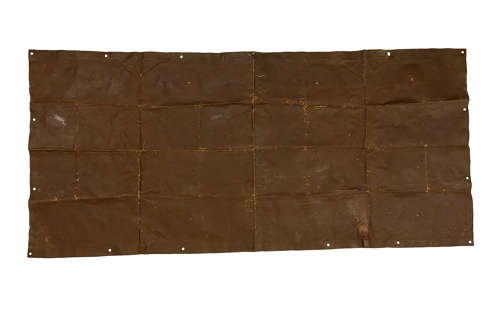 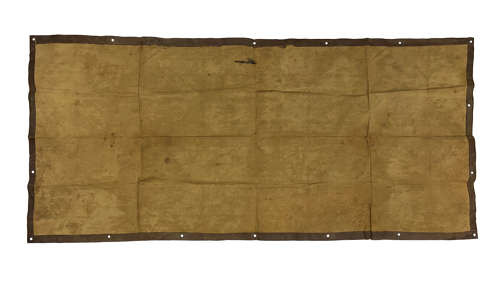 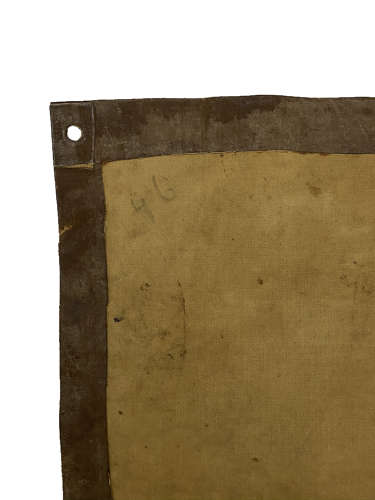 Brown rubberised capes were introduced in 1917 and saw service throughout the inter-war period and into the Second World War. This is the ground sheet version which is made from the same material but in a rectangle, rather than as a cape. They were usually carried folded under the flap of the small pack and were a crucial piece of equipment for every soldier to have.

This example has been used as can be seen in the pictures. Sadly there is no date or makers marking visible but this style was replaced in 1941 with the tan coloured pattern. There is some flaking and cracking to the brown exterior and some stiffness. There are lines where the sheet has been folded up previously but overall it still displays fairly well.