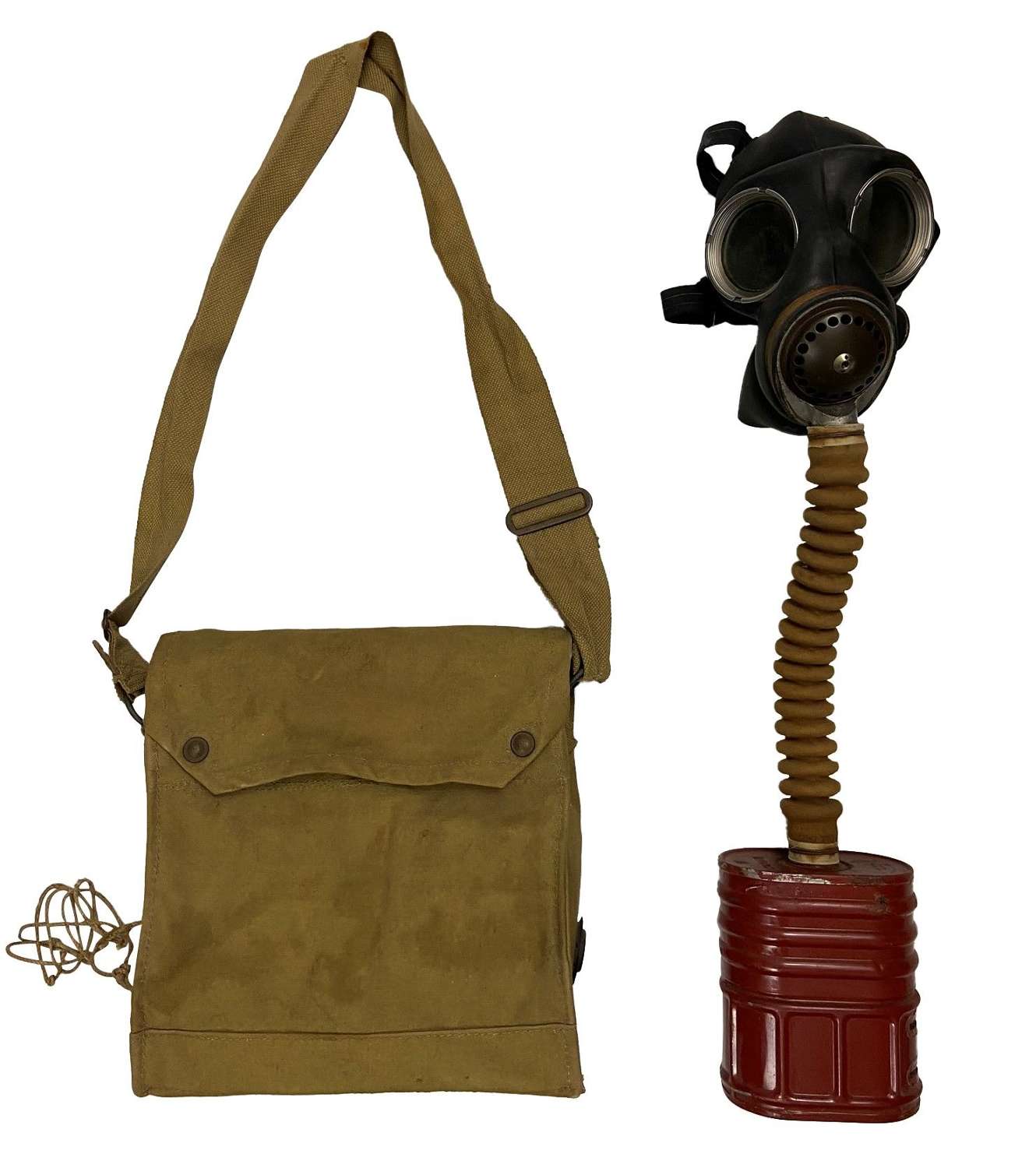 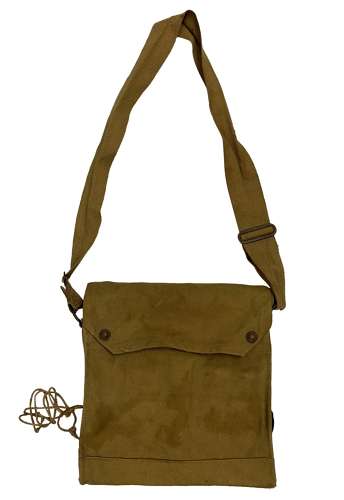 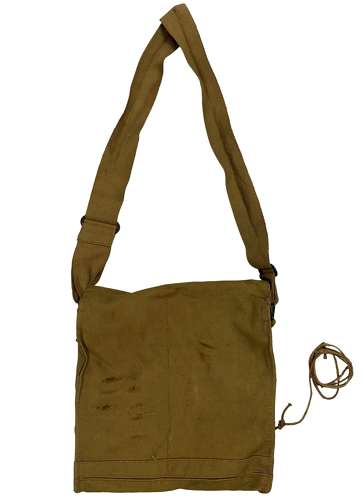 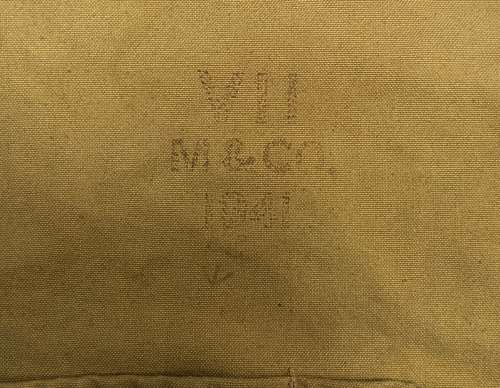 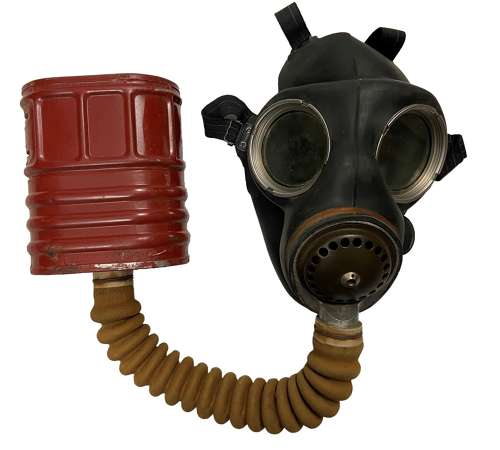 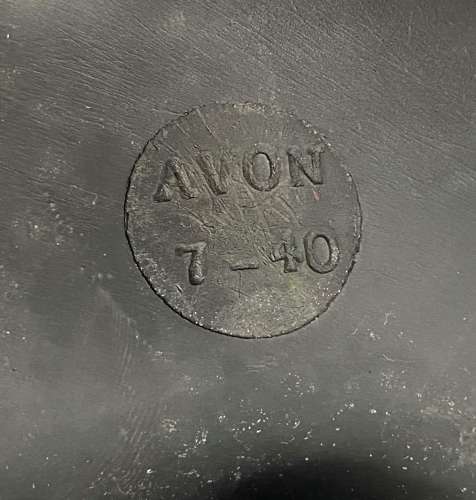 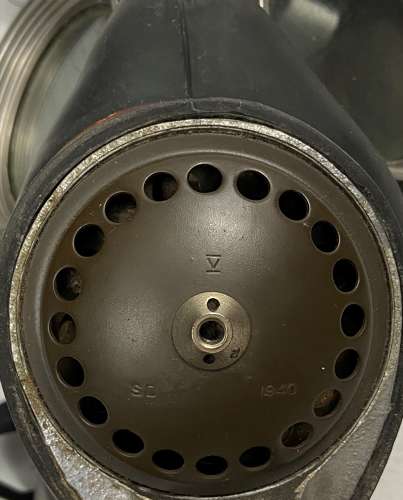 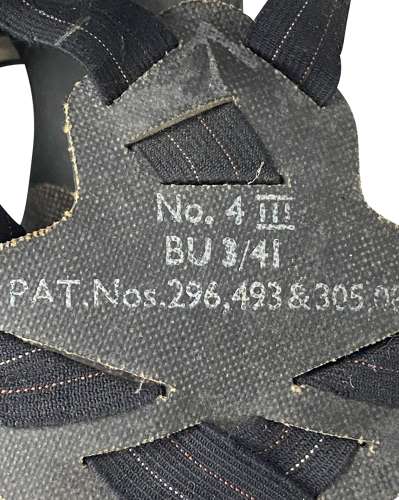 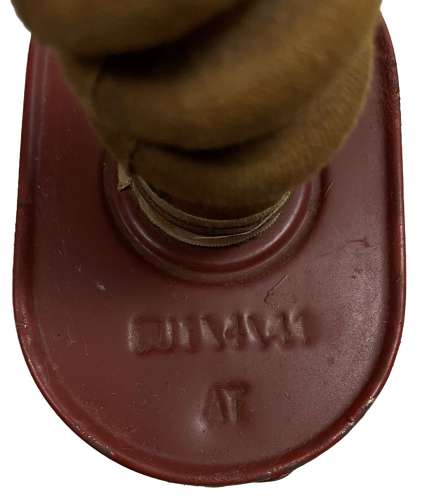 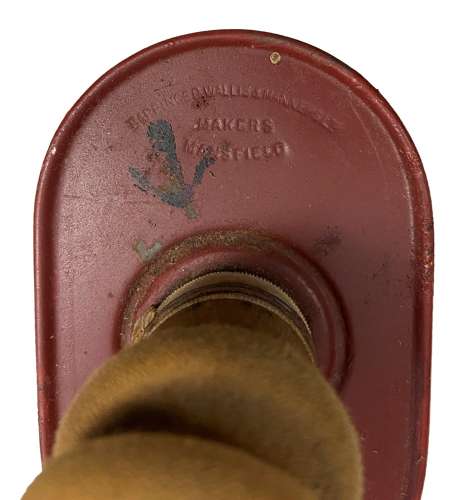 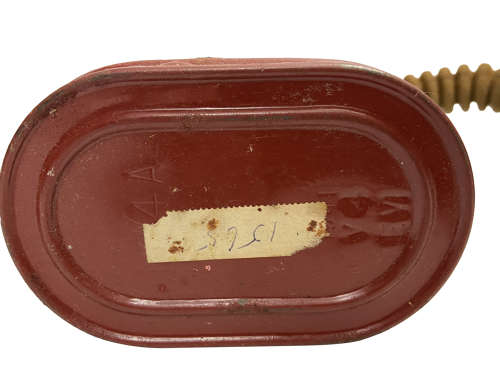 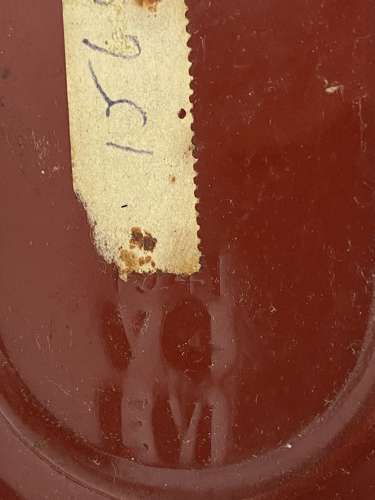 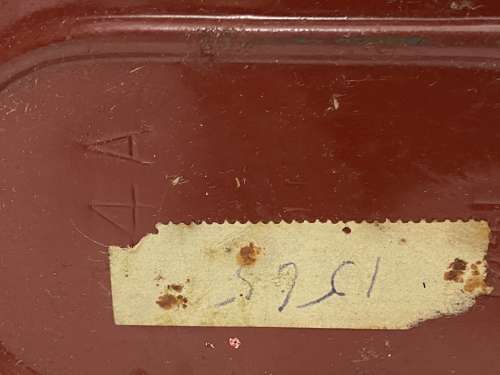 The gas mask itself is a nice example with good clear date and makers name 'Avon'. The head harness is also marked and bears the date of March 1941. The respirator haversack is made from a khaki coloured duck cotton and bears the makers name of 'M & Co' as well as the 1941 date. Inside the bag cardboard sections have been fitted to give the bag a square shape, making it smarter when worn. The original cotton waist was also still present inside the bag as can be seen in the pictures. The original string which is used to fasten the haversack onto the wearers chest whilst worn at the 'alert' position is still present too - These are quite often missing on examples offered for sale today.

The overall condition of all the items is good with some signs of age and service wear which is to be expected. Please study the pictures provided.

A nice original early war example which would make a nice addition to any collection!