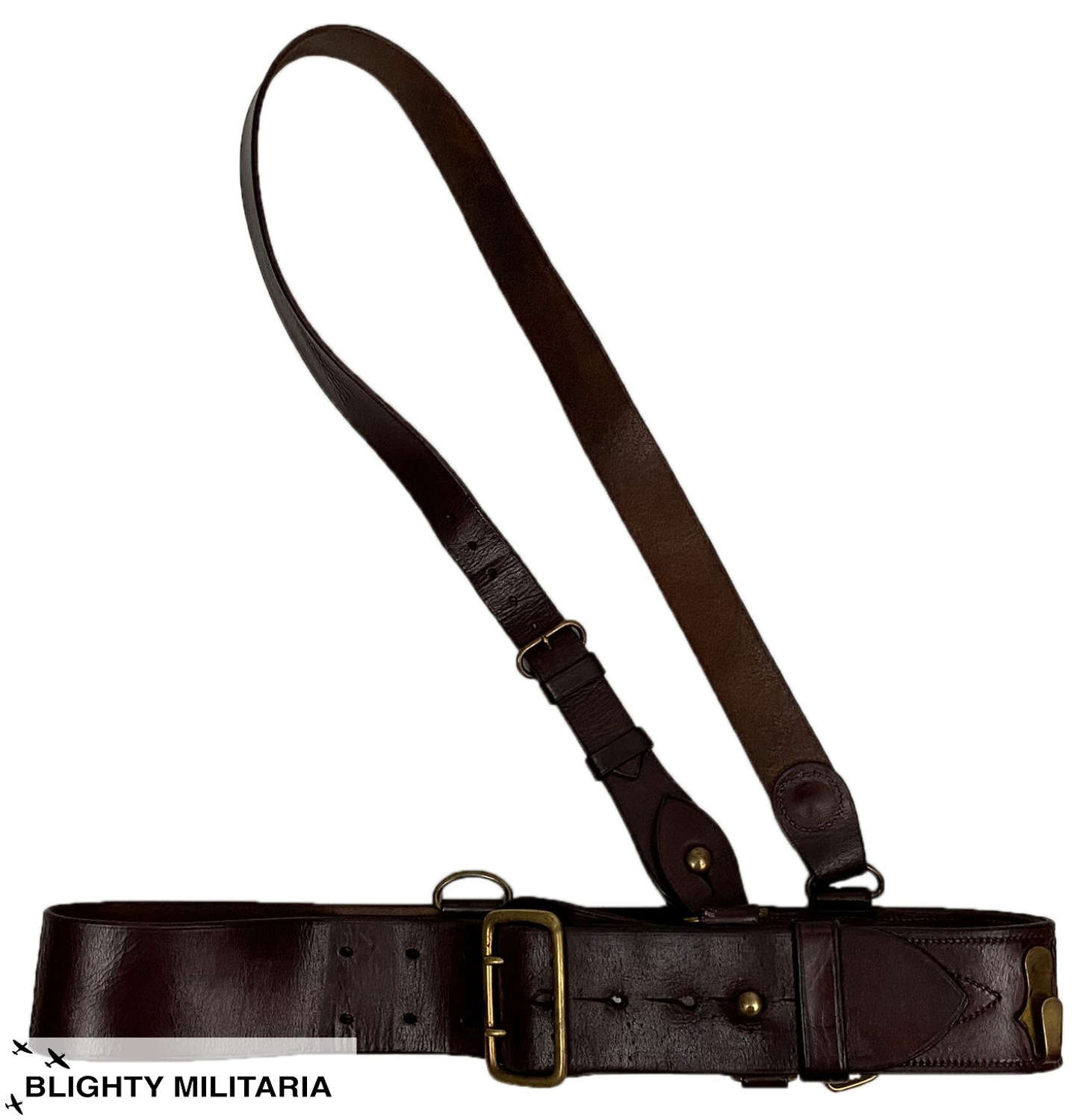 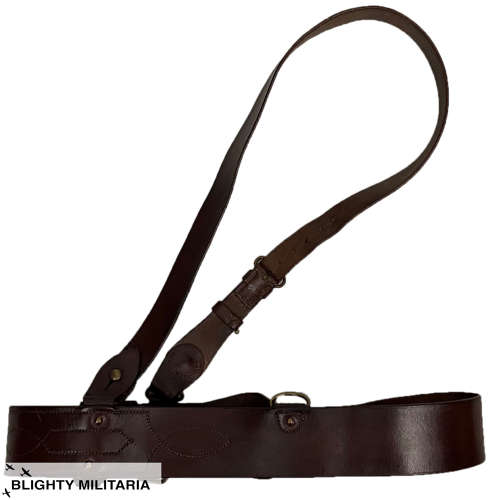 This pattern of belt was worn by officers throughout the 20th Century. This example is undated but the pattern was used during the Great War, the Second World War and throughout the post-war years.

The belt will fit around a 30" waist with the smallest size being 28" and the largest being 34".

The belt is in good condition as can be seen in the pictures. The leather is in nice condition and all the brass parts are present and in good order.

A good example of this pattern of belt.