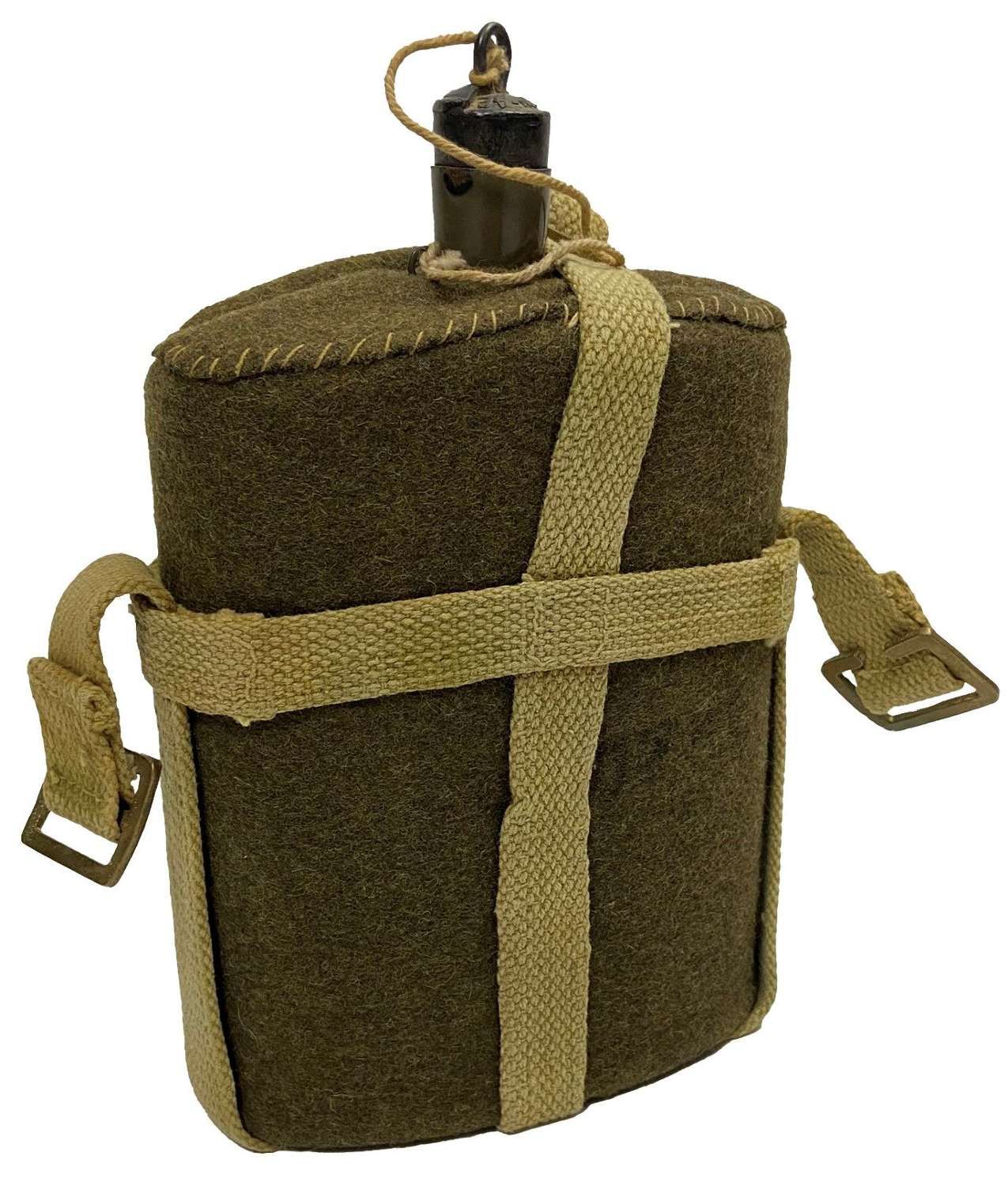 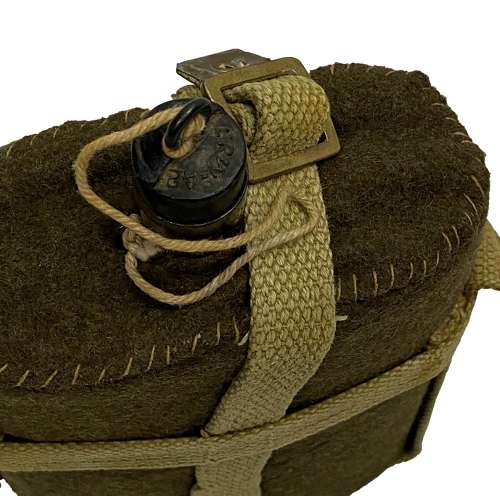 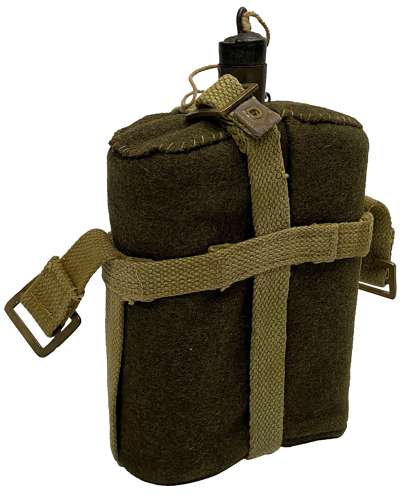 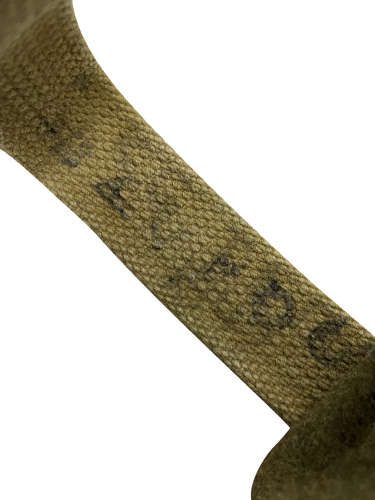 The MK VII water bottle came into use with the British Army in late 1939 and saw use with the BEF in 1940 and carried on in service throughout WW2 and into the 1950s. This example is complete with its webbing cradle, often referred to as ’skeleton’ pattern which has some traces of shade 103 ‘pea green’ blanco. The cradle is Indian made as is evident by the top fastening which is a twig buckle rather than a pop stud.

Intersting the cork is metal rather than the cork type usually found. The original string is still present which attaches it to the water bottle.

There are some markings to the cradle which are illegable and none on the canteen meaning it is impossible to date this exactly. It is none-the-less the correct pattern for WW2 as well as the 1950s.

A nice original example which would be ideal for the collector and re-enactor alike!