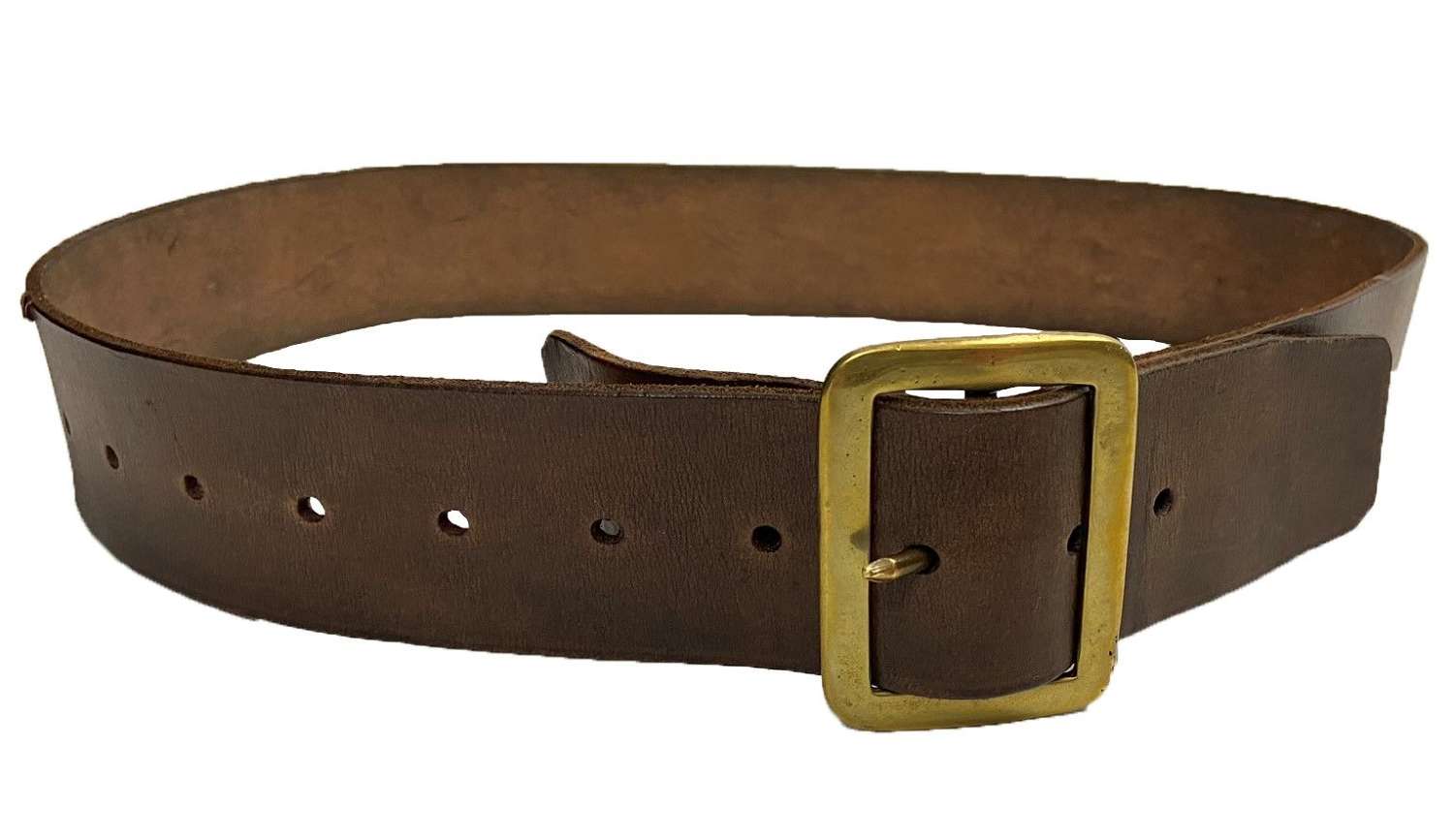 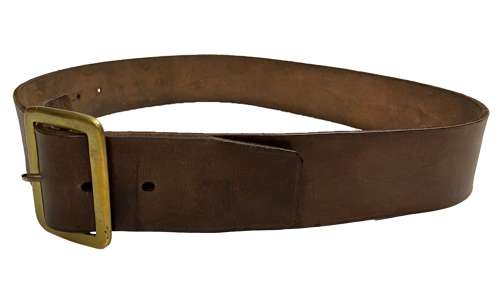 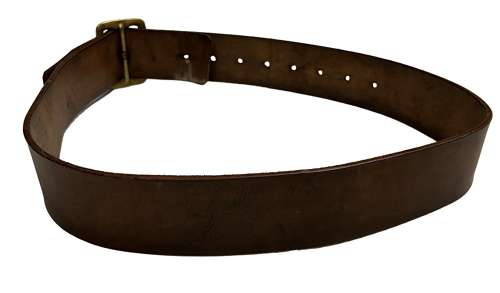 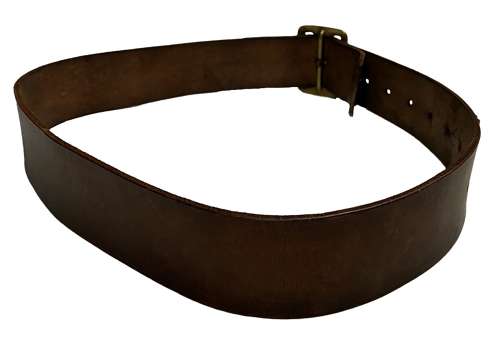 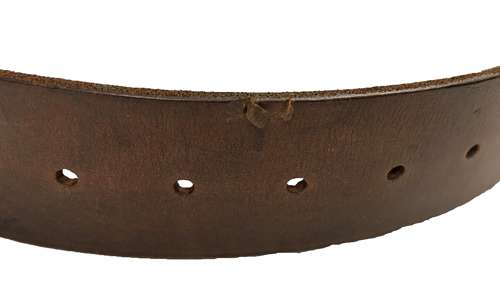 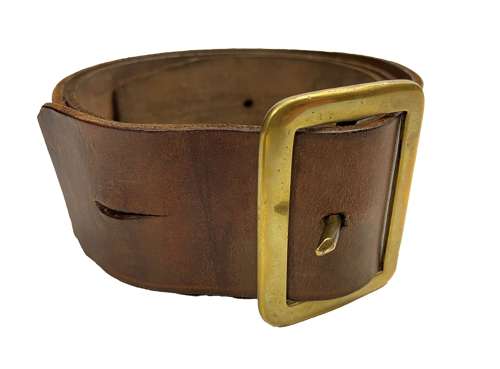 An original 1903 Pattern British Army leather belt as won during both World Wars.

It is often seen worn as a trousers belt in both World Wars but is also seen worn over the Service Dress tunic by mounted troops, Military Police and more. The Home Guard used this belt during the Second World War and it formed part of the Home Guard webbing set.

This particular example has no date stamps or similar as far as I can see, and due to their long service life are impossible to date accurately when not marked. Both the leather and brass have good age to them though and it certainly wouldn't look out of place with either First or Second World War items.

The belt has a large number of holes meaning it could fit someone from a 24" waist to a 34" waist. The buckle could also be moved to a second hole (the hole can be seen in the last picture) which would allow a couple of inches extra.

Altogether a nice example of a 1903 belt. It would suit a re-enactor or collector very well.