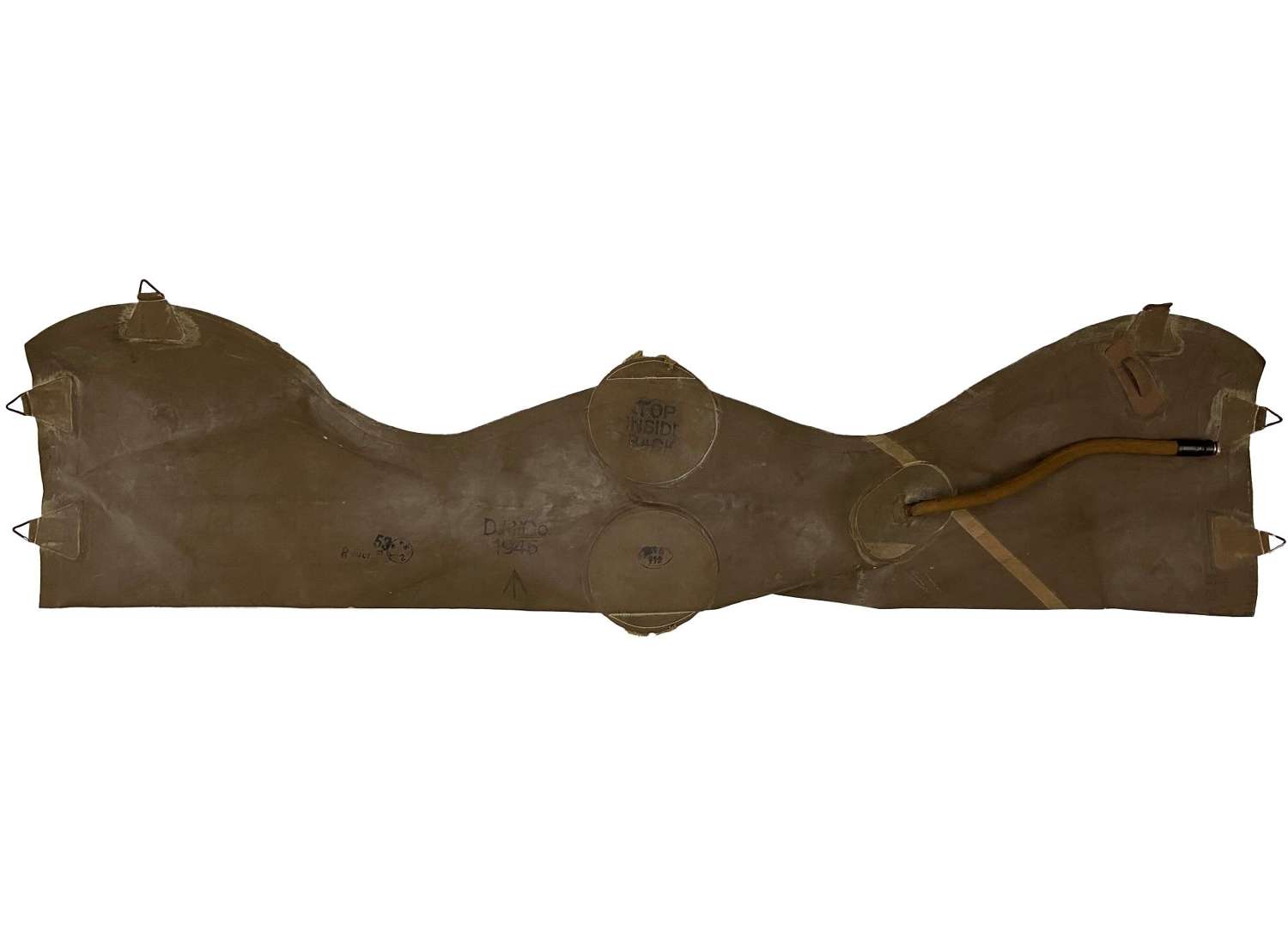 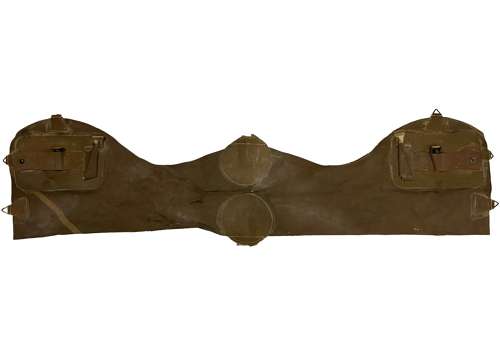 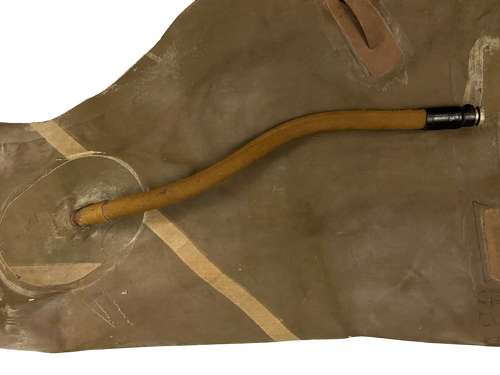 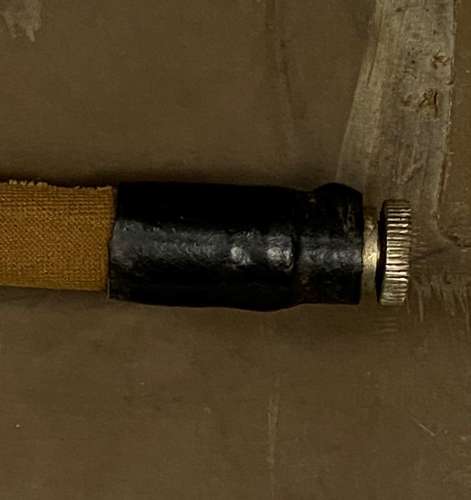 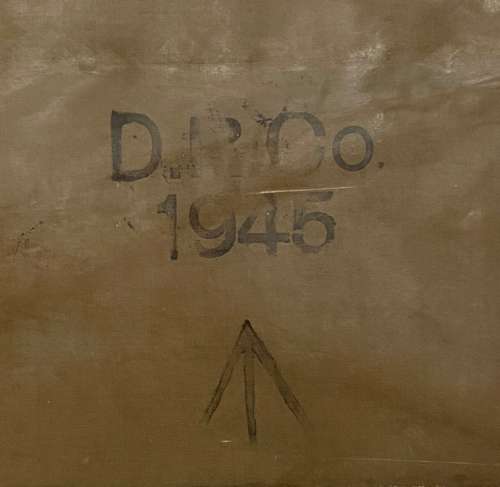 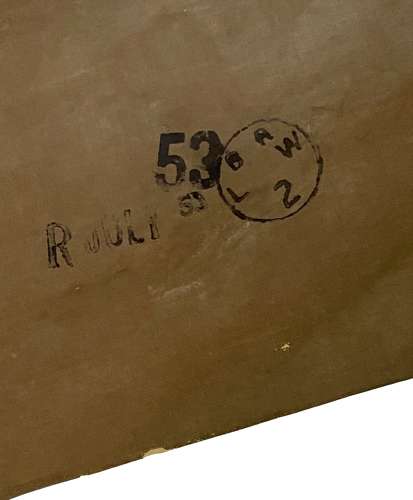 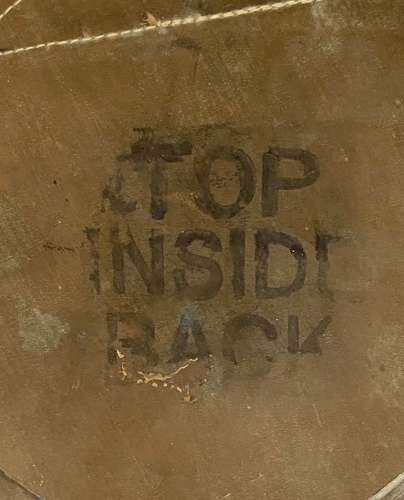 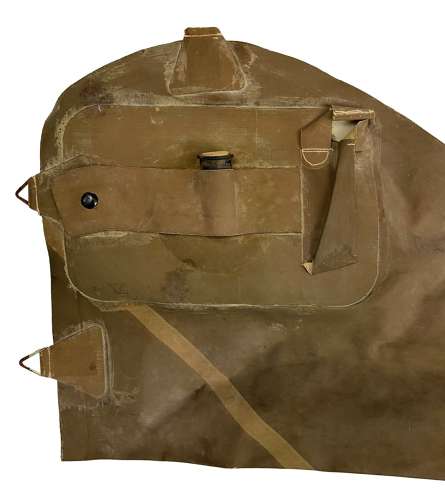 A rare original Airborne Forces Lifebelt dated 1945 as used in by various airborne units in the Second World War.

Officially designated 'Lifebelt, Inflatable MK IV' this pattern of life preserver was designed for and used by airborne units during WW2. It is made from a grey-green coloured rubber in a waistcoat style. The front features an inflation tube of the same style as was used for the standard life preservers, as well as RAF Mae West bladders. Originally this life jacket had four cotton tapes which would have been used to secure it to the wearers body. These have been removed but there is clear evidence of where they were originally. These could be refitted by somebody with the right skills.

The interior features pockets which are designed to house two CO2 canisters for inflation. There are also a number of markings including the Makers initials of 'D. R. Co' and the 1945 date.

The vest is in good condition for its age and displays well. It is supple and there are no signs of serious wear or damage. As previously mentioned the straps have been removed but this has been reflected in the price.

A nice original wartime item which is a must have for the serious Airborne Forces collector!