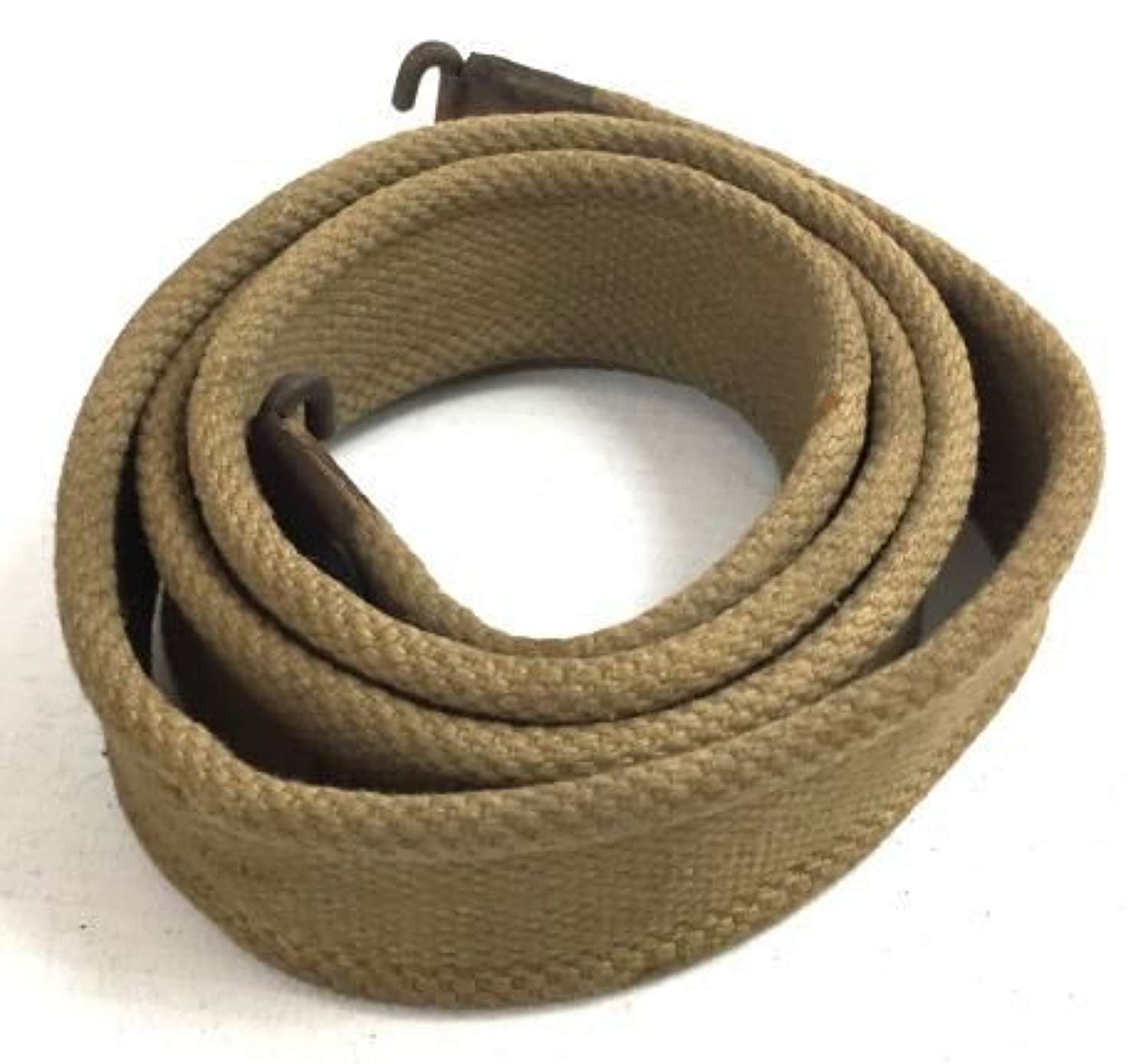 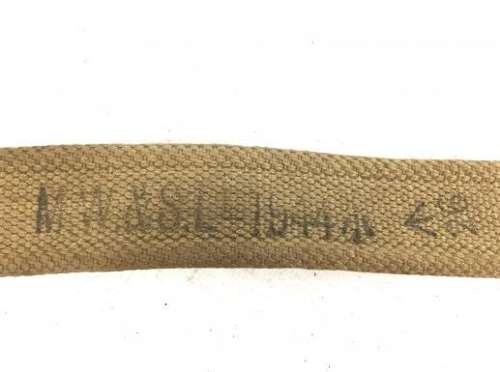 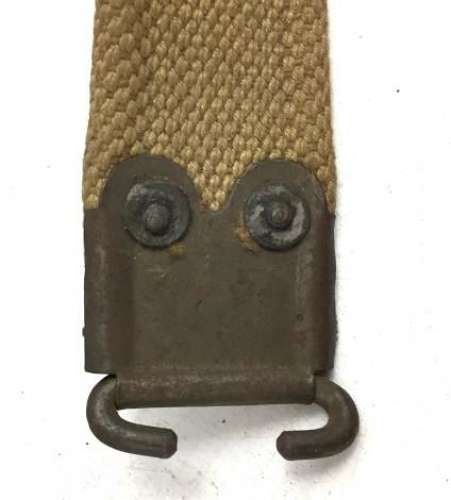 SOLD
An original 1944 dated British Army Webbing sling as used throughout the Second World War and a variety of weapons including the Lee Enfield SMLE and No.4 Rifles.

Overall good condition with only limited signs of wear and no signs of being blanco'd previously. The metalwork is typical of mid to late war manufacture.

The sling is clearly maker marked 'M.W. & S LTD' and is dated 1944. It also bares a War Department inspectors stamp made up of a broad arrow and the numerals '27'.

All in all a nice original wartime dated piece of webbing, the like of which is becoming harder to find.