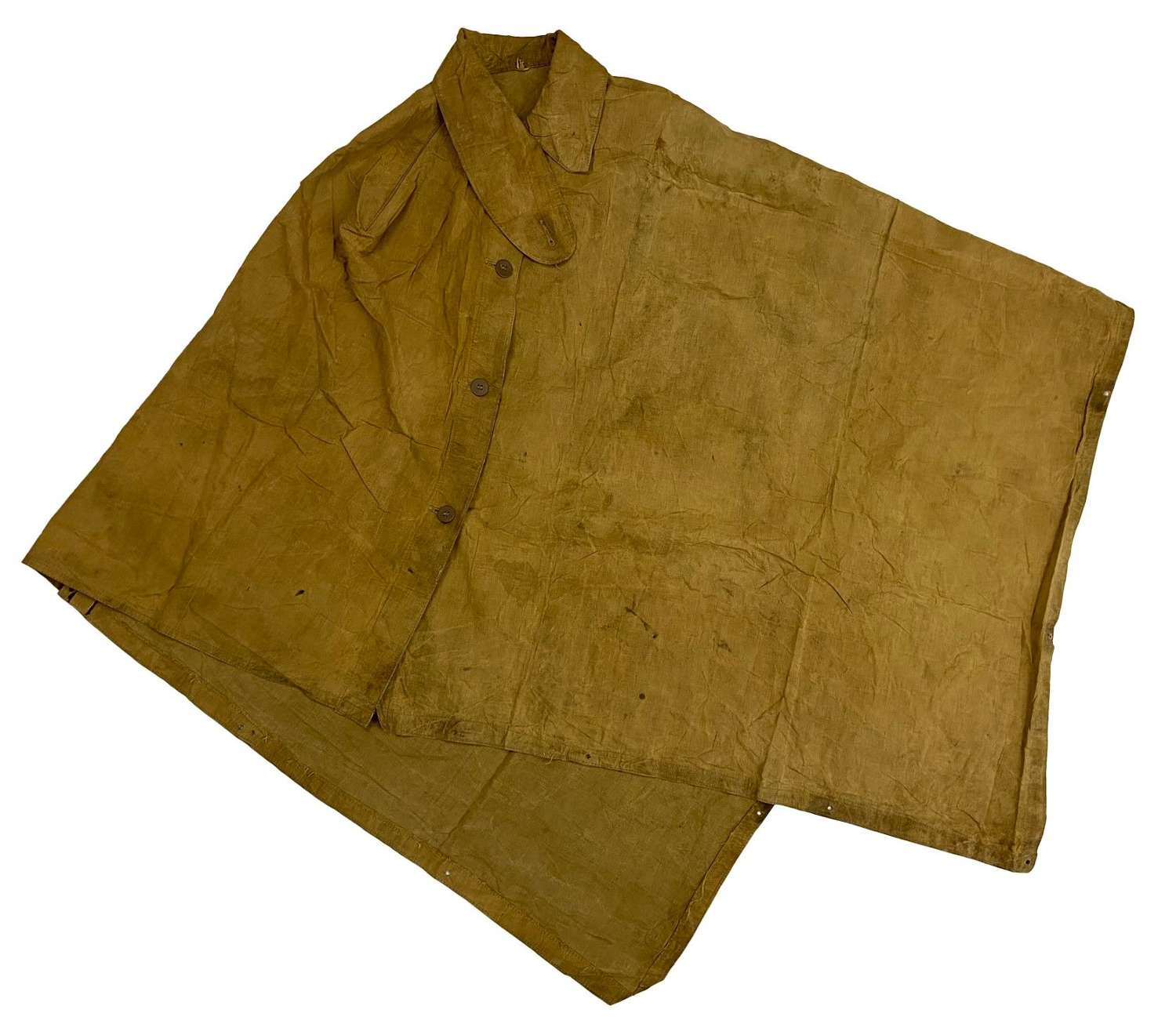 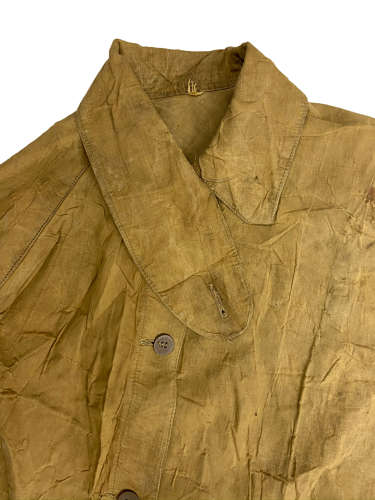 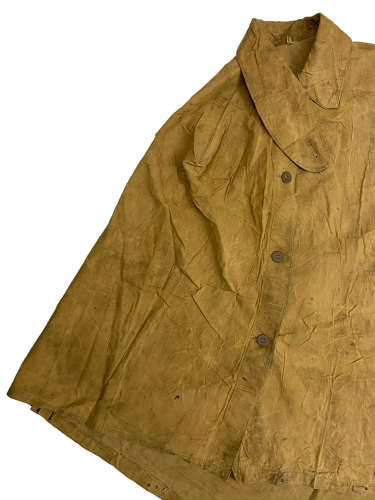 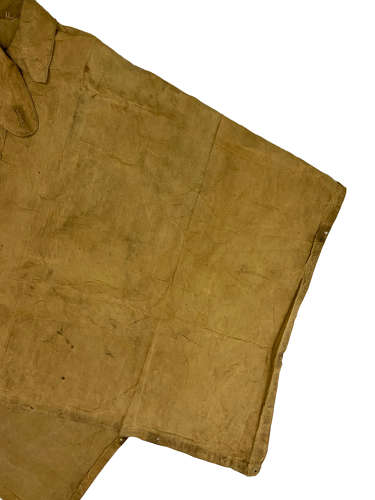 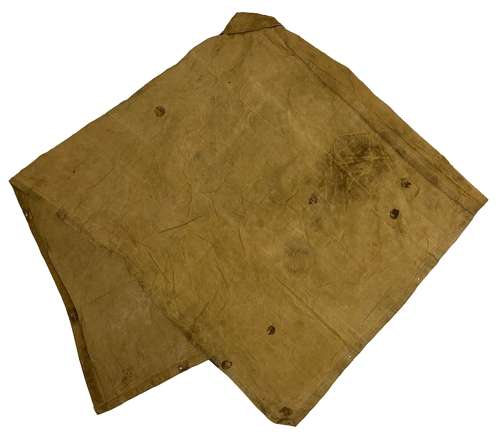 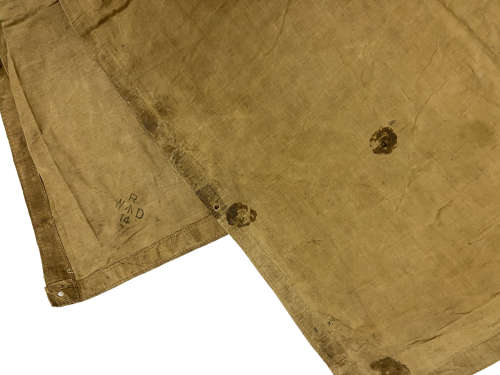 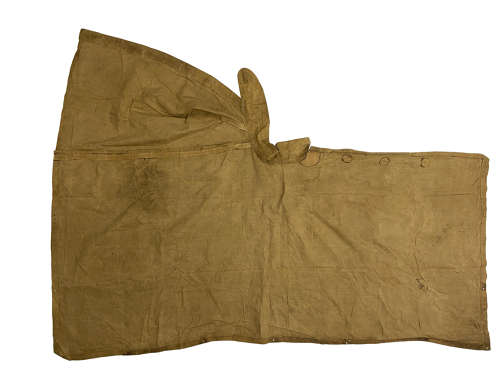 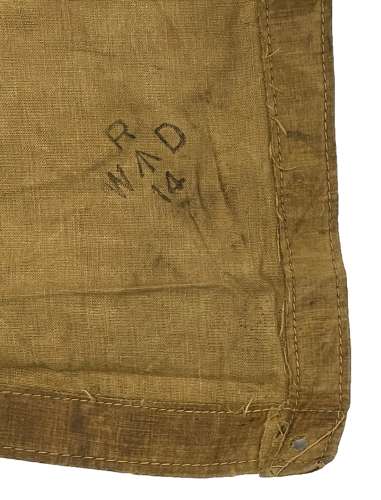 This pattern of cape was introduced in 1941 and followed the same basic pattern as those issued during the Great War. These tan examples were superseded the earlier brown versions and were replaced in 1945 with the more common green variety. This pattern saw widespread issue with British soldiers through the Second World War, being carried under the flap of the small pack by many across Normandy, Italy and many other countries fought over by British forces between 1941 and 1944.

This pattern is made from a khaki coloured rubberised cotton and features simple stamped holes to the edges rather than the brass eyelets found on earlier examples. All the buttons are present to the front and collar.

The cape is in good condition for its age with various signs of age and wear. There is plenty of staining and hole which appears to be a cigarette burn to the rear. The cape is still very pliable and not stiff or crispy as many surviving examples are today. Please study the pictures to ascertain a clear idea of the condition.

A nice original example with a clear wartime date. This would suit a collector or re-enactor well!