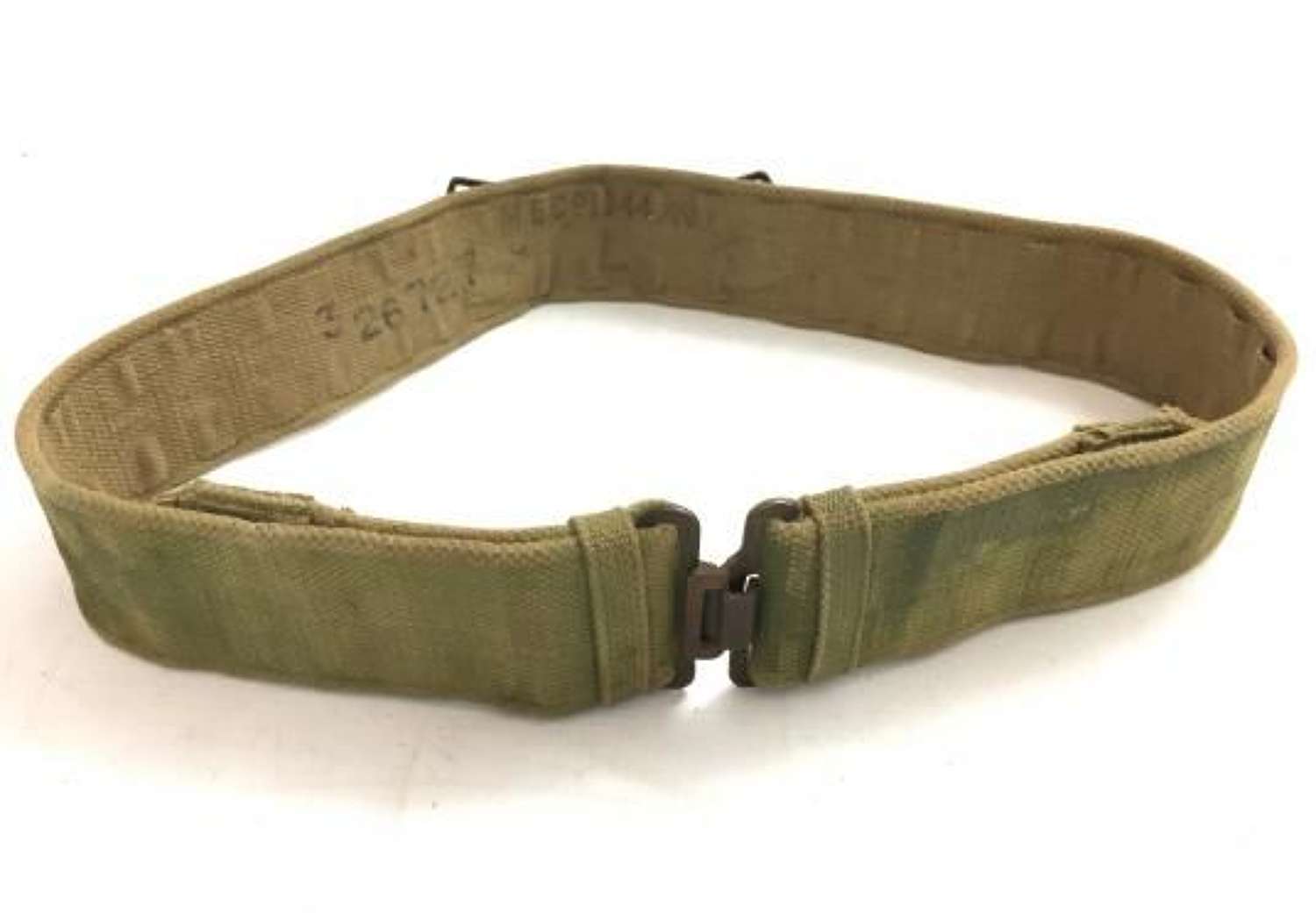 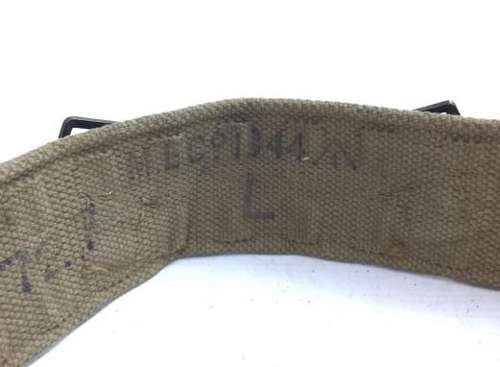 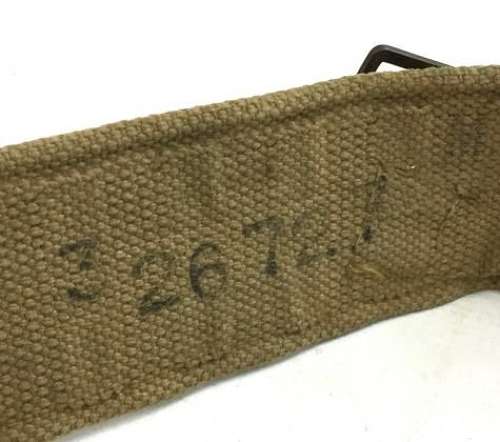 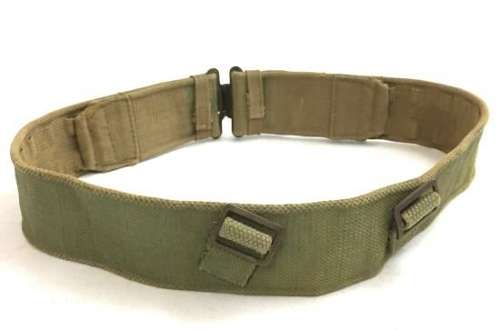 This pattern differs from the earlier pattern by having webbing sliders either side of the buckles rather than brass. The construction of the end of the belt (seen inside the belt when buckles are attached) is also different to earlier belts and was implemented as an economy measure to save on materials.

The original markings are still present inside the belt and nice and clear after 75 years. It was made by 'MECo', or 'Mill Equipment Company' who were the original and most prolific manufacturer of webbing for the British Army during both World Wars. The 1944 date is present as is the War Department broad arrow marking and the letter 'L' which denotes the size.

As stated on the interior of there belt it is a large size and when fully extended measures approximately 44" long making it ideal for both the collector and re-enactor.

The original owners serial number is also present inside the belt which may well be traceable and offers the chance for further research.

The condition of the belt is very good and it displays very well. It has had a thin coat of blanco at some stage which appears to be the correct KG3 powder variety used during the war and not a post-war oil based version which adds nicely to the authenticity of the belt.

Altogether a fantastic example of a war dated economy belt in a rare large size. This would be hard to better!