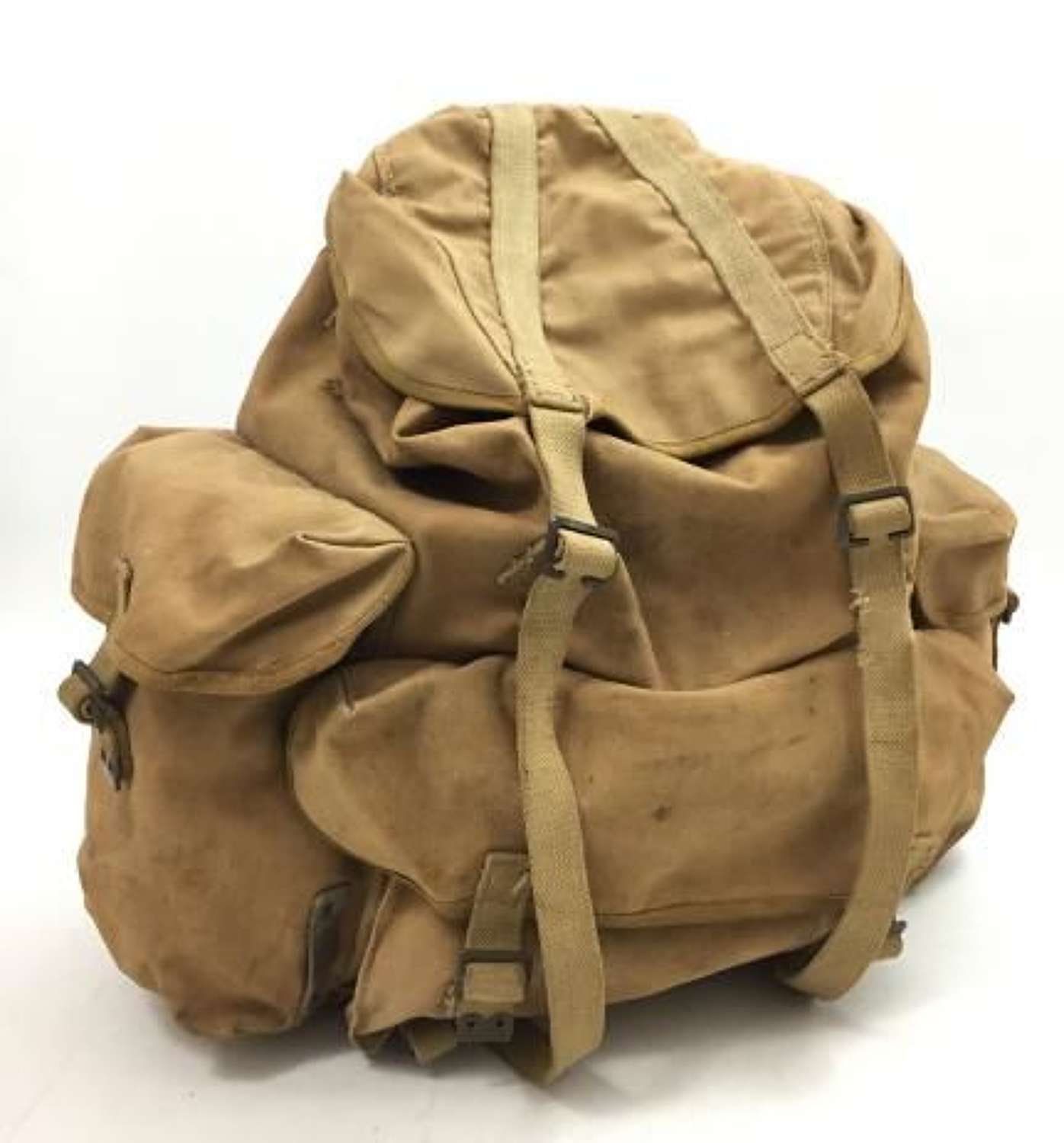 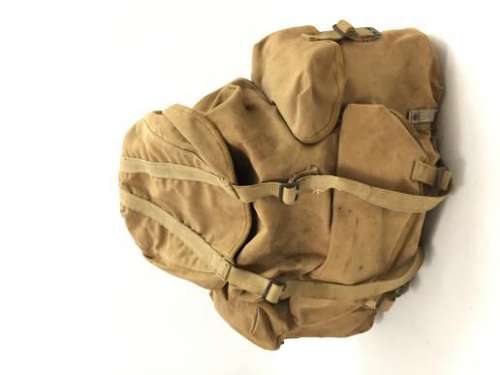 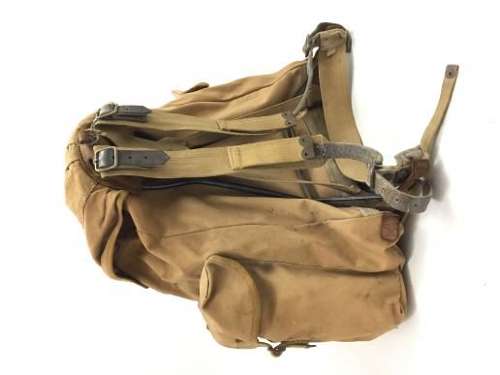 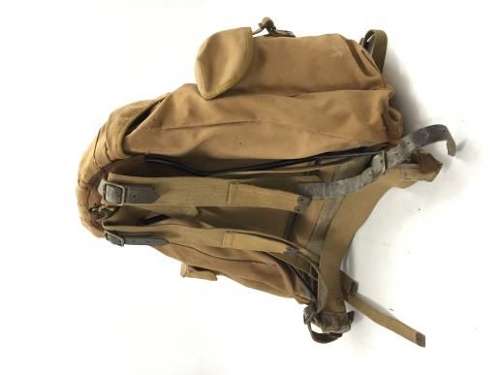 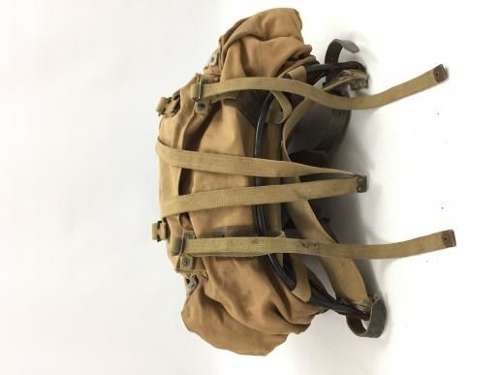 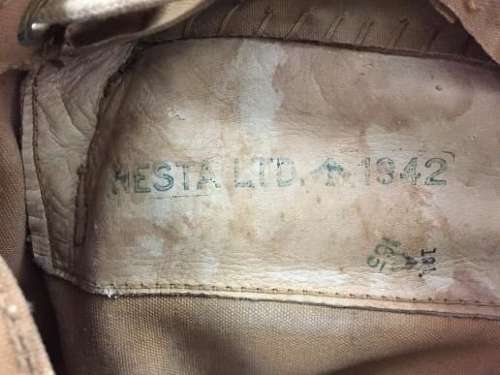 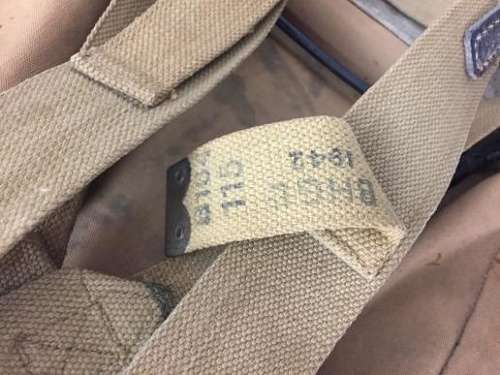 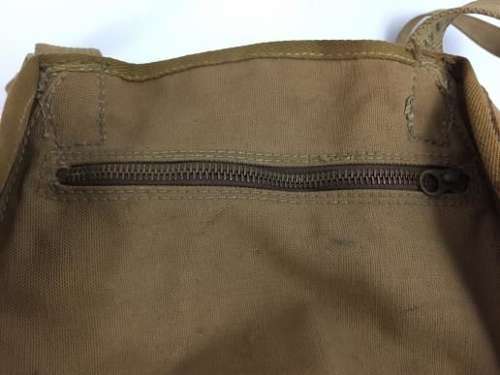 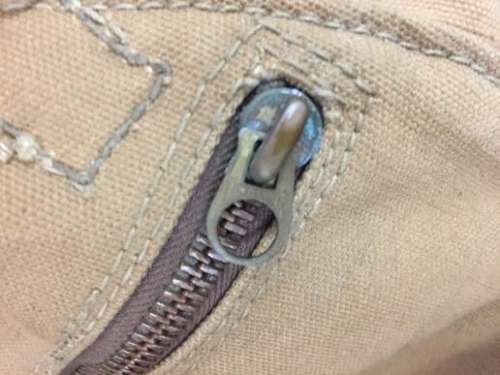 These backpacks came into issue with the British Army in 1941 making this the second year of manufacture and saw use with the Commandos as well as the SAS amongst others. This example is the earlier tan colour used up until the green version superseded it in 1944. This pattern saw use throughout the entire war.

This original early bergen was made by 'Nesta LTD' in 1942 as can be seen by the manufactures stamp inside the flap. The top of the flap houses a brass zip which opens an integral pocket and is marked 'Lighterning', a typical brand to find on period made examples. The zip works as it should. The bag also retains what appears to be the original rope running through the brass eyelets at the top of where the bag opens and is another nice feature of the this item.

This example features the standard metal frame in black which is attached to the canvas body of the bag with leather tabs which all appear to be intact. The webbing shoulder straps which are attached to the frame bare a stamp which states the manufacturer as BHG Ltd and the date a 1942, which ties in nicely with the date inside the bag.

The bag retains it two small gauge straps to the underneath which are often missing. The strap which runs around the circumference of the bag is missing however, although this isn't really visible with the bag done up.

The overall condition of the bag is good and it displays well. It has seen some us in its life and is not a mint condition example but is however a good original wartime example.

Overall, a nice early made Bergen with matching dates in usable condition.