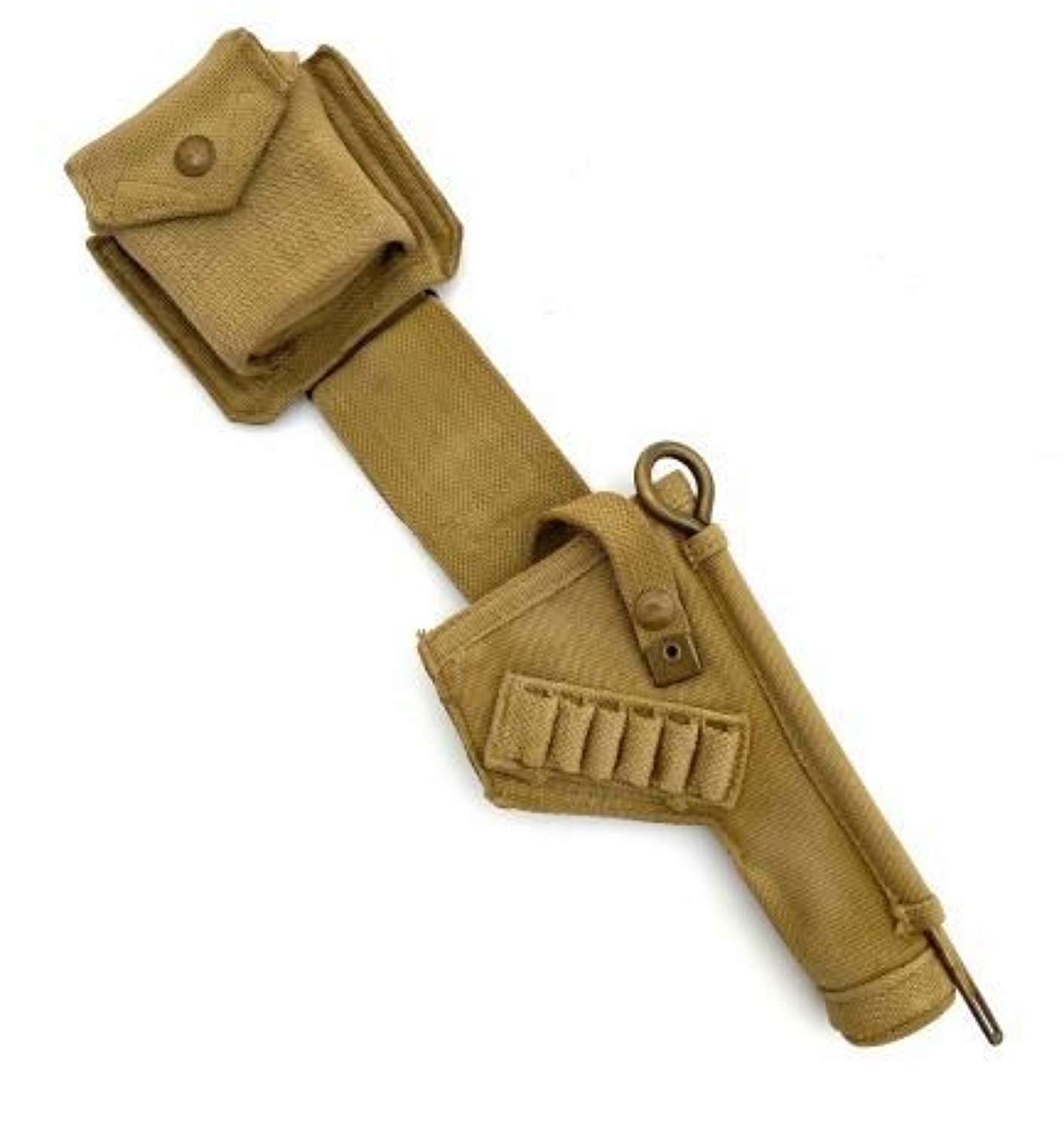 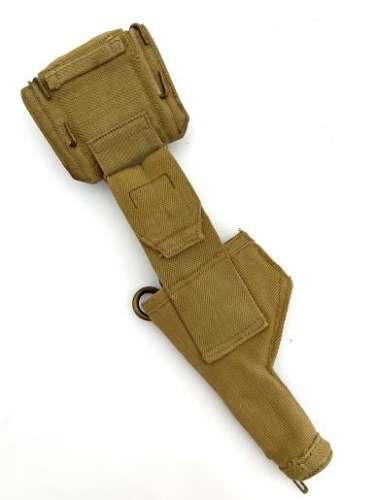 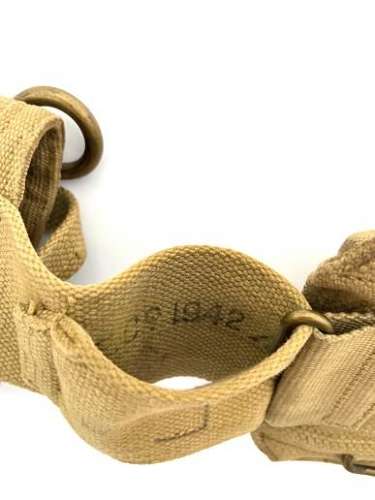 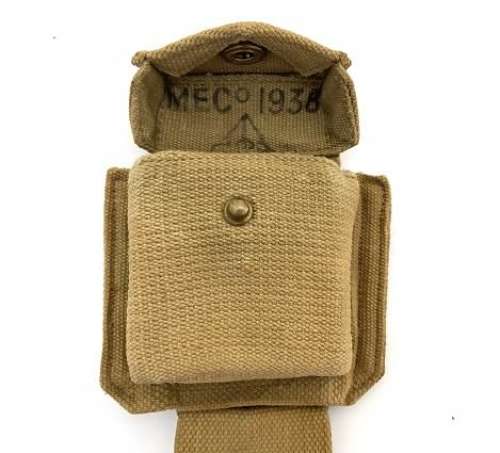 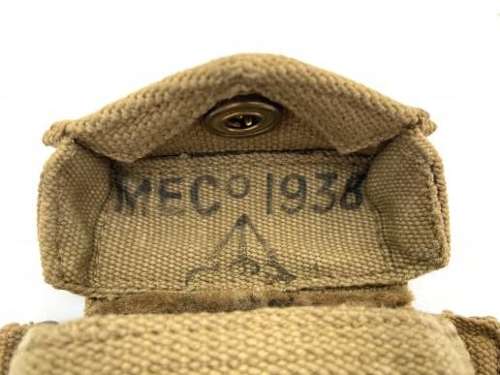 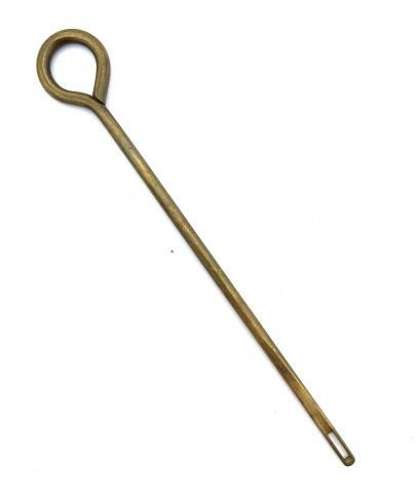 This holster was officially designated 'Case, pistol, web, R.A.C. Mk. I converted' and is often referred to as the early war 'long strap' pattern. It was specifically designed for AFV crews but the original length was soon proven to be too long for practical use leading to them being shorted, as is the case with this example. It appears to be a factory done job and is essentially an intermediate pattern before the standard late war 'short drop' MKII holster came into issue.

The holster features a set of stitched loops to the front which hold extra rounds and a long stitched pocket which holds the brass cleaning rod in place.

Inside the loop of the holster the 1942 date can clearly been seen. It is still very bright and legible and the end of the manufacturers name can also be seen which I believe to be MECo.

Attached to the top of the pistol case is a 1938 dated compass pouch. Whilst one would perhaps expect to find an ammunition pouch, these two appear to have been together for a long time and have both been blancoed with shade 61 blanco. The pouch is a very nice early dated example made by MECo in 1938 which is in great condition and has very clear markings.

Altogether a very nice matched set and a rare pattern of Tankers Holster which would make a great addition to any WW2 collection.