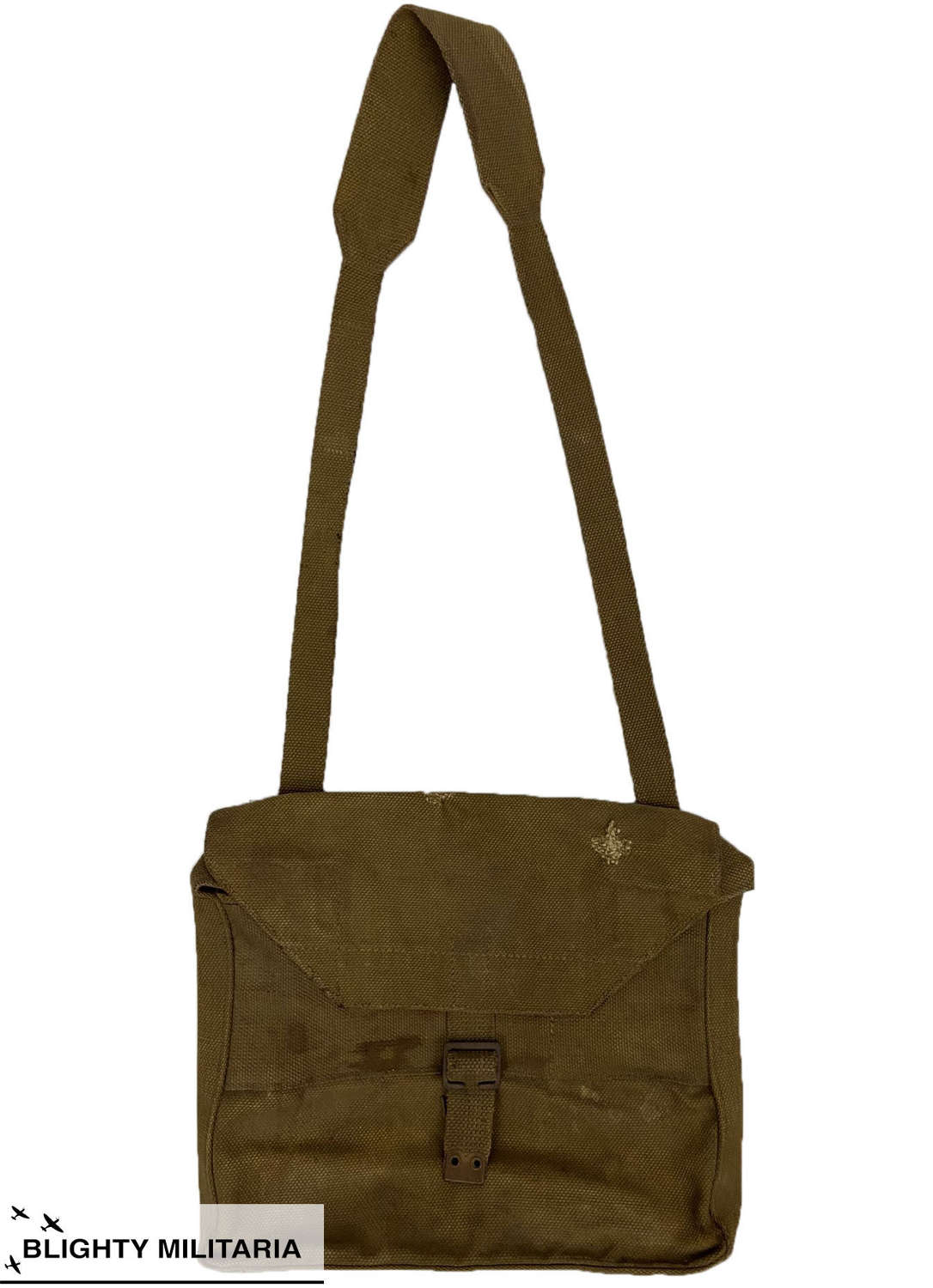 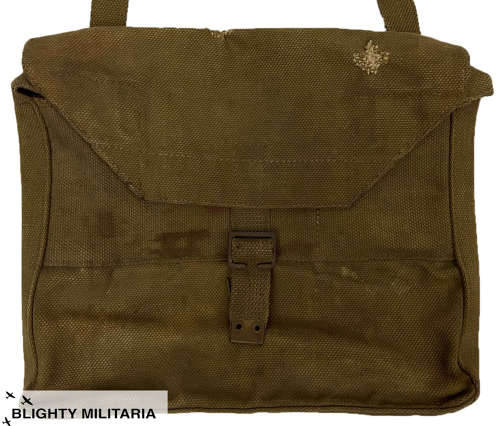 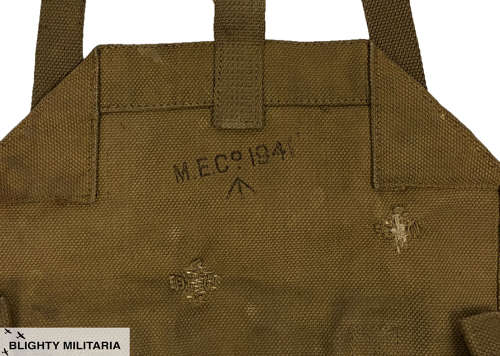 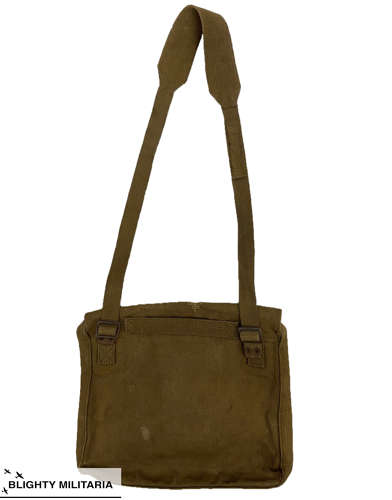 This pattern of satchel was introduced in 1938 as part of the officers web equipment which was worn throughout the Second World War. It is made from the standard webbing material and features twig buckles to the rear which attach to the cross straps when the bag is worn on the webbing set. There is also a carry handle to the rear. The front of the bag fastens with a single tab and twig buckle.

Inside the bag the original divider is still present. There are two small pockets to the interior which fasten with brass pop studs.  The maker's name of 'M.E.C.o is present which denotes Mills Equipment Company. The 1941 is also present as is the War Department broad arrow marking.

The bag belonged to an officer of the Royal Artillery who served during the Second World War. It is fitted with a single cross strap which has clearly always been with the bag - no doubt the original owner carried it in this fashion rather than attached to a webbing set.

The satchel is in reasonably good condition with some staining and signs of age as well as some period repairs. Please take time to study the pictures before purchasing.

A very original example of this pattern of bag!