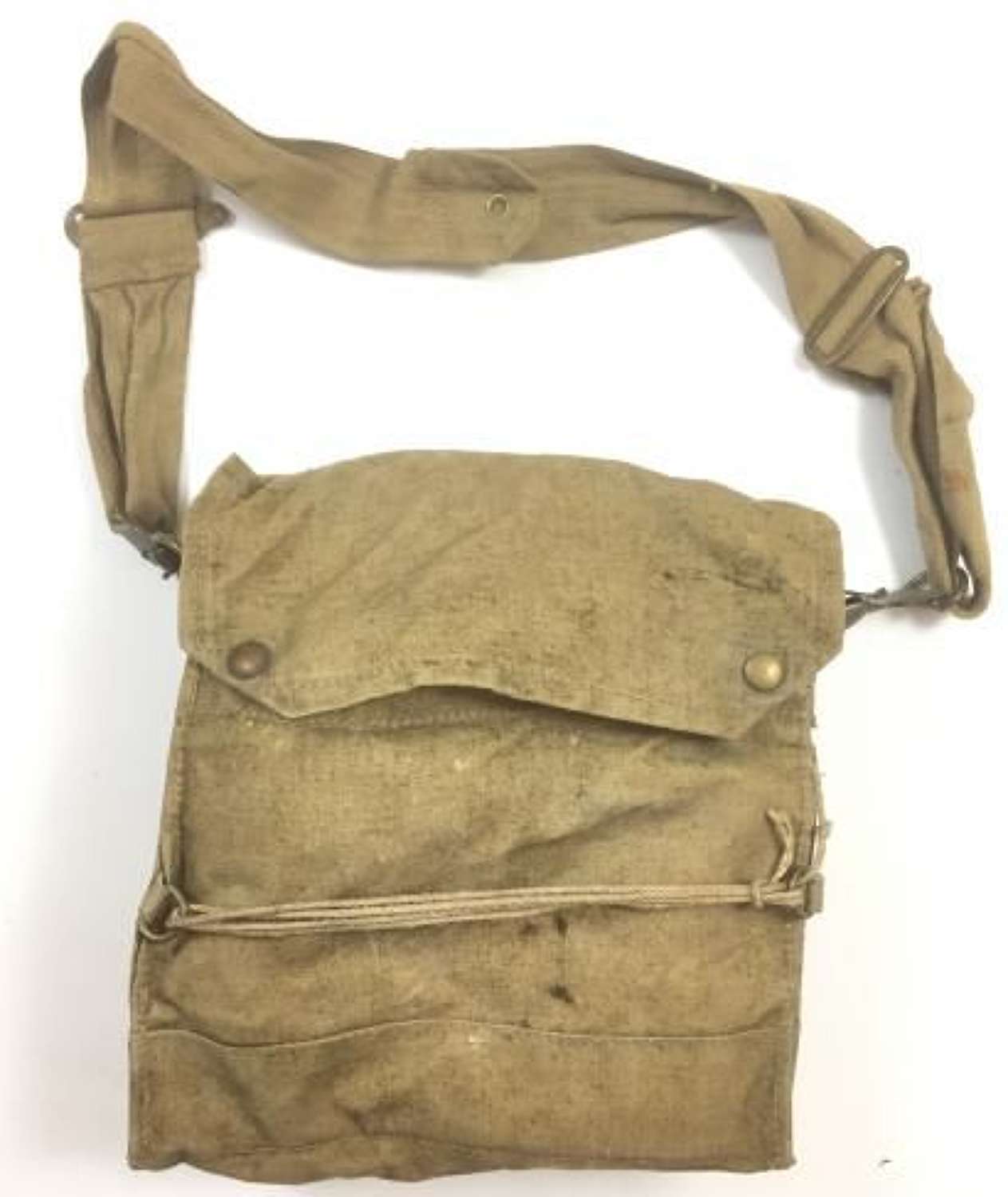 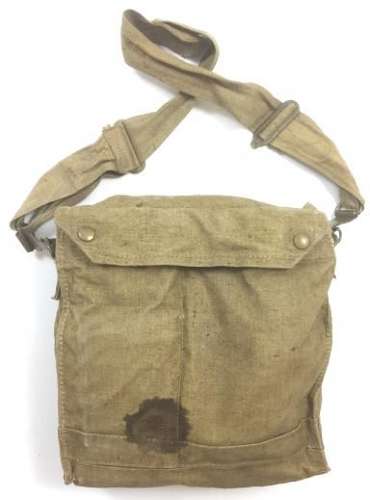 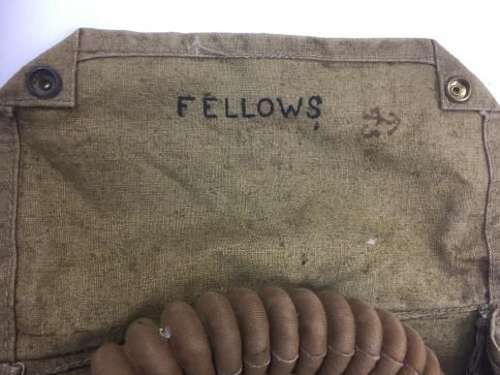 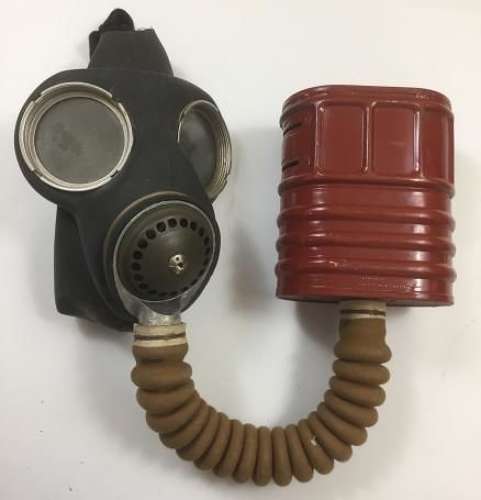 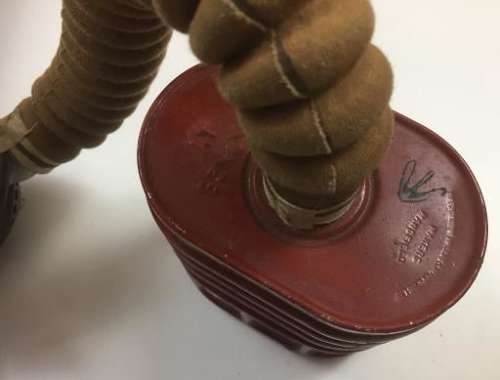 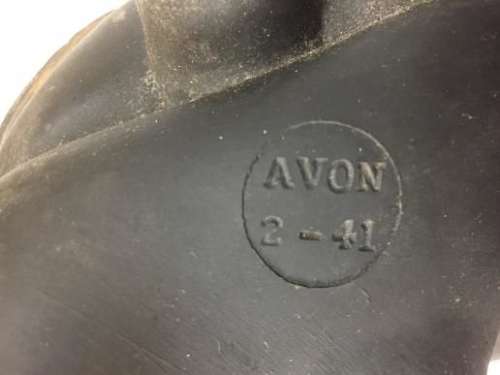 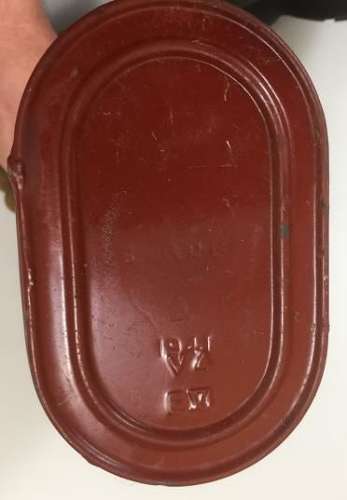 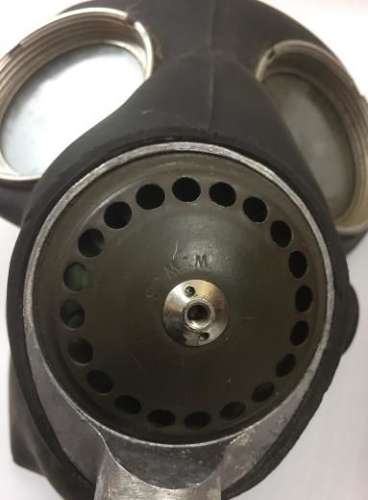 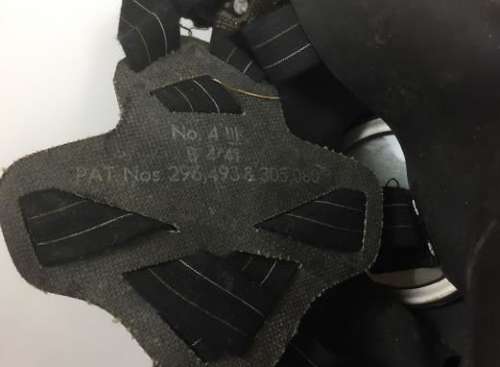 This gas mask features a MK VI chest respirator haversack made from duck cotton canvas which is an unusual variant only made for a few months during 1940-41. It features all brass fittings and brass pop studs which are all in good condition. Inside the flap the date, 1941, is stamped and the original owner has written his name, 'Fellows', in ink.

The haversack also retains its original string cord which is used to fasten the respirator to the chest when worn at the 'Alert' position. This cord is often missing or broken from bags offered for sale.

The mask consists of a black rubber face piece dated February 1941, April 1941 dated head straps and a 1940 dated green painted mouth piece. These masks were made in factories from parts bins so not all the dates will match exactly on an authentic gas mask, and this is no exception and was probably issued in mid 1941.

The hose is of the early stocking covered variety and is in good condition as is the brick red canister which is also clearly dated 1941.

Overall a nice original set which has clearly always been together. It would make a great addition to any collection and would also be well suited to re-enactment.