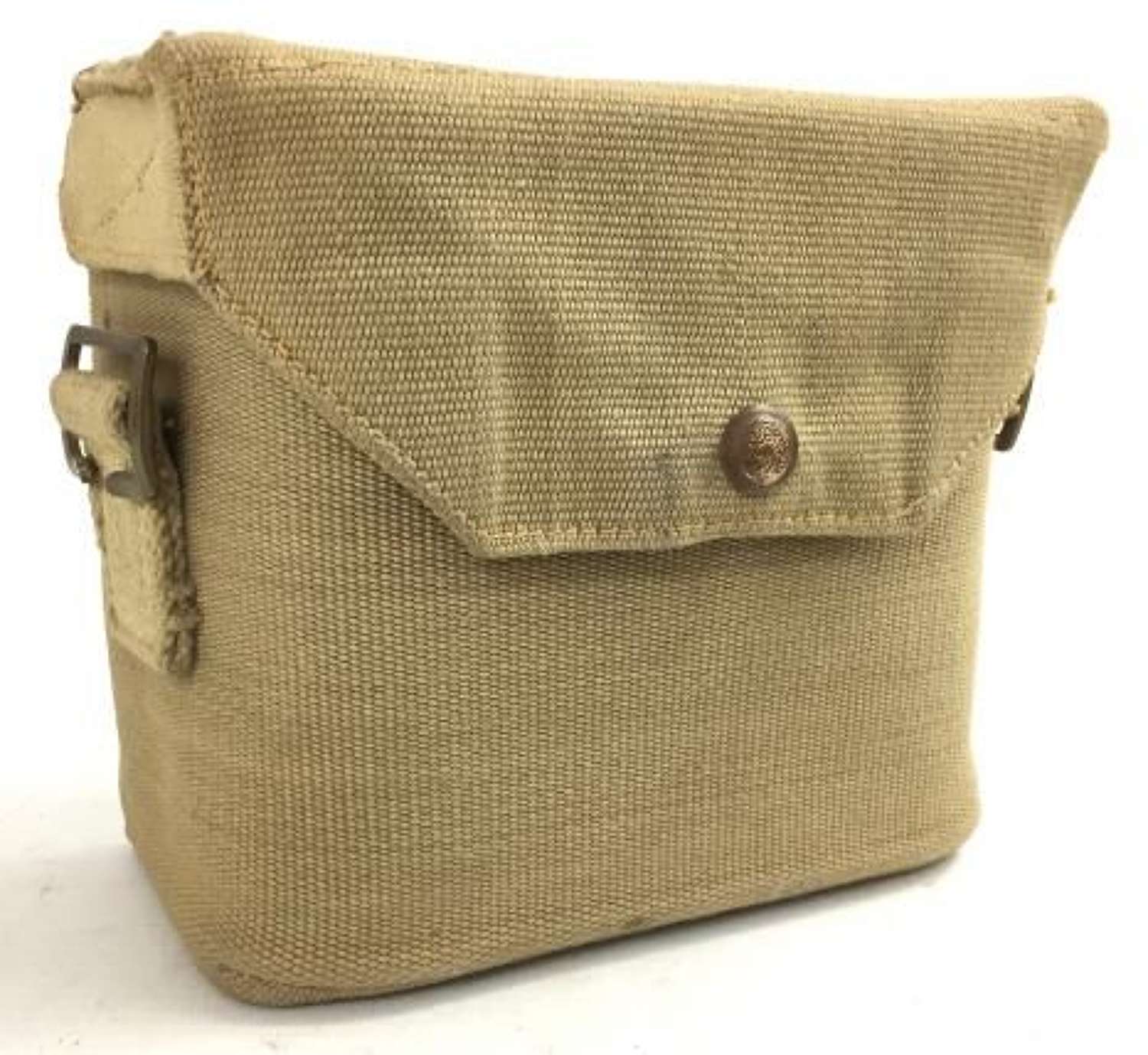 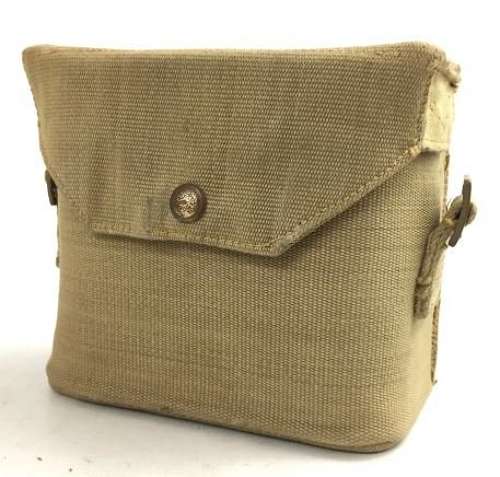 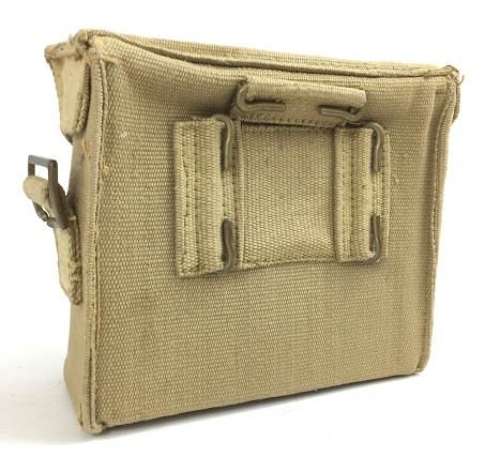 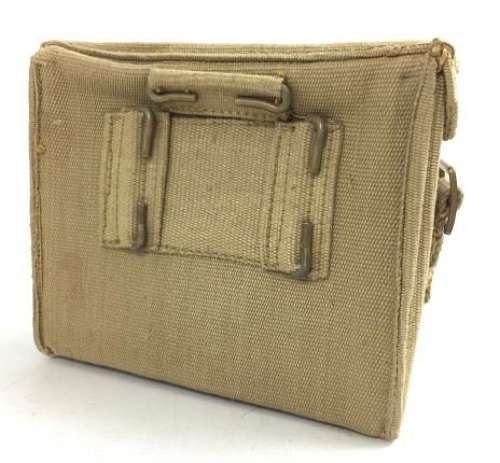 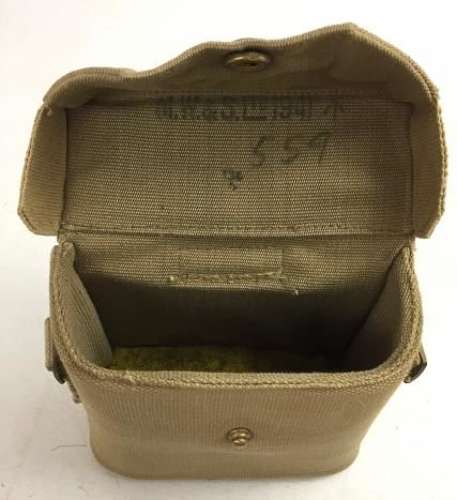 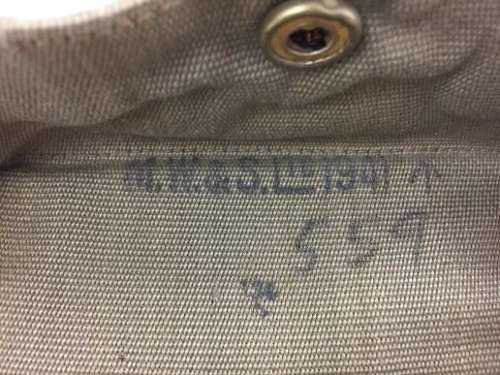 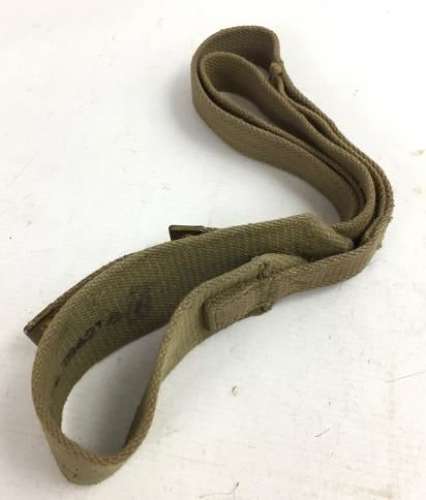 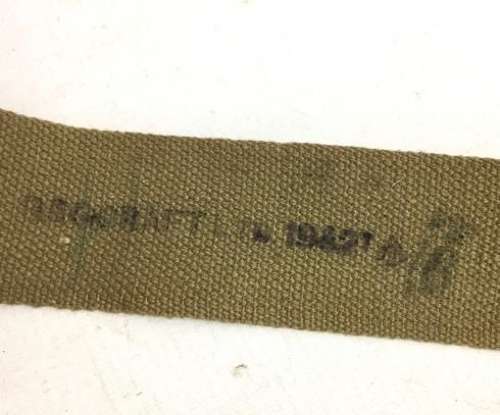 The Binocular Case is the standard pattern used during the Second World War and is in good condition. It has not been blanco'd and shows only limited signs of wear. The interior retains the original makers stamp which is still clear and legible and reads 'M.W. & S LTD 1941' and is followed by the War Department broad arrow marking.

The case comes complete with an original strap which is a female example with the loop. Again it has not been blanco'd and has seen very little use. It is maker marked on the inside 'Bagcraft Ltd' and bares the date of 1942 as well as the War Department broad arrow.

Altogether a very nice and complete example with an early war date.