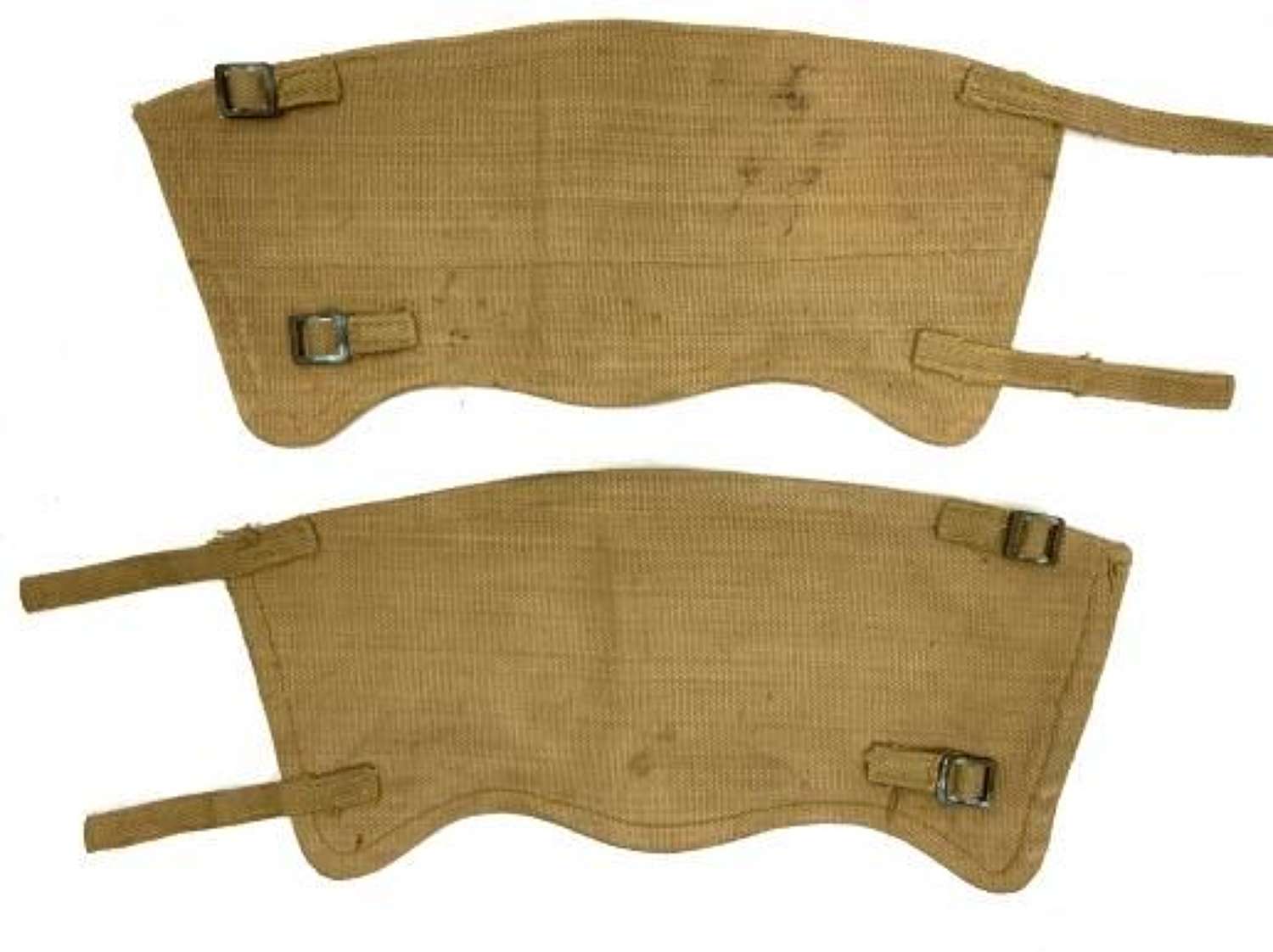 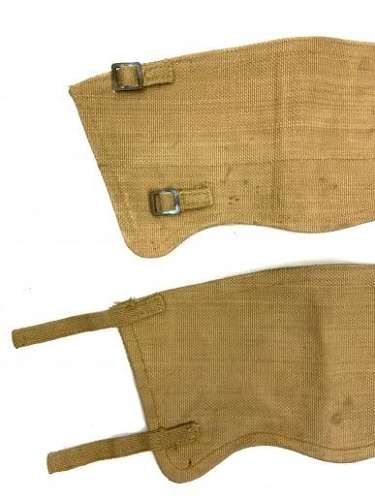 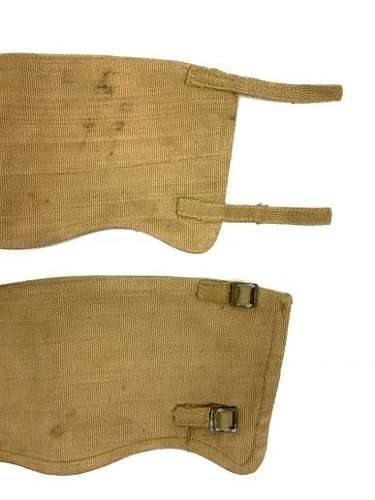 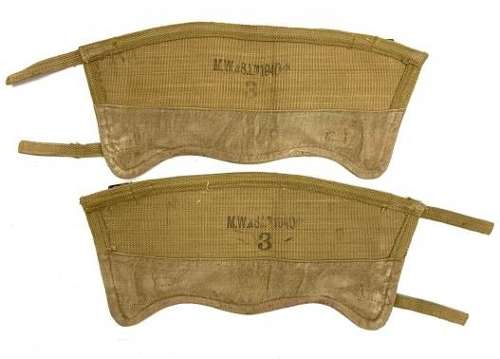 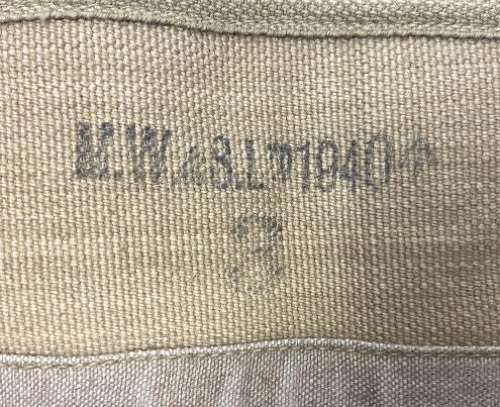 An original pair of 1940 dated British Army Webbing Anklets by M. W. & S Ltd and in a good larger size 3.

These gaiters came with a set of officers belongings all named to Frank R. A. Smith. Smith joined the Royal Artillery just before the outbreak of the Second World War and served for some years including in the tropics. All the items which came from this estate pre date the end of the war so it is unclear if he survived. What is certain is that all his belongs have been left untouched since approximately 1945 before being discovered earlier this year.

These anklets are the economy version of the first pattern which have had the brass tab from the end of the straps deleted. Aside from that they are of the same construction as used throughout the Second World War. They do not appear to have been blancoed at any stage.

The inside of both anklets bears the manufacturers name of 'M. W. & S Ltd' who were a prolific manufacturer of webbing during WW2. As well as this the 1940 date is present and the War Department broad arrow. Below is the numeral '3' which denotes the size.

The anklets are in good condition with only limited signs of service wear with some marks etc. Please study the pictures.

Altogether a nice original pair of anklets with a good early date and in a harder to find large size. Not only this but they have wartime provenance making them ideal for a collector as well as a re-enactor.