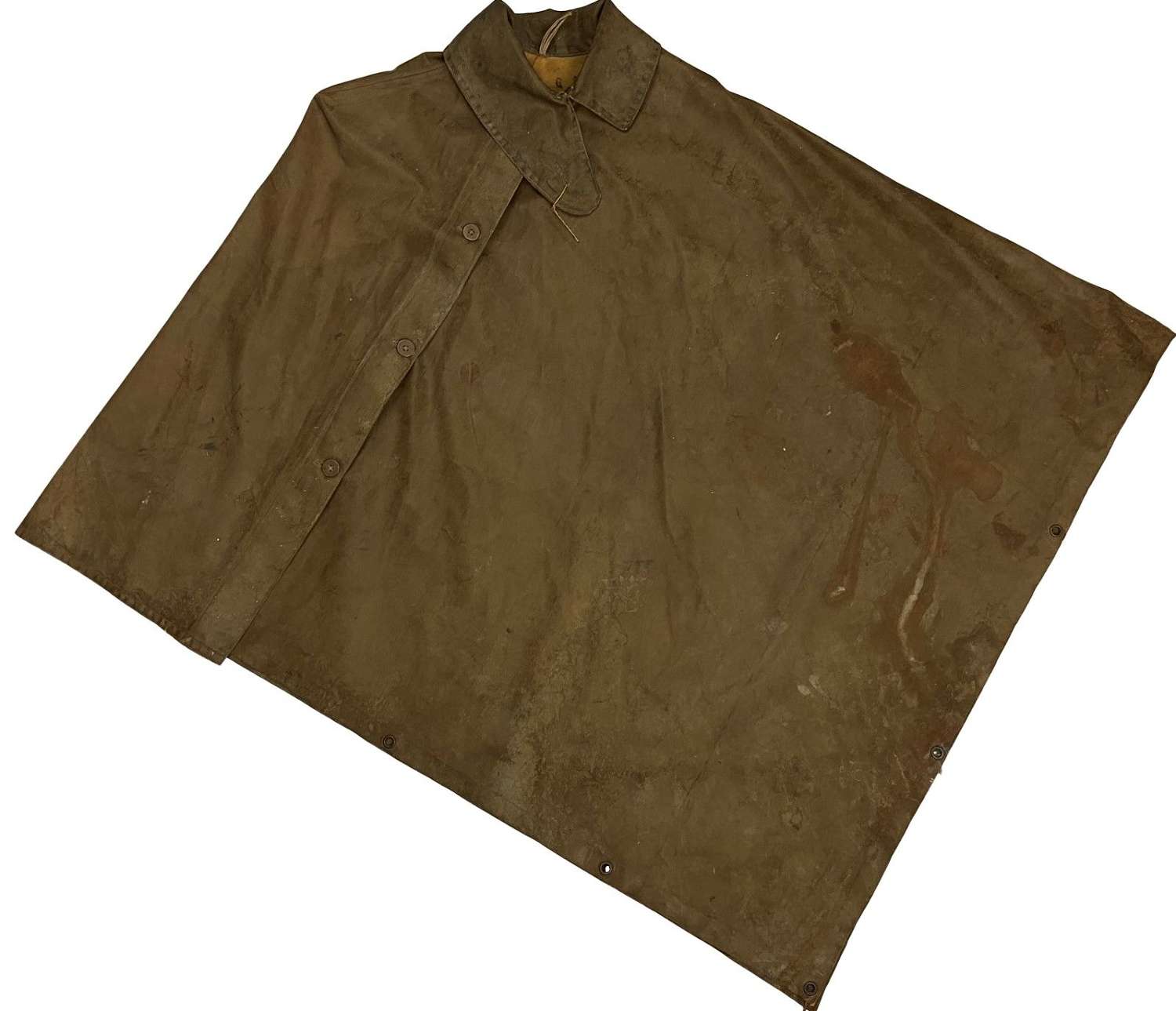 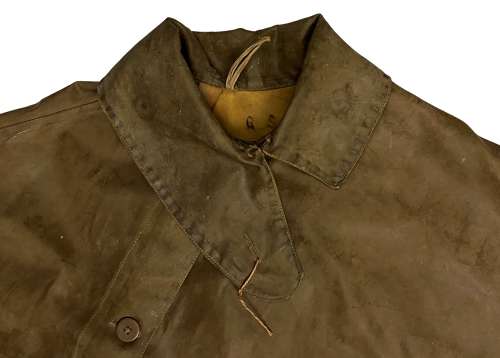 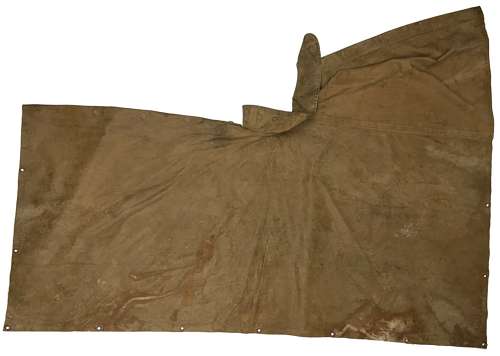 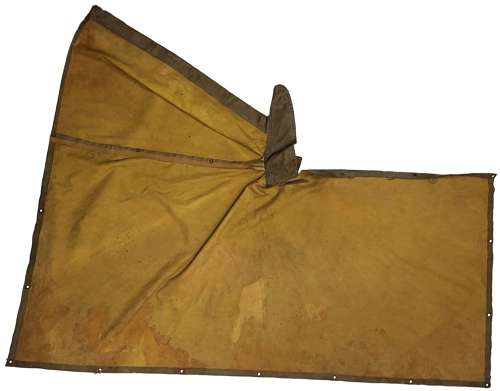 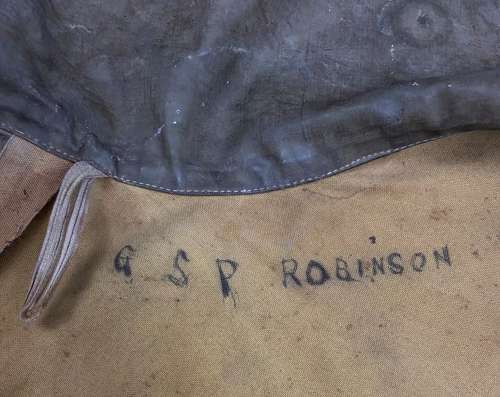 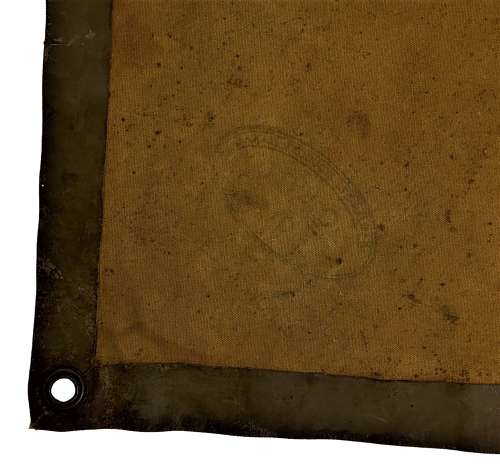 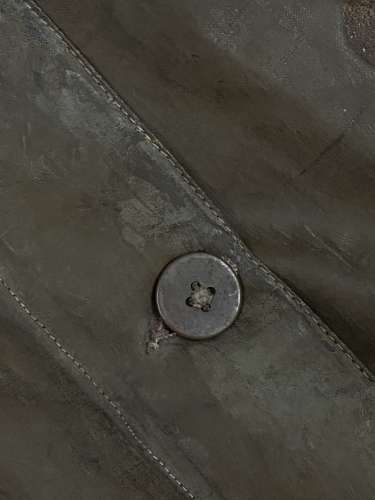 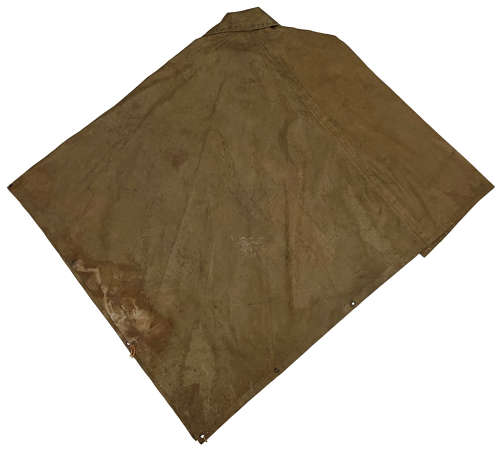 This pattern of raincape was introduced in mid 1917 and stayed in service until 1941 when it was replaced with the tan version. The cape was designed to be worn over the soldiers uniform and equipment in wet weather and could also be used as a shelter half. Introduced in the Great War, this pattern was still in use in the 1950s, albeit in OD green by that stage.

The cape is made from a dyed cotton which is rubber proofed, or vulcanised on one side in a dark brown colour. Brass grommets are fitted around the edge of the cape to allow it to be tied to another, making a shelter for two men. There are some string remnants through some of the grommets suggesting it was used for this purpose at some stage. The front of the cape fastens with the correct flat buttons, all of which are still present. The cape features a collar which can be fastened around the wearers neck with the same style buttons as used for the front.

Inside the cape the original maker's mark is still present and the 1940 date is still legible (more so in person than in the pictures). The original owner has also marked his name in ink which reads G. S. P. Robinson.

The cape is in very good condition for its age and displays well. It is still very supple and has not dried out or become flakey, as they often do. There are signs of wear and use as well as some staining but overall it is a very good example.

This is a rare piece of BEF period British Army kit which is a must have for the serious collector. Not only is it 1940 dated but it is named, offering scope for further research.