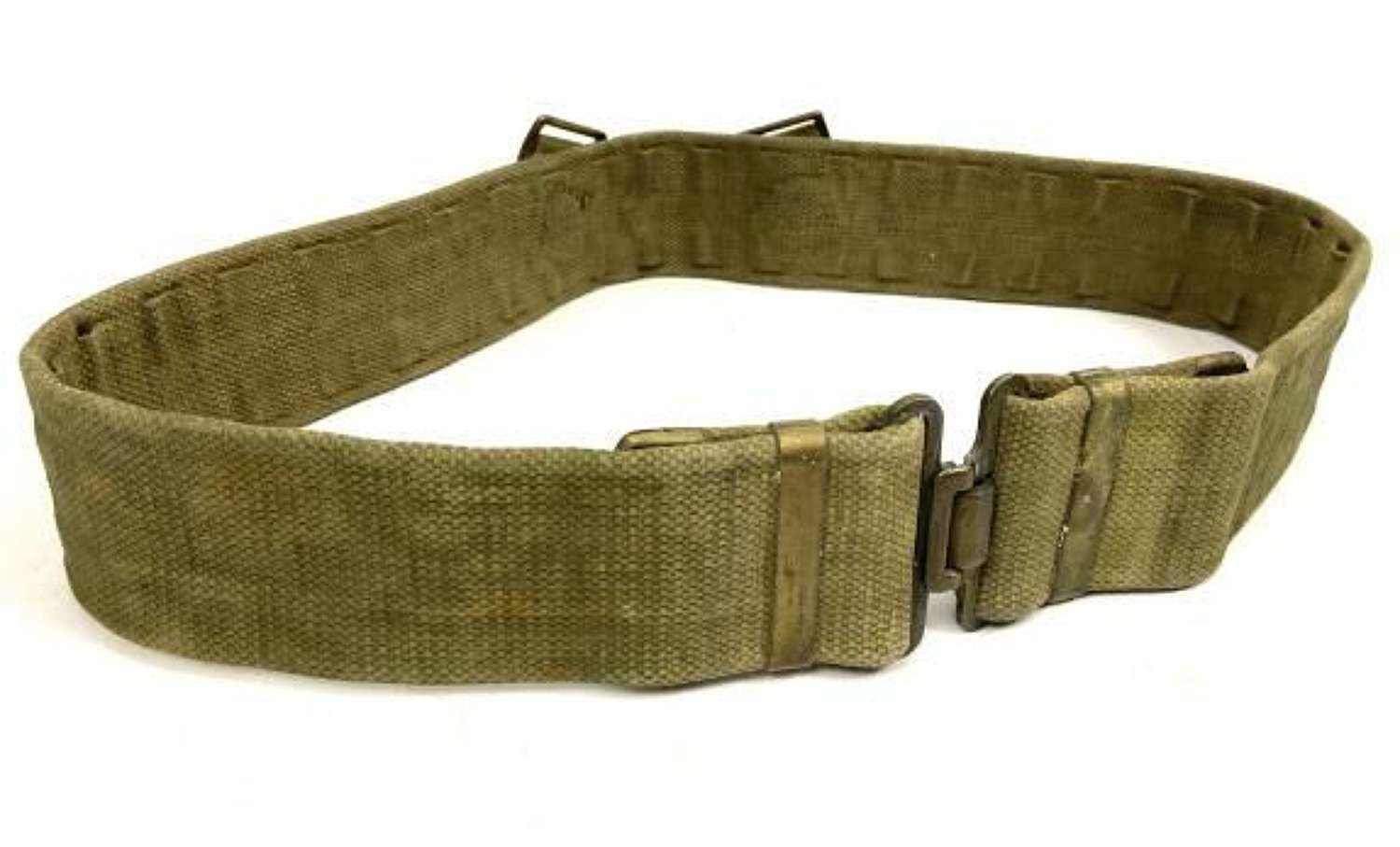 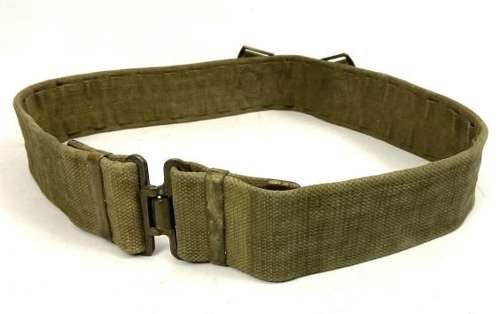 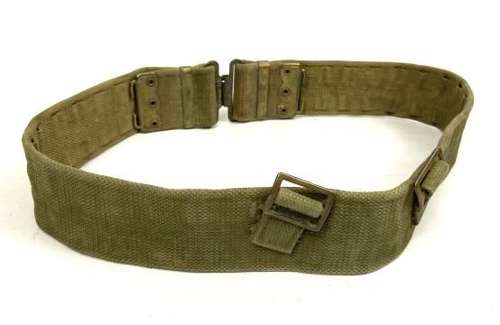 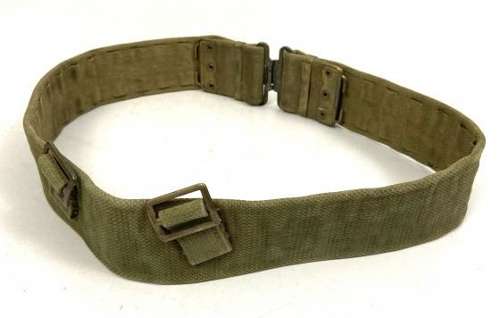 This pattern of webbing belt came into issue with the British Army in 1938 and saw use throughout the Second World War.

This example features all brass hardware so is suitable for any period of WW2. It has been blanco with KG3 blanco which was the most common colour used during the Second World War. The blanco applied is the powder form used in the conflict and not a later oil based version or similar.

The belt will fit a variety of waist sizes due to the fact that it is adjustable. When fully extended it measures 39" so should be a good fit for someone of a 32-36" waist potentially.