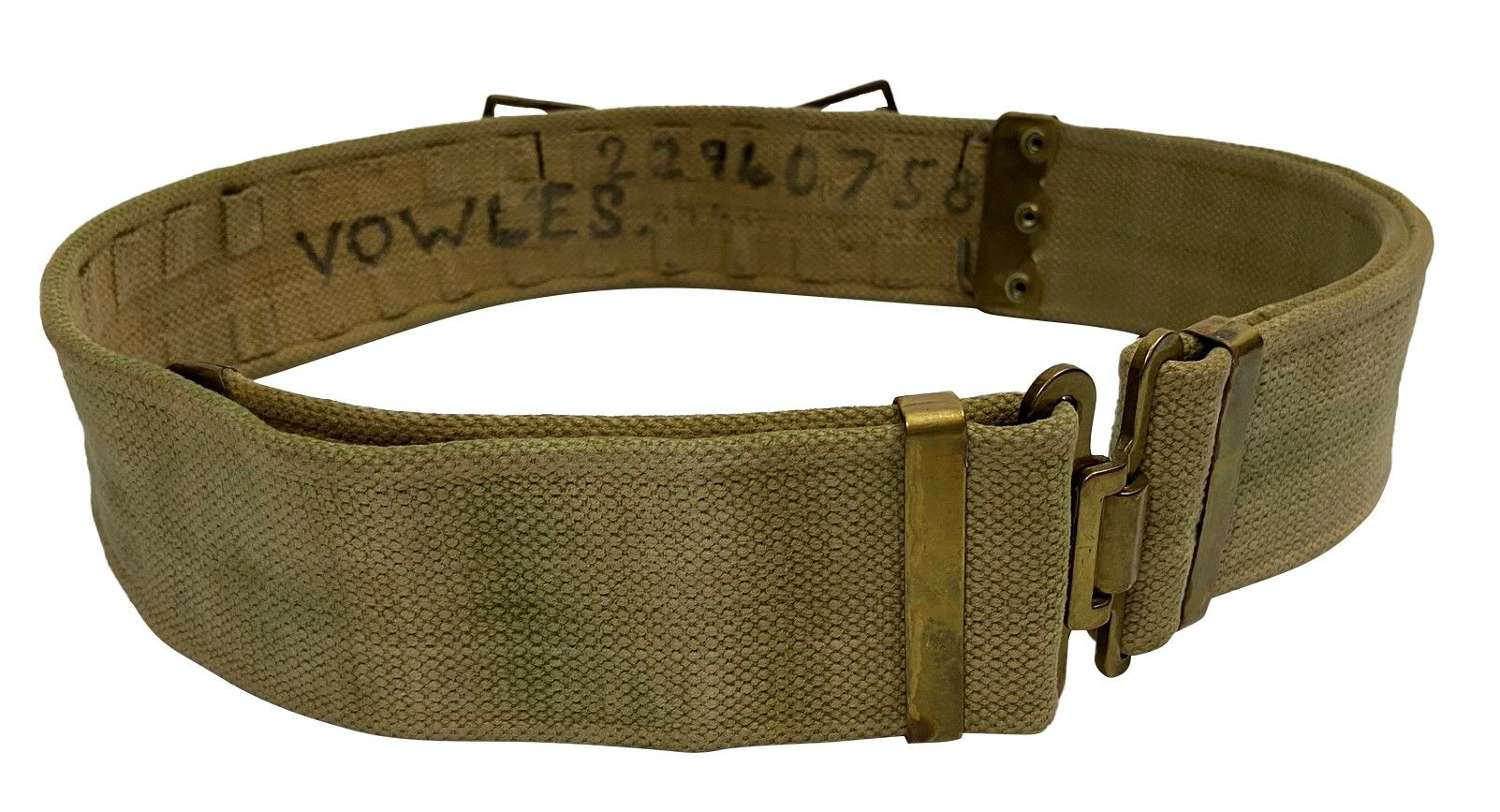 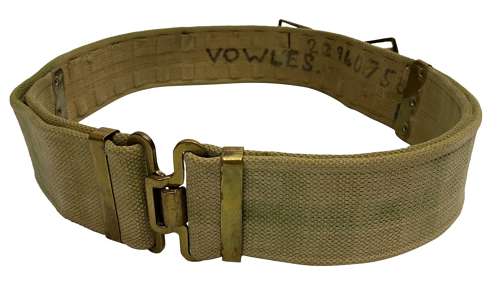 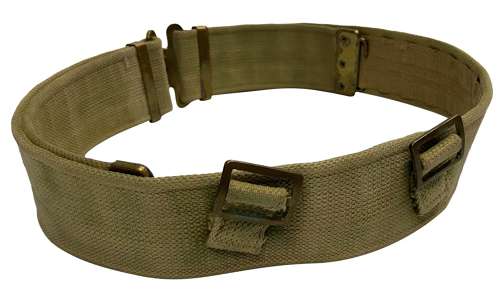 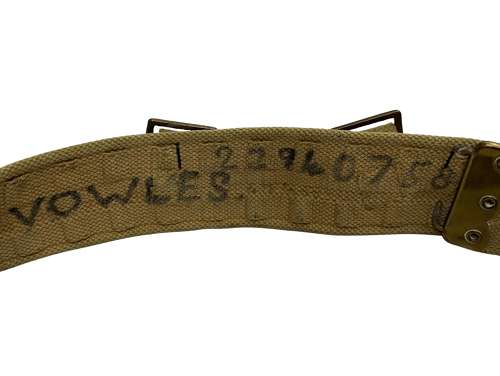 An original 1937 pattern British Army webbing belt in good condition and in a large size.

This example features all brass hardware so is suitable for any period of WW2. It has been blanco with shade 97 blanco which was a common colour used during the Second World War. The blanco applied is the powder form used in the conflict and not a later oil based version or similar. The original owner's name of 'Vowles'  is present, as is his service number. Sadly the date is no longer legible.

The belt is a large size which at its full extent measures at 43". In its current state it measures at 31" but can of course be adjusted to suit a size in between.