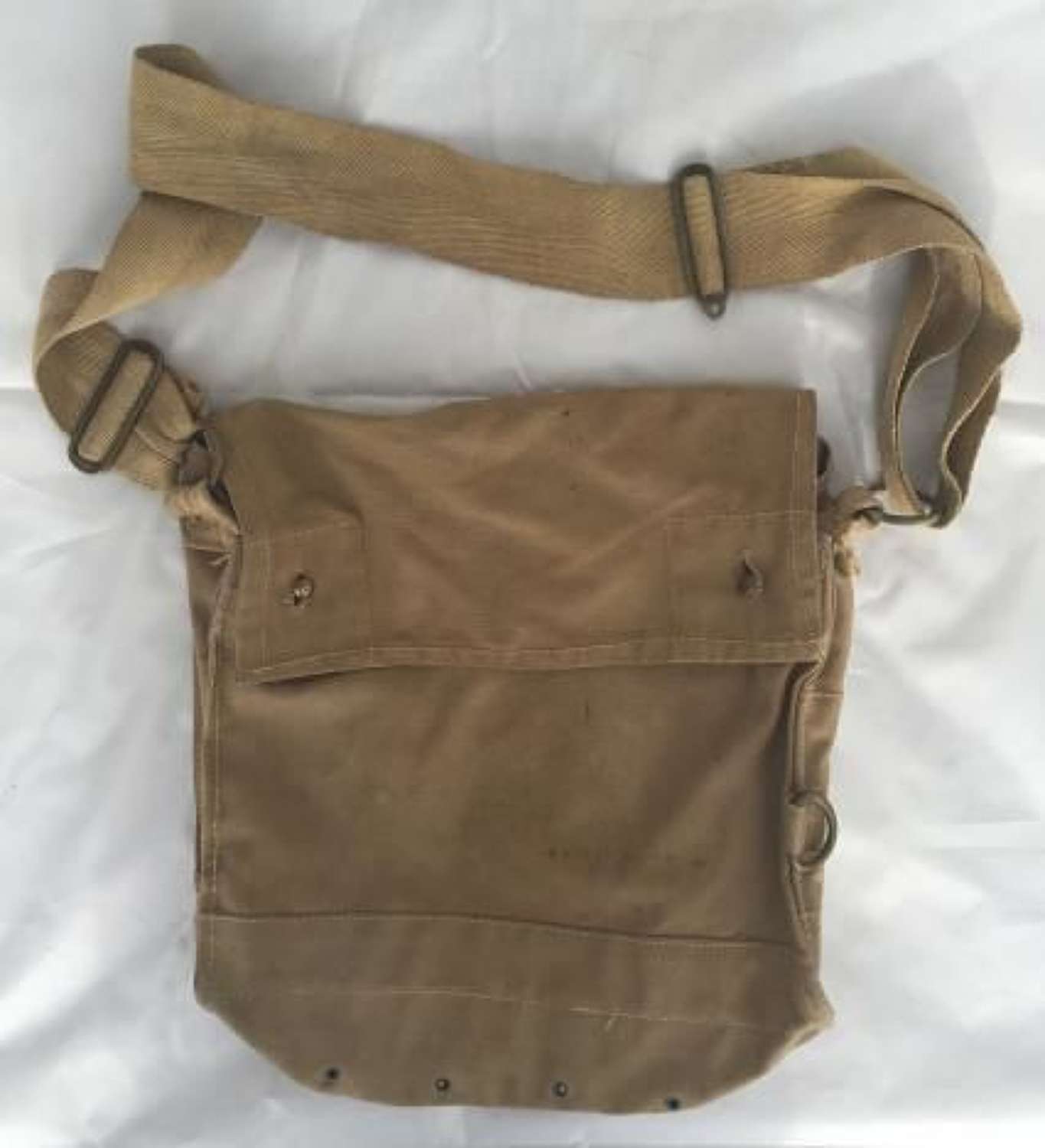 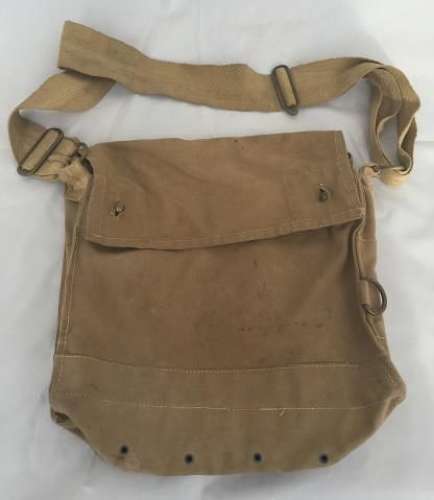 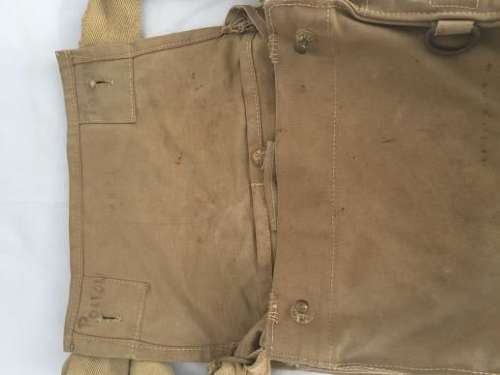 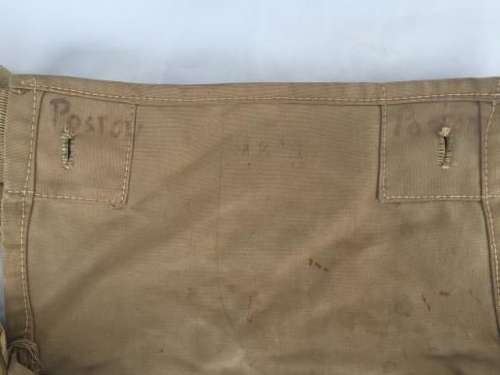 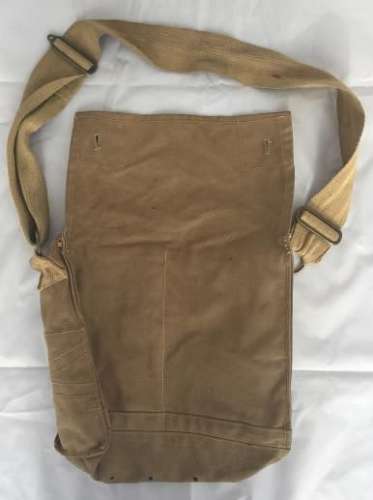 These indian made haversacks differ in a number of ways from the British made examples. The most obvious difference is that these bags don't have brass popstuds to secure the main flap but instead brass pomels which fit through small stitched holes in the flap. The bottom of the bag also has 8 small brass eyelets to let the bag breath rather than the standard 2/3 seen in a British made bag.

As well as this, the brass work is typical of indian manfacture being very roughly cast and the stitching is exactly what I would expect to see on an Indian made example.

Inside the flap the remenants of the original stamp are visible but sadly the date is no longer legible. This bag is undoubtably of wartime manfacture though as this patten of gas mask was superseeded by the smaller lightweight pattern in 1943.

The condition of this haversack really is outstanding! It appears to have never been issued and is as fresh as the day it was made.

A really fine example of this rare respirator haversack which would be very hard to better!