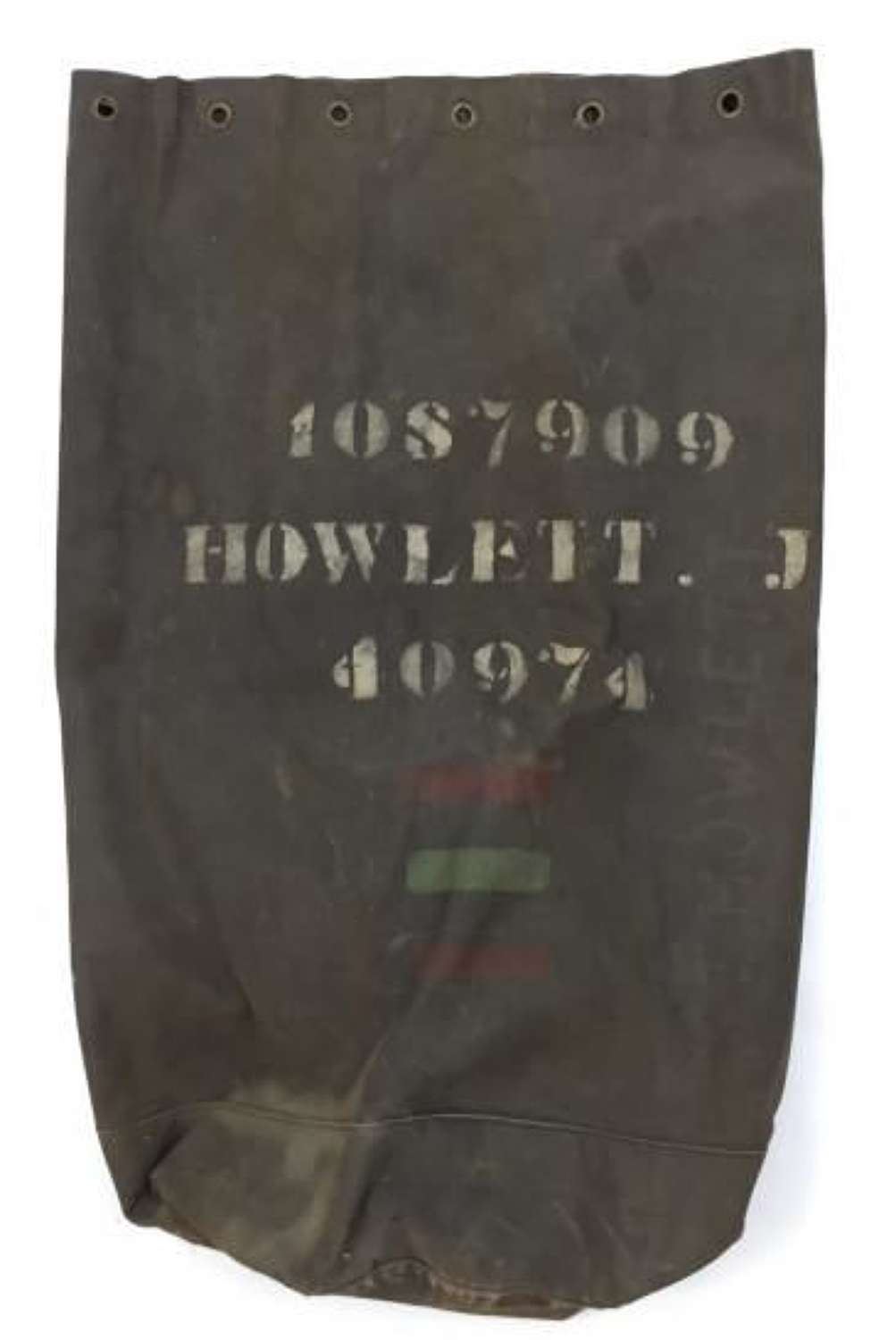 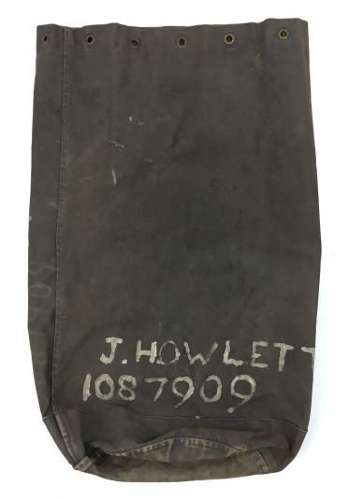 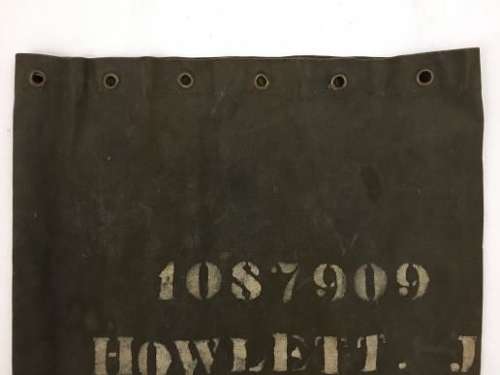 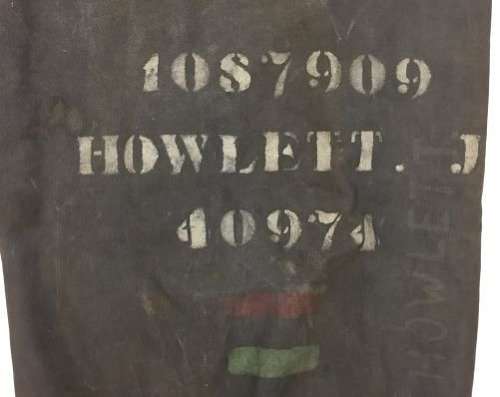 These black dyed kit bags saw wide scale issue during the early stages of the Second World War and can be seen clearly in pictures from 1939 and 1940. It features brass eyelets and the owners name and number to both sides as well as the movement order flash on the front.

This kit bag quite likely went to the Middle East in the early stages of the war and the movement number should correspond with this. It is also possible that J Howlett was in the 58th Field Regiment as another solider whos service number is only 8 away from this number fought with the 58th and is buried at Medjez-el-Bab Memorial.

Altogether a nice kit bag which would suit the early War collector or reenactor well.