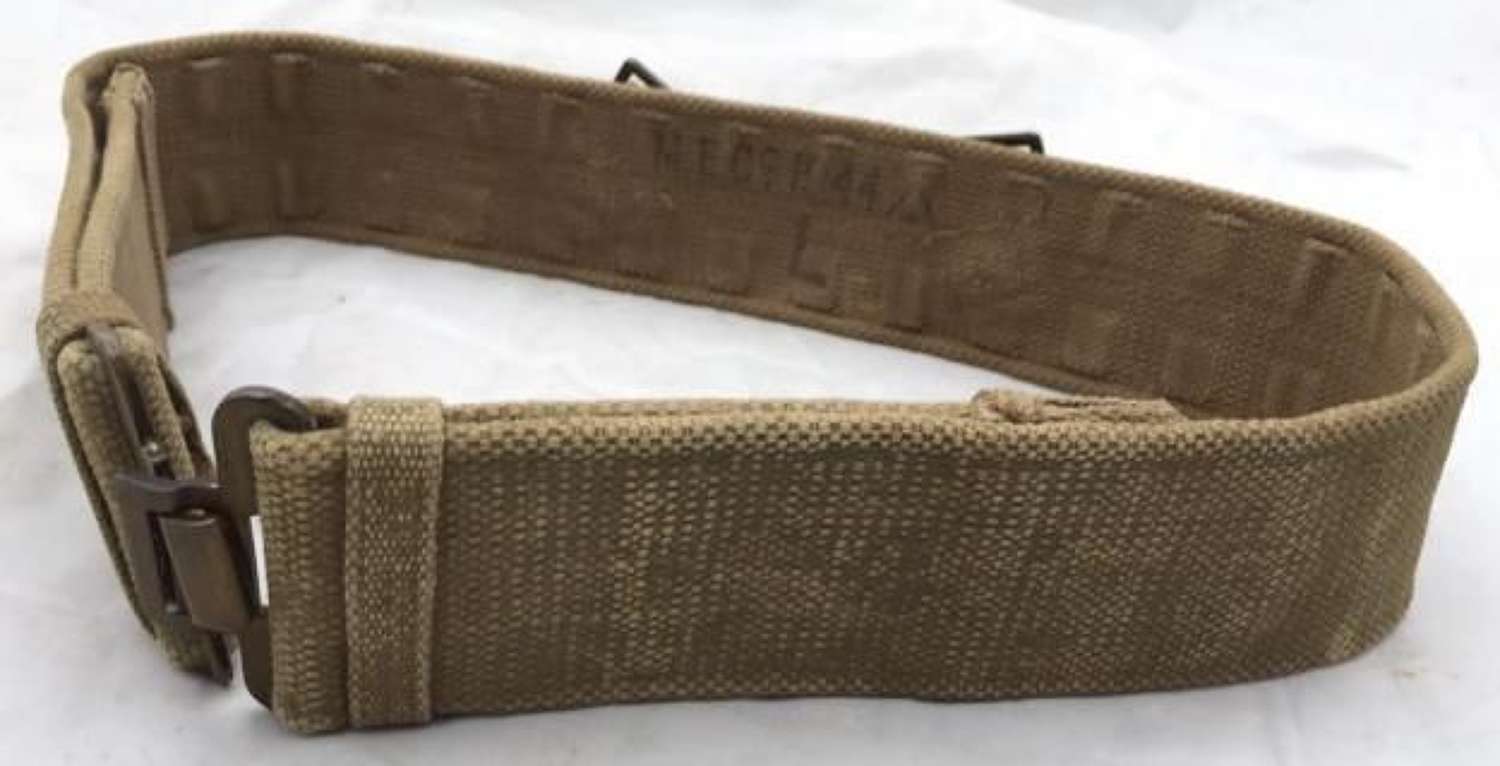 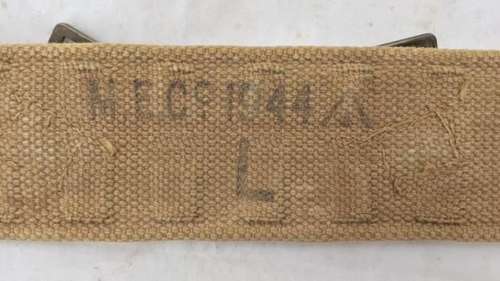 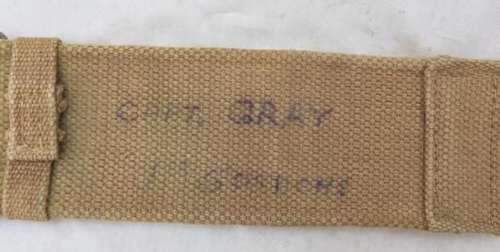 SOLD
An excellent austerity pattern webbing belt named to a Captain in the Gordon Highlanders and clearly dated 1944.

This very original belt belonged to Captain Gray who served with the 1st Battalion of the Gordon Highlanders, most likely in North West Europe after D-Day. Whilst I haven't been able to trace the original owner, 1st Battalion did go to France on D-day and based on the KG3 blanco applied to the belt and the fact that it is an austerity pattern belt, I think it is safe to say this belt saw action somewhere in Northwest Europe during 1944-45.

The belt is marked Capt Gray, 1st Gordons in ink to the inside of the belt. As well as this the original Manufactures stamp is still very clearly stating MECO 1944 followed by the War Department broad arrow stamp. Underneath this is a large L stamped in the same ink which denotes the belt as a large size.

The construction of the belt is typical of austerity pattern belts. It features webbing loops to the front of the belt rather than the usual brass examples and the ends of the belt which hold the brass clips used in adjusting the belt are folded and stitched, rather than being weft as is usual.

Overall, a very original and authentic belt which deserves more research and would undoubtedly compliment any British Army collection.