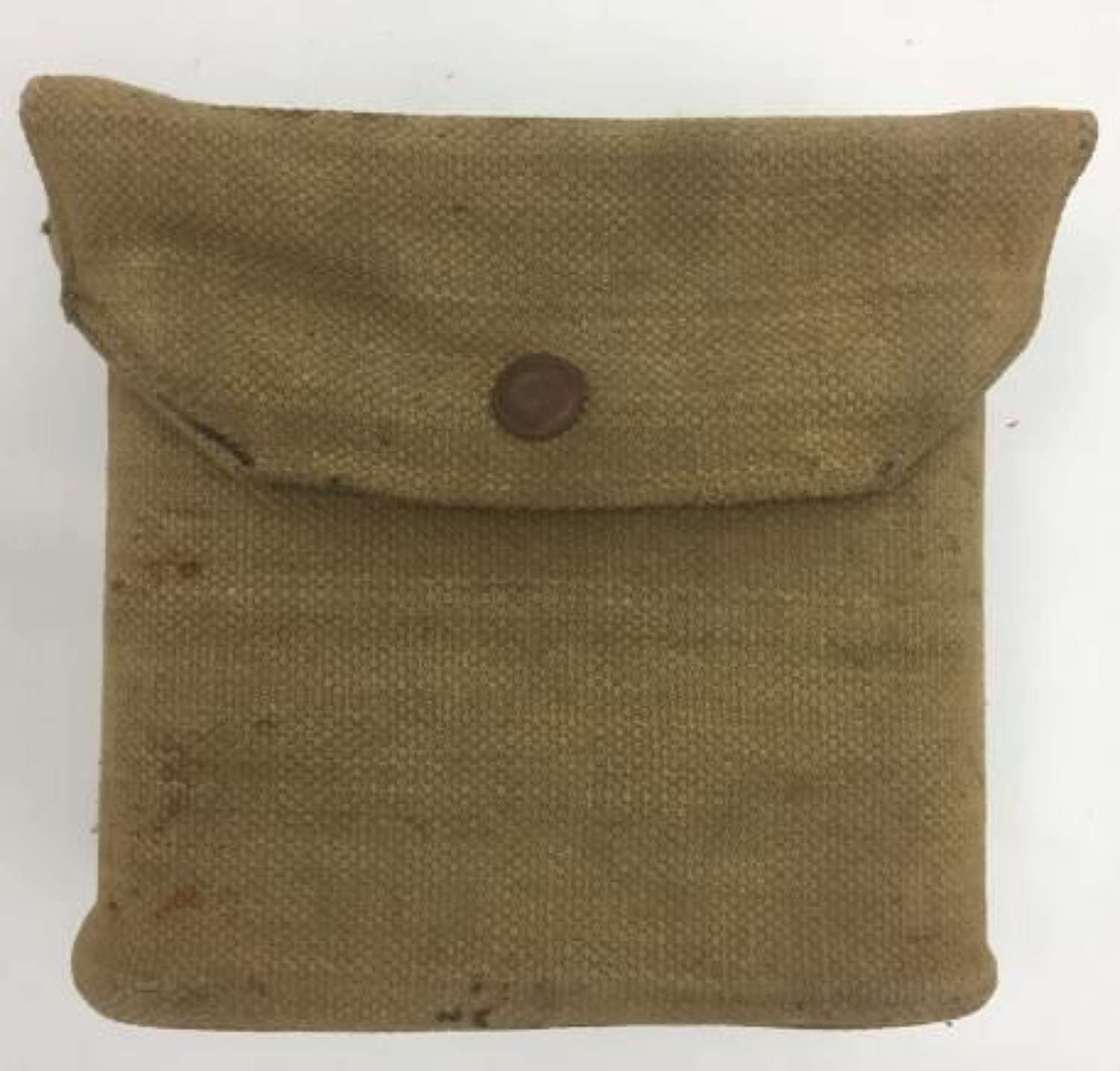 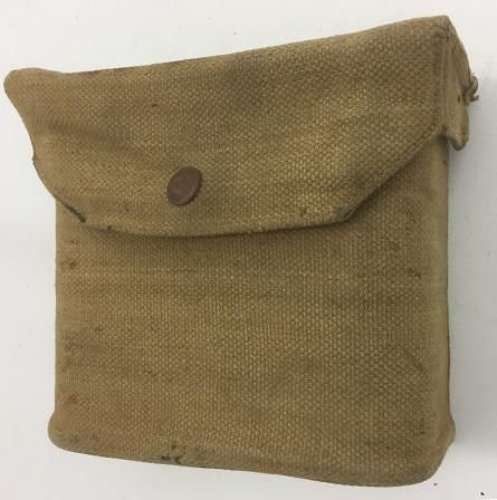 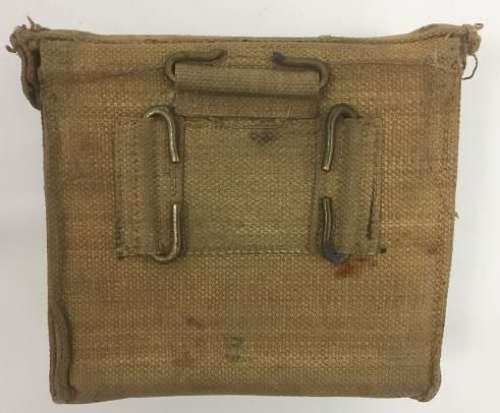 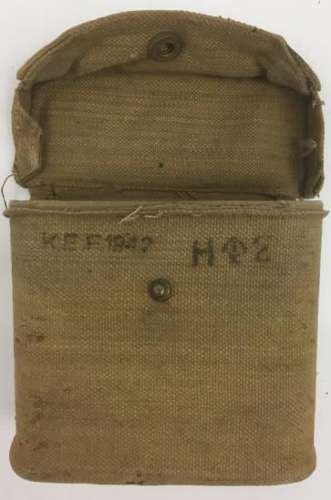 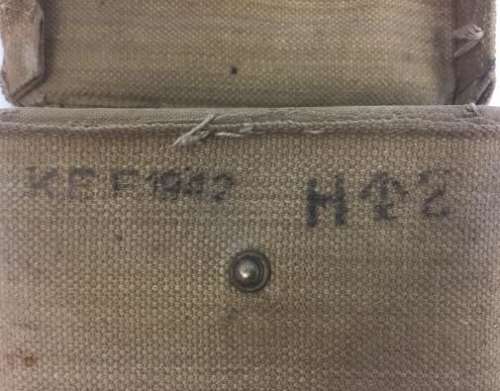 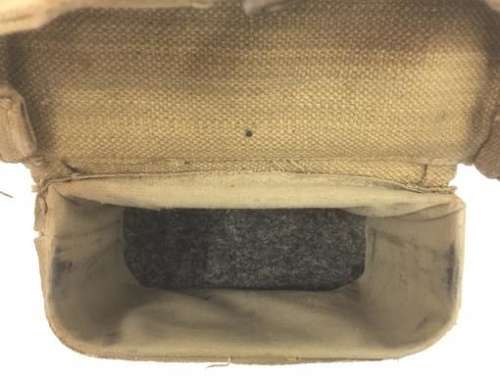 This binocular case conforms to the first pattern 1937 binocular case as it does not have the brass buckles either side which can have a cross strap attached to them.

The case features buckles to the rear to mount it on the 1937 pattern webbing belt as well as another buckle above these to attach it to the compass pouch.

The case is clearly marked inside 'KEF 1942' which is the manufacturer and the date. There is a stamp to the right of it which bares the War Department broad arrow above the letter 'I' which denotes Indian made items.
The interior of the case is very clean and all the padding is still intact.

The condition of this case is extremely good and it appears to never have been issued.

Overall, a great example of this rare piece of webbing which would compliment any British Army collection.