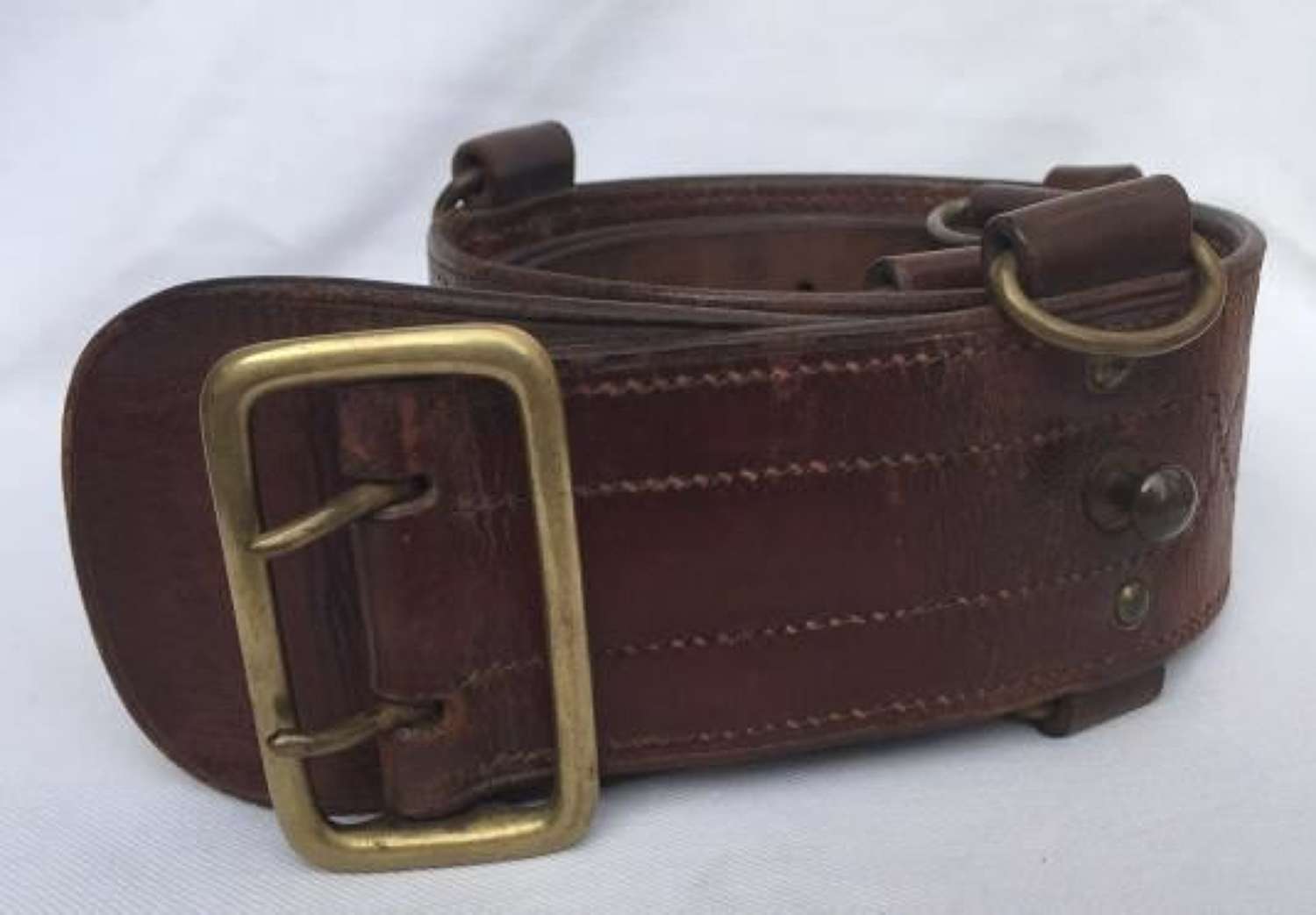 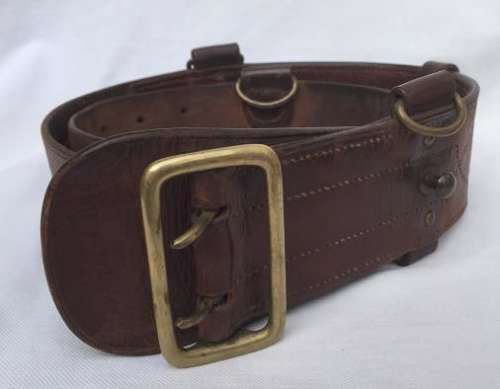 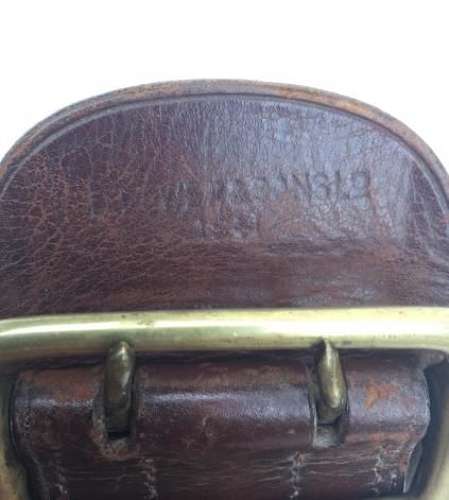 SOLD
A nice example of a British Army Sam Browne belt dated 1941 and featuring the sort after extra D-rings.

This pattern of belt is usually associated with the early part of the first World War, although this example appears to be 1941 dated. This belt had the extra D-rings which mean it can be worn with a second cross strap and creating a double braced belt. These were popular with infantry officers during the Great War.

The belt is in good condition and the leather is very supple. All the brass work is intact and although dull shows no signs of corrosion. The is a tear however between the two fastening holes on the end of the belt, but it still displays well.

A nice example of the double D-ring Sam Browne belt.