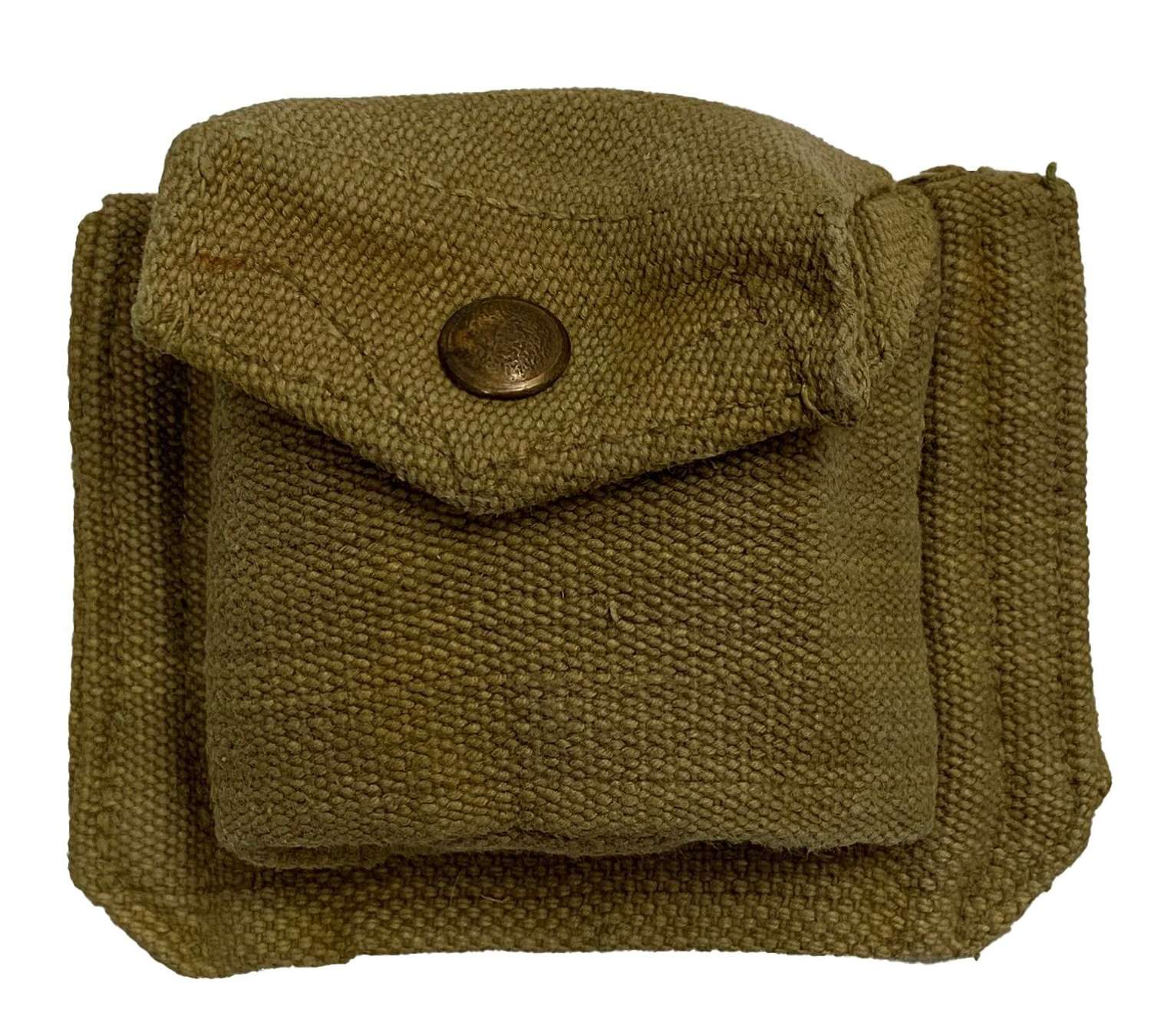 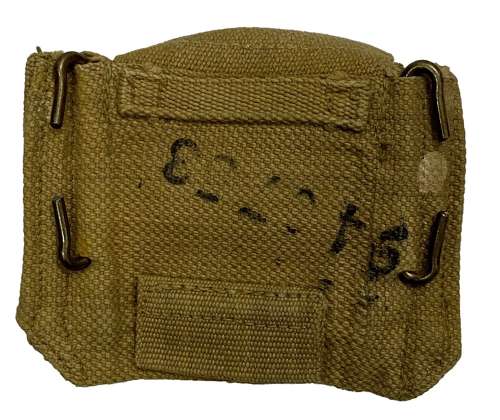 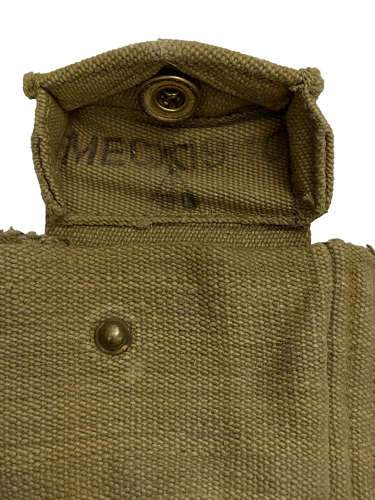 This pattern of pouch was introdcued proir to the Second World War and saw service throughout the conflict and into the post-war years. It formed part of the officers webbing set and was also worn by armoured crews, Military Policemen and many other soliders issued with a pistol.

This example is in excellent condition with only limited signs of wear and use. It appears to have had a very light coat of a light shade of blanco (most likely 103) which is only noticable on close inspection. The interior is nicely marked MECo which stands for Mill Equipment Company. The 1940 date is also present as is the War Department broad arrow marking. The original owner has added his service number to the rear.

A very nice example with an early war date!