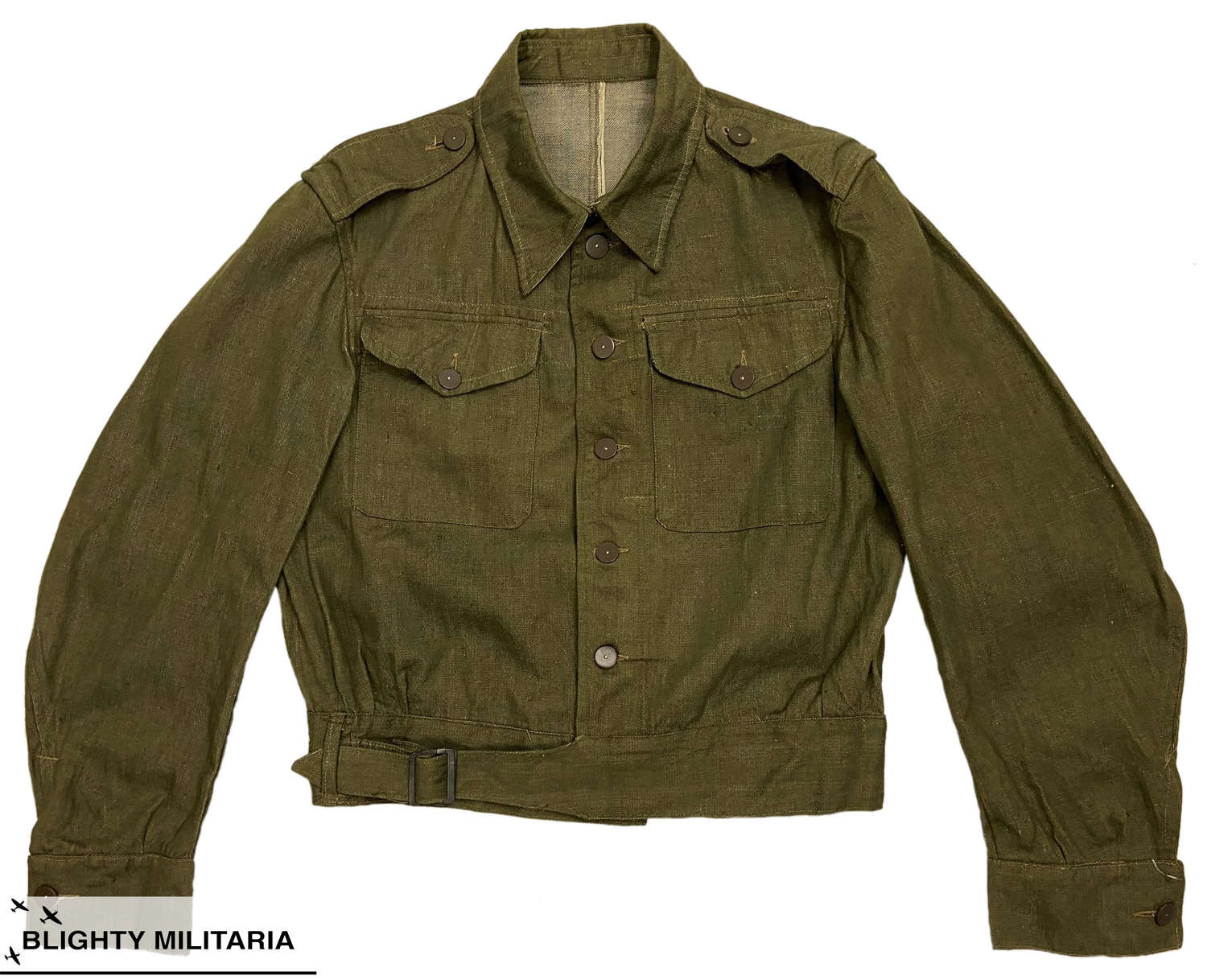 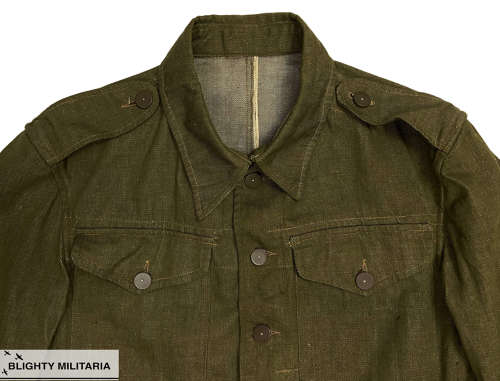 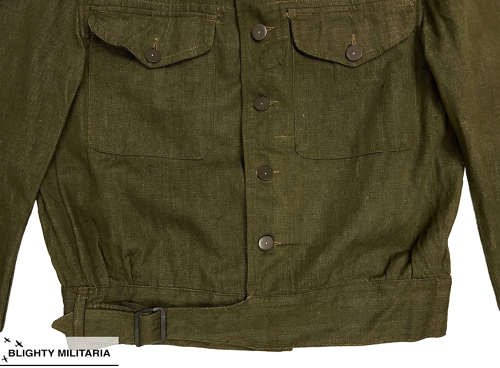 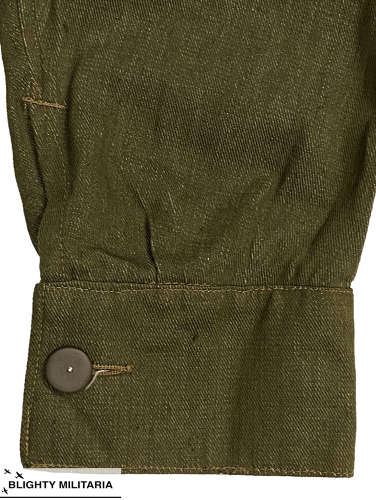 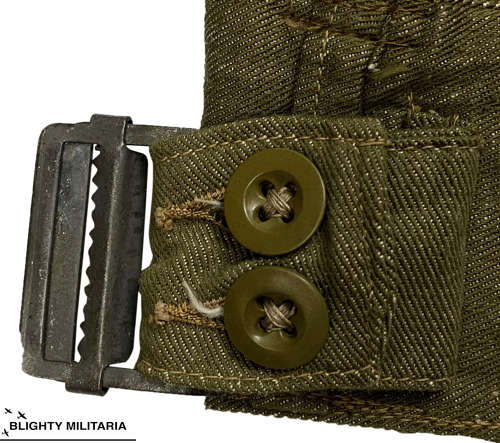 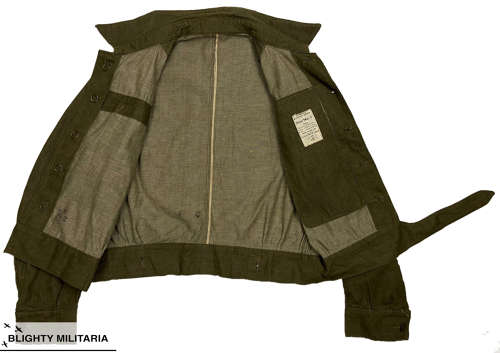 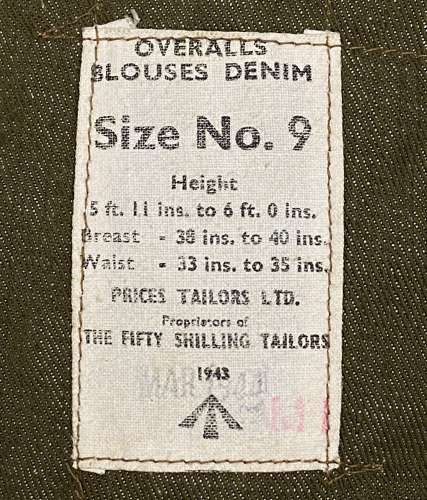 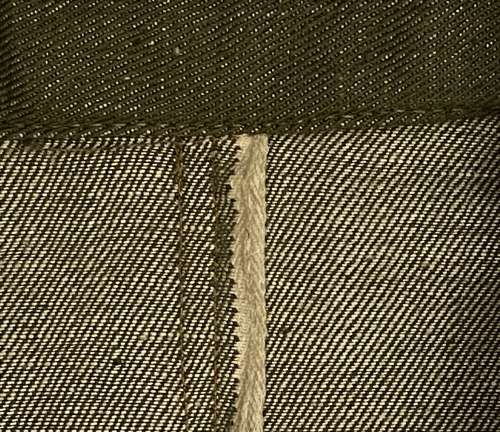 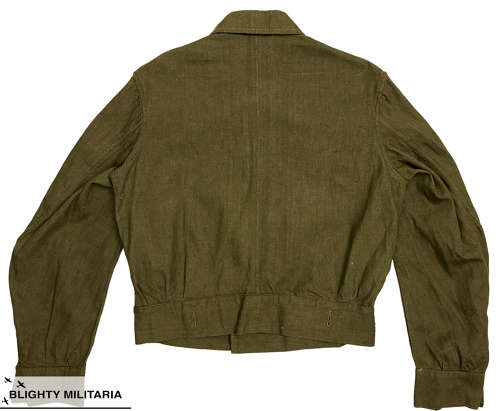 The jacket is fitted with a full set of flat, green coloured revolving shank buttons which are all held in place with the correct brass split rings. At the waist a steel buckle is fitted and is held in place with two green plastic buttons, which are often associated with items manufactured around this period. The rear seam of the jacket features a selvedge which is a great feature!

Inside the jacket the original label is present and reads 'Overalls Blouses Denim'. It states the size as No.9 and the maker as 'The Fifty Shilling Tailors'. Below this the 1943 date is present as is the War Department broad arrow marking. There is also a purple issue stamp across the manufacture date which reads March 1944. Also present to the interior is the War Department acceptance stamp which is still bold and bright and surmounted by the letter 'M' which confirms the year of issue as 1944.

The jacket is a large size which is designed to fit up to 6' tall and a 38-40" chest. When laid flat the jacket measures -

The jacket is in fantastic, new old stock unworn condition. It is still fresh, bright and crisp as it would have been when first issued. It shows no signs of previous use or wear and displays extremely well. This is of course a 75+ year old pre owned piece of vintage workwear and therefore may have small issues consummate with its age.

A nice, hard to find war dated example of a British Army Denim battledress jacket in a larger, wearable size which would be almost impossible to better!