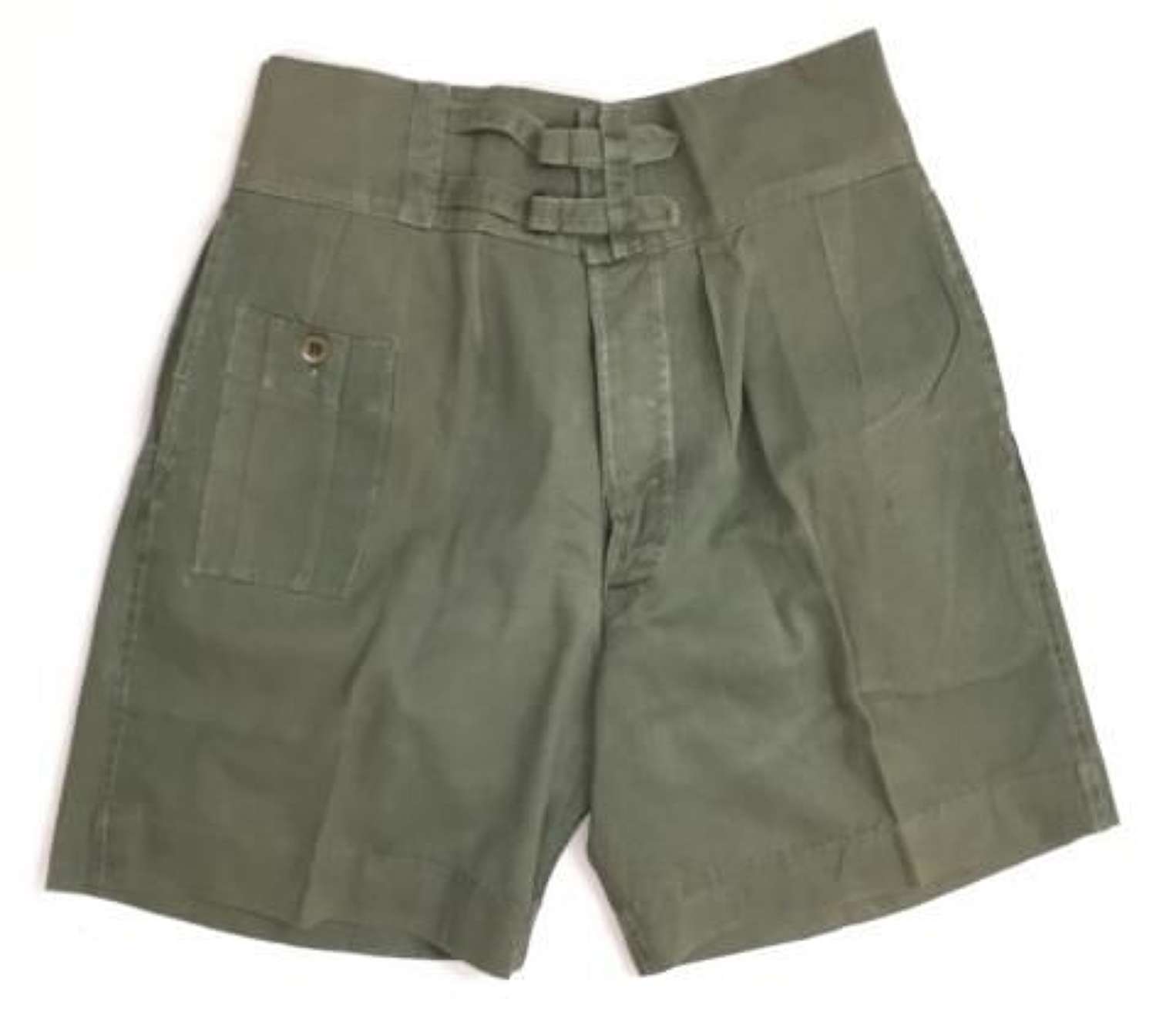 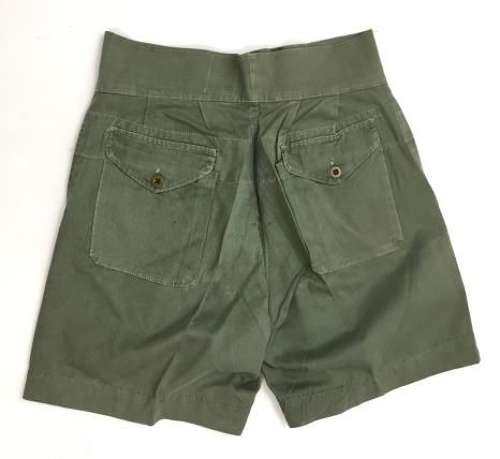 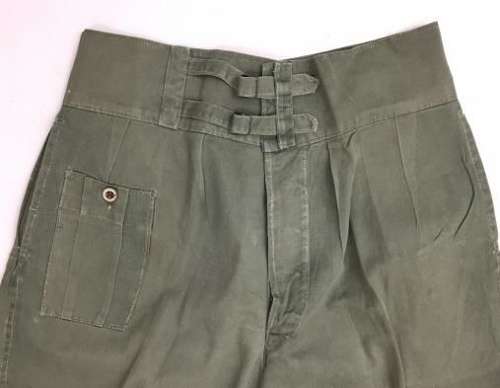 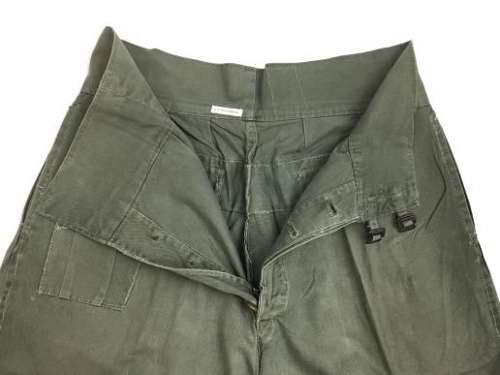 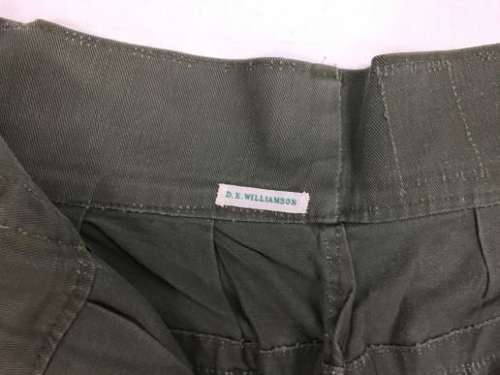 Part of what makes the shorts so rare is that they are British made. It soon became clear to those in charge of supplying the Far East with uniform that it would be easier to source their clothing from Indian or similar as the supply routes would be much shorter. This lead to only a limited production of Jungle Green items being made in Great Britain during the Second World War.

These shorts are the correct wartime pattern with the double buckle closure to the front of the shorts, First Field Dressing to the front and two buttoning patch pockets to the rear. The retain their original buckles which fasten the two belts at the waist and feature green horn buttons, typical of British made items of the period.

There is sadly no label present but they match British made examples I have seen with labels and wartime dates perfectly, so there is no doubt that they are genuine wartime.

The shorts measure at just under 18" at the waist when laid flat so should be a good fit on someone with a 34-35" waist.

The condition of the shorts is very good as can be seen in the photographs. All the buttons are present as are the original buckles etc. The shorts have been worn and laundered but generally display nicely.

Altogether a rare pair of British made shorts which display well and are a good wearable size.