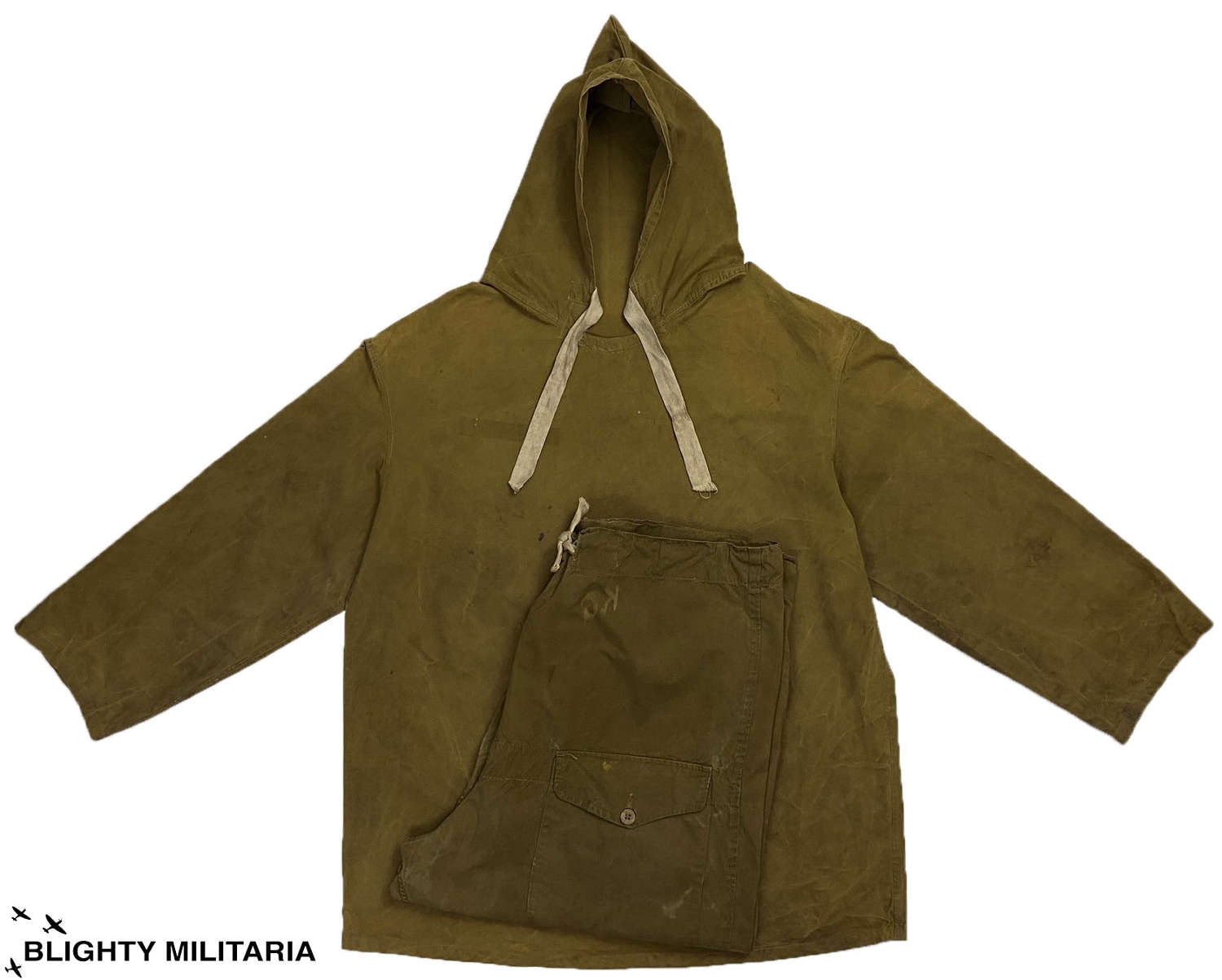 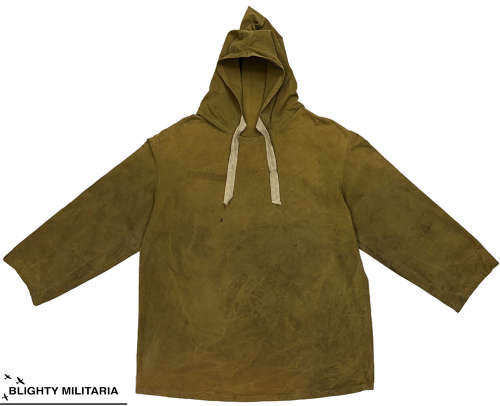 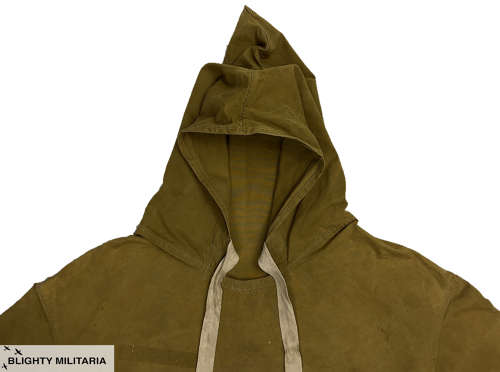 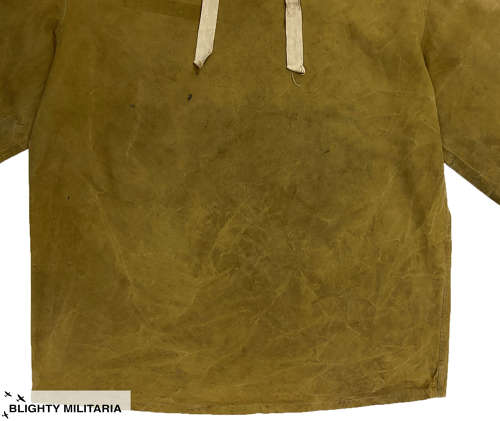 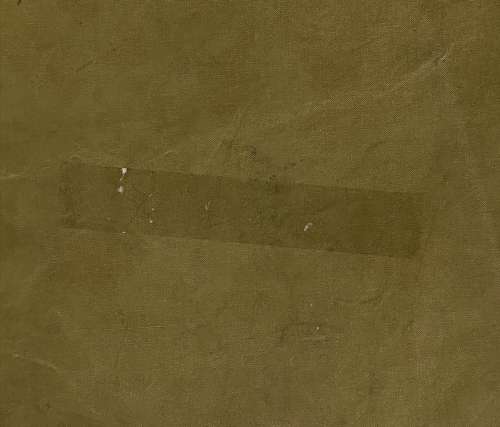 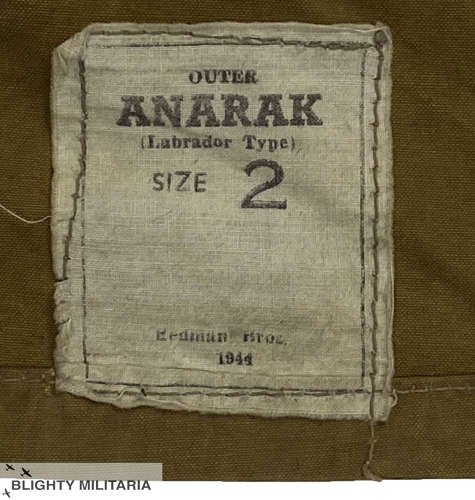 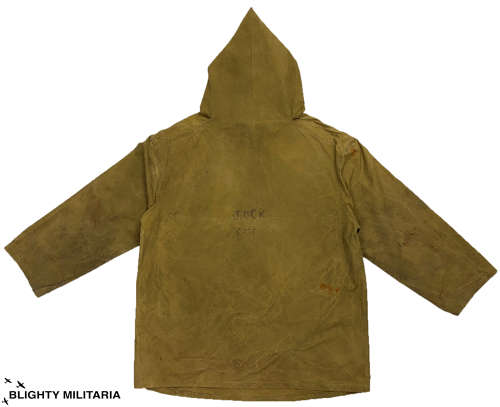 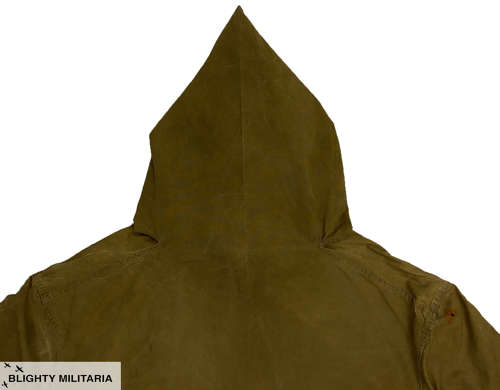 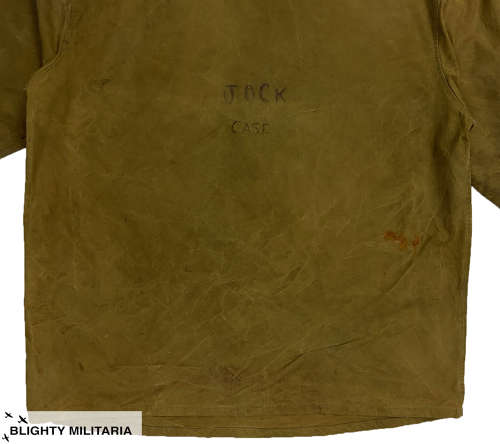 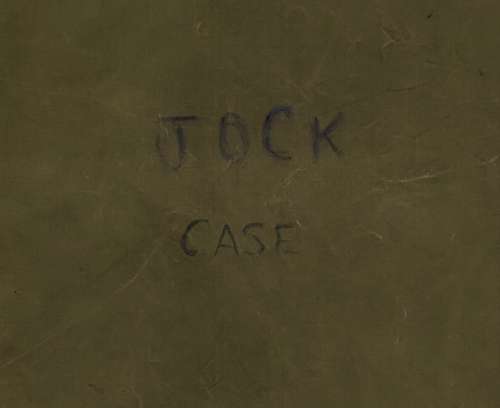 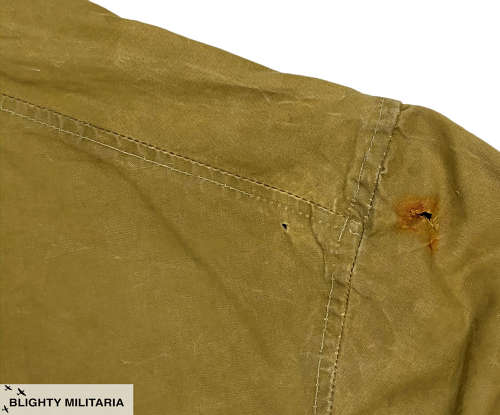 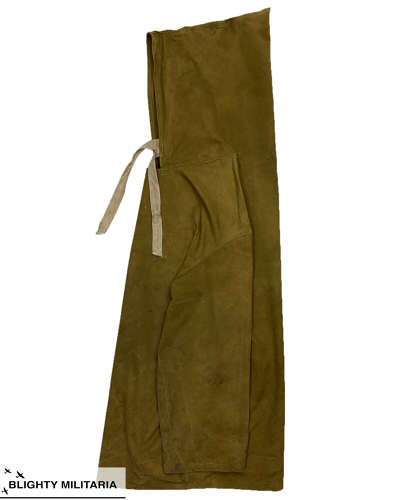 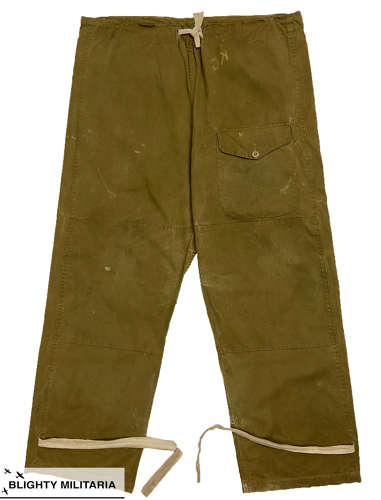 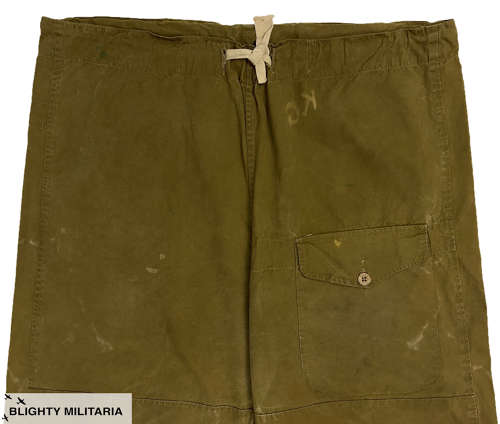 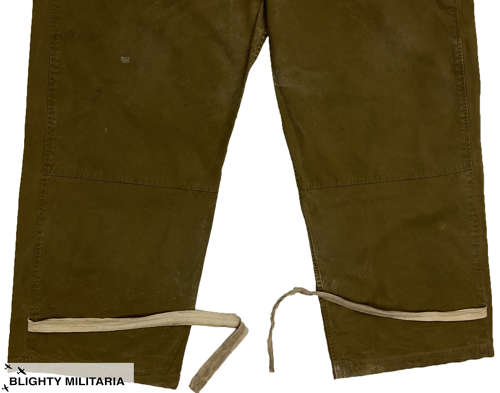 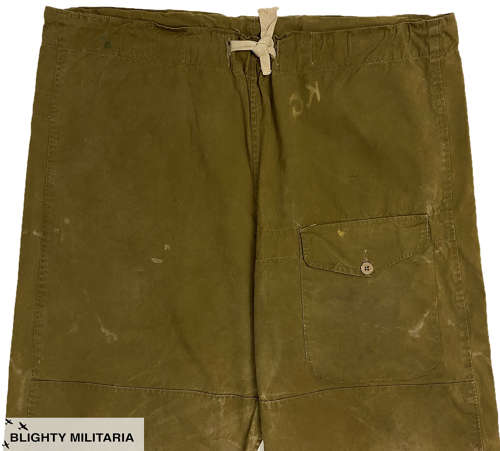 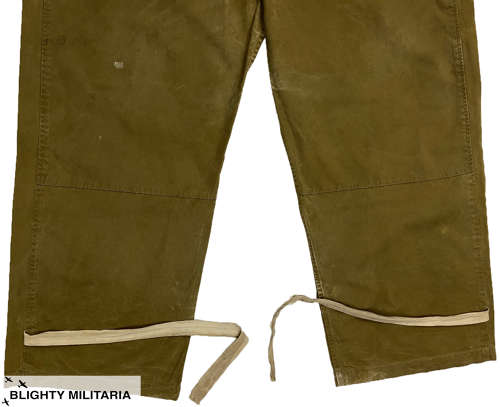 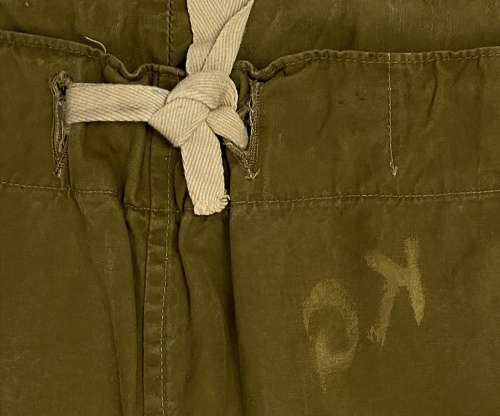 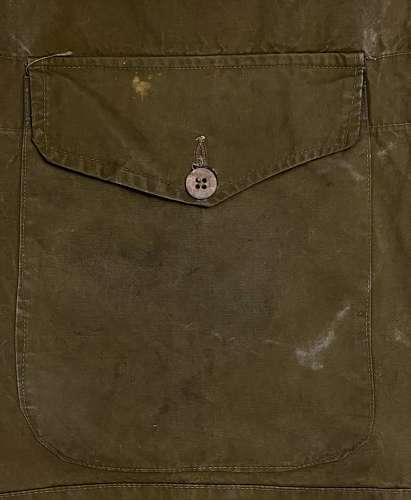 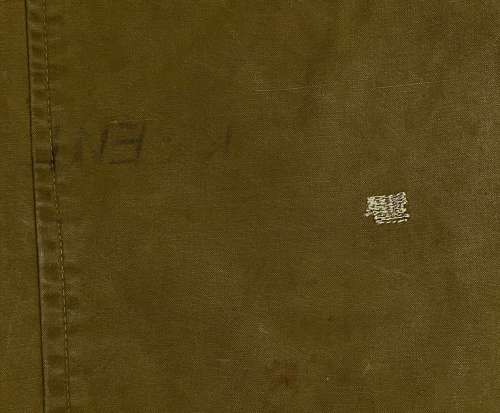 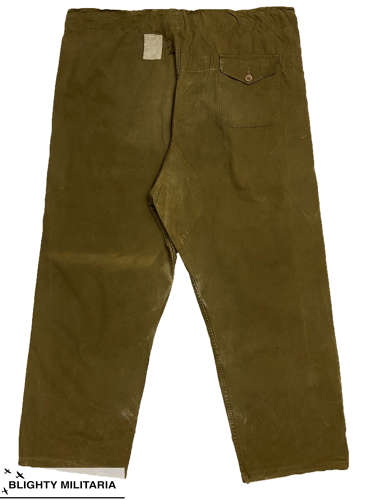 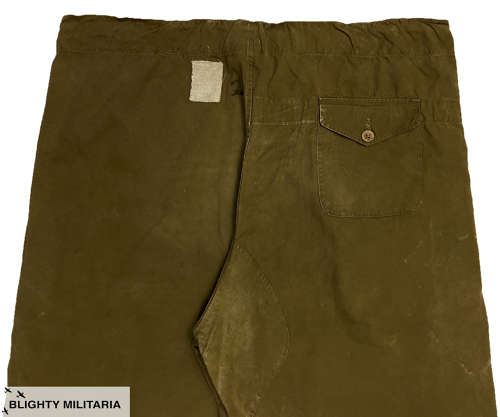 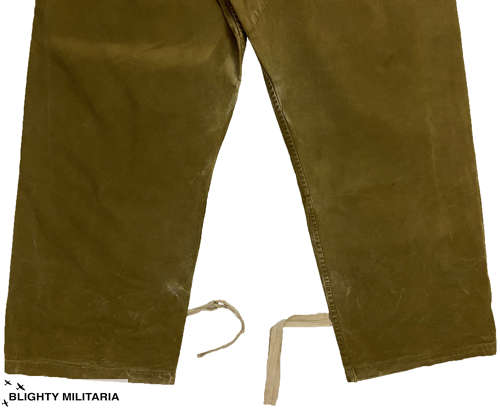 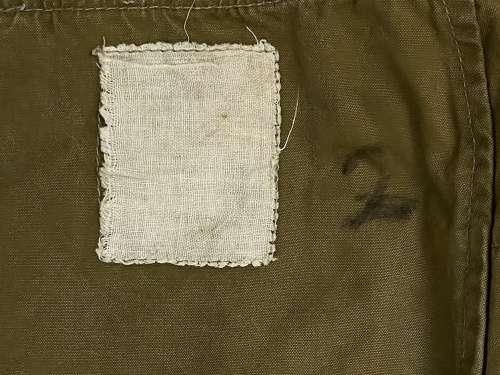 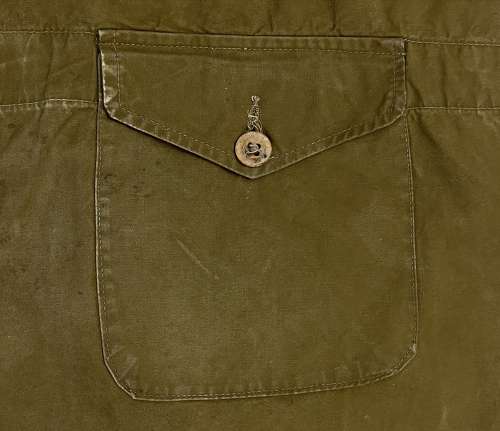 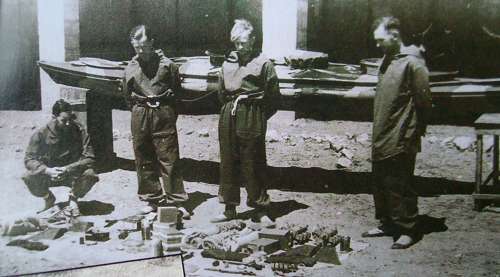 This pattern of windproof clothing was introduced in the early war period and saw issue with the Royal Navy as well as by Royal Marine Commando and the Royal Marines Boom Patrol Detachment (later the Special Boat Service) on Operation Plankton - sometimes referred to as the cockleshell heroes. See last picture.

The suit is made from a brown - khaki coloured cotton gabardine which is quite likely to be ventile as this fabric was in production from the late 19th Century and was becoming a popular choice with the Royal Navy and Royal Air Force as the Second World War progressed. The smock is hooded and features white cotton tape ties to the opening and a distinctive, pointed shape. There are no pockets with the smock being completely plain. It is cut in a large, free manner as it is designed to be worn as an outer layer over the top of a uniform. Inside the smock the original label is still present and bears the title 'Outer Anarak (Labrador Type)' and the size of 2. The manufacturer's name of 'Redman Bros' is present as is the 1944 date.

The trousers are made from the same material and are again cut in a wide, loose manner.  They feature a drawstring waist like the other pattern of windproof trousers designed during this period for the British Army. Tapes are located to each leg and a map pocket is located to the front left leg. A patch pocket is located to the seat and both pockets fasten with brown coloured horn buttons. The original label is present to the seat but has been washed out. The size is 2 and this has been marked adjacent to the label.

The set is in good condition with various signs of wear and age. There are two small holes to the rear of the right shoulder as pictured but this is the only serious flaw. One of the white cotton leg tapes is also worn towards the end.

A very rare original set of wartime uniform with some fantastic details.