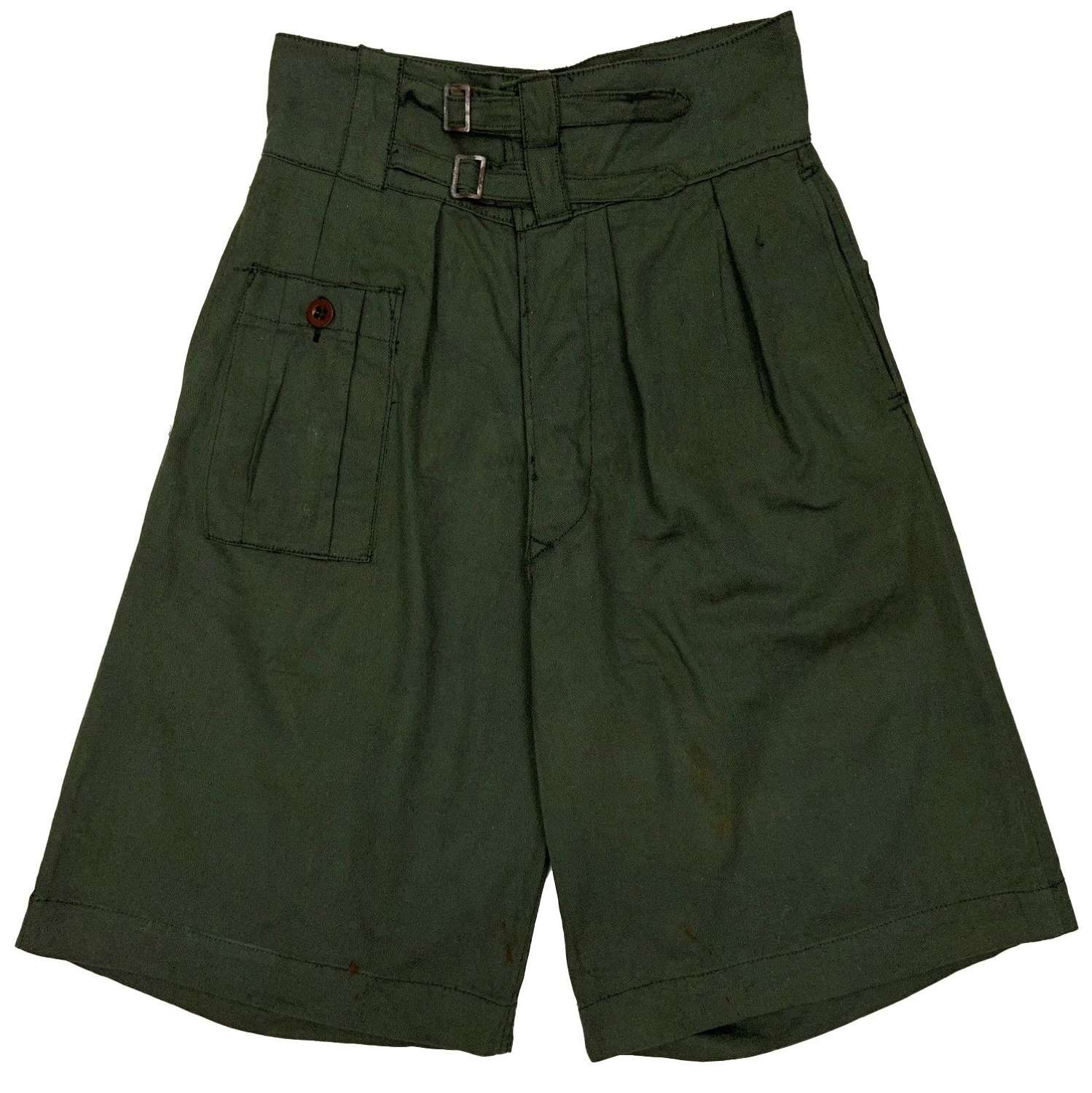 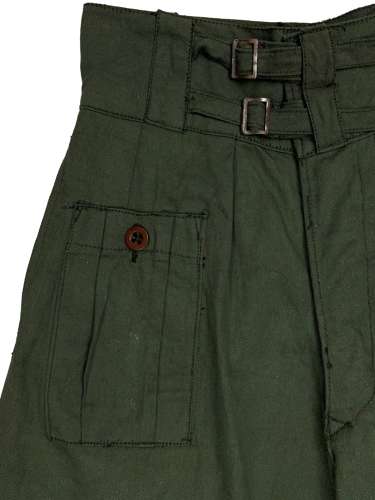 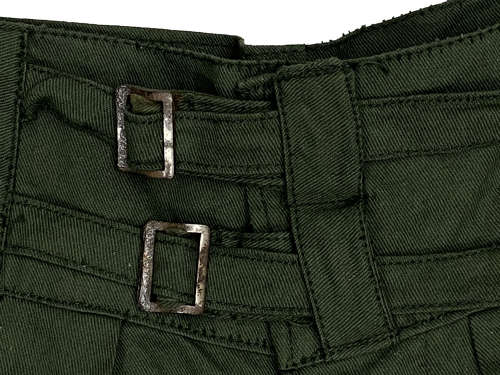 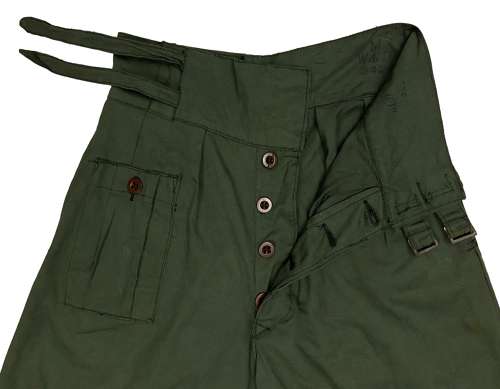 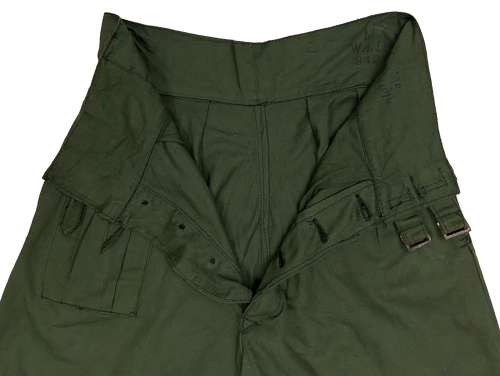 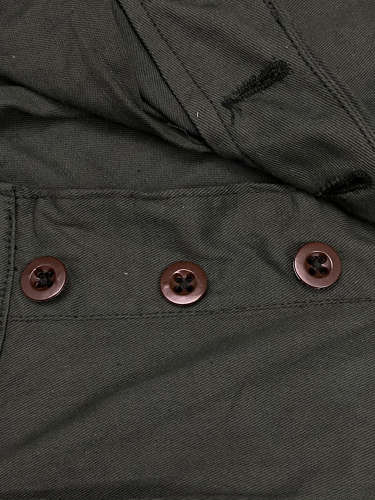 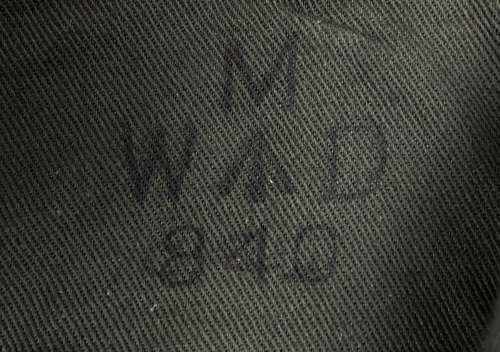 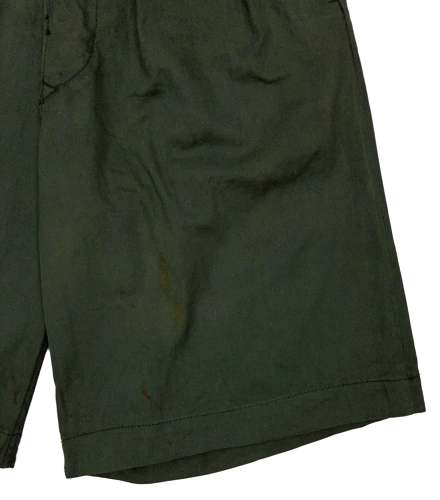 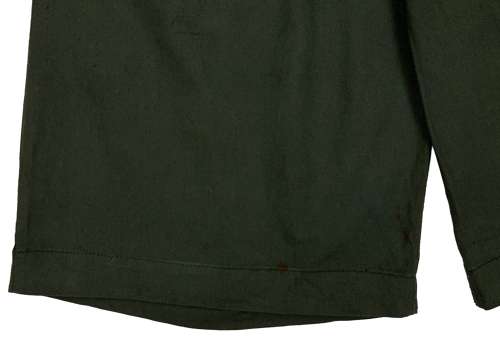 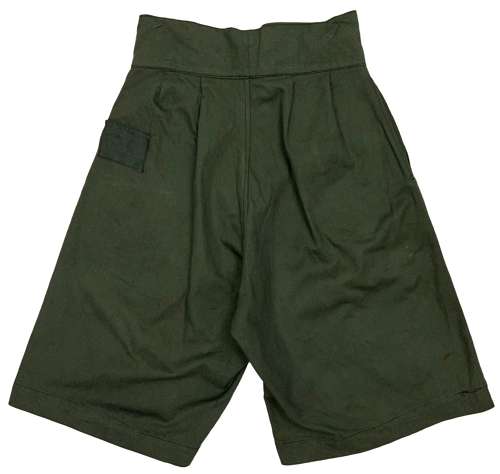 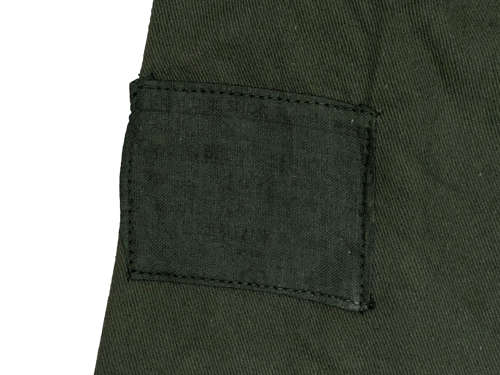 A scarce pair of original British made 'Shorts, Jungle' in unissued condition and clearly dated 1944.

Often referred to as 'Jungle Green Shorts', this pattern was worn by the British Army in the Far East during the Second World War. Part of what makes the shorts so rare is that they are British made. It soon became clear to those in charge of supplying the Far East with uniform that it would be easier to source their clothing from Indian or similar as the supply routes would be much shorter. This led to only a limited production of Jungle Green items being made in Great Britain during the Second World War.

The shorts are made of a green dyed cotton drill of the standard weight used on British made items. The front fastens with the double buckle waist closure, first seen on the 1941 pattern shorts. A first Field Dressing pocket is located to the right hip which fastens with a green/brown plastic button. The same buttons are used to fasten the fly.

The original label is still present to the rear of the shorts and shows no signs of wear. It is somewhat hard to read but the date is just legible. Inside the shorts a War Department inspection stamp is present as is surmounted by the letter 'M' which confirms 1944 as the year of issue.

The shorts are in unworn, new old stock condition. There are some marks from storage as can be seen in the pictures and the waist buckles show signs of corrosion. Overall however the shorts are very fresh having never been worn. Please study the pictures before purchasing to access the condition for yourself.

Whilst there are a couple of small flaws, these shorts are still a very rare pattern and in unworn condition!