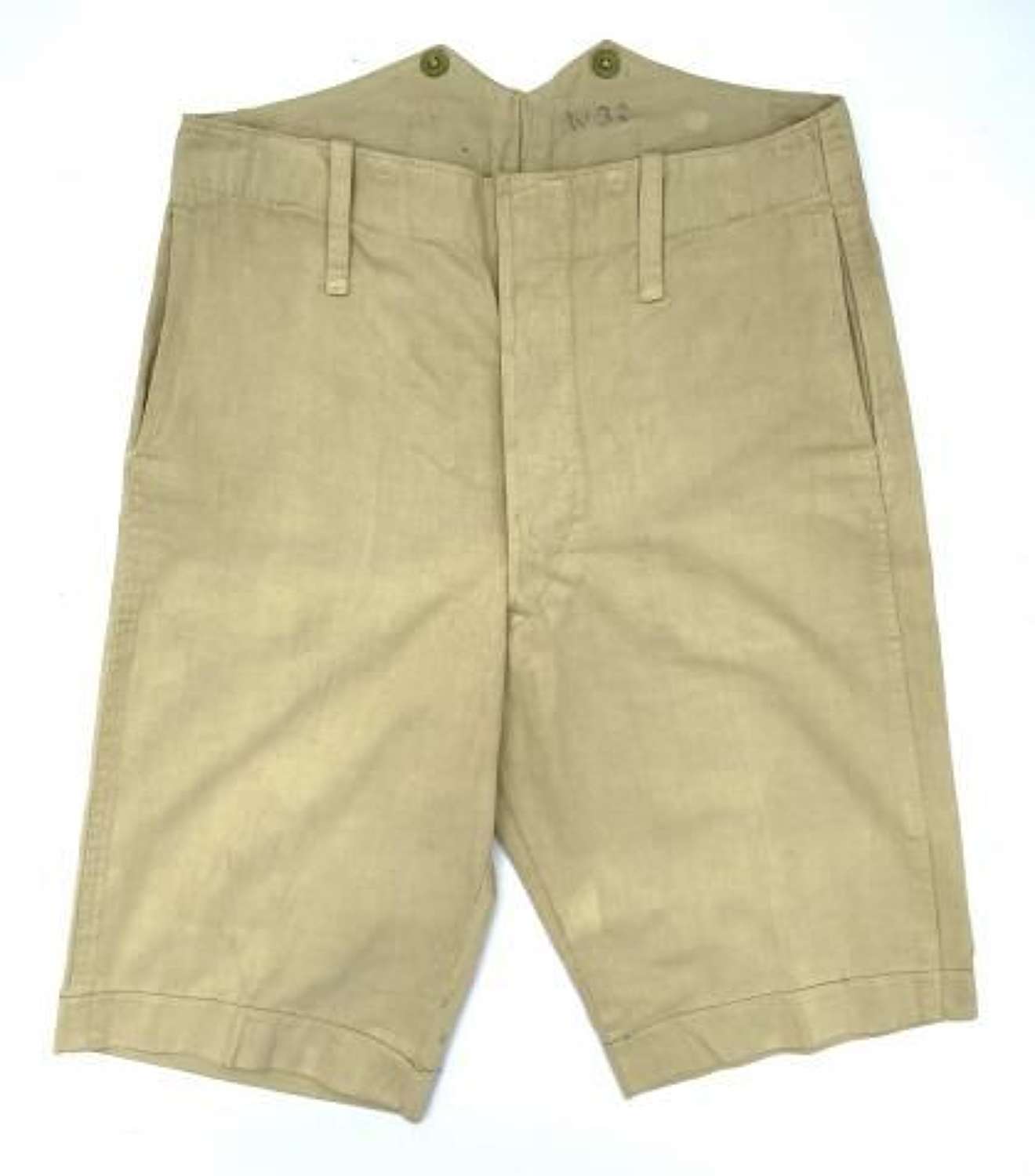 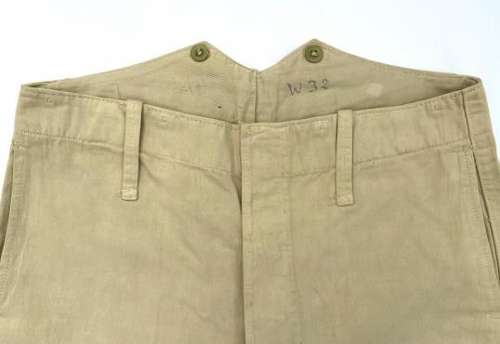 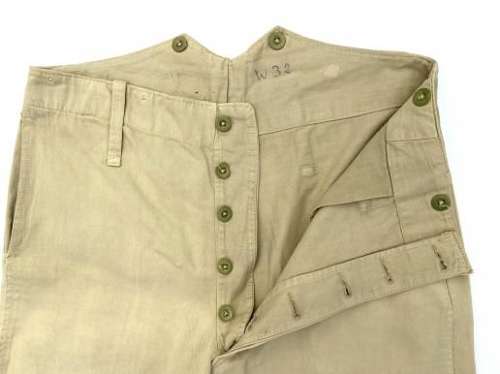 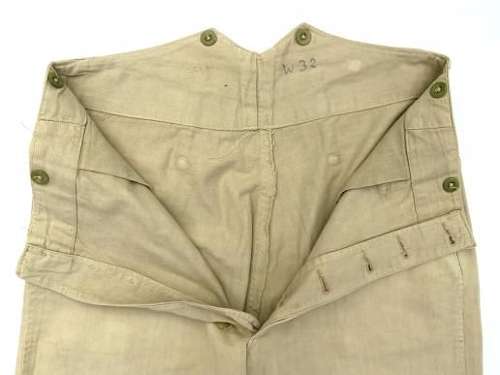 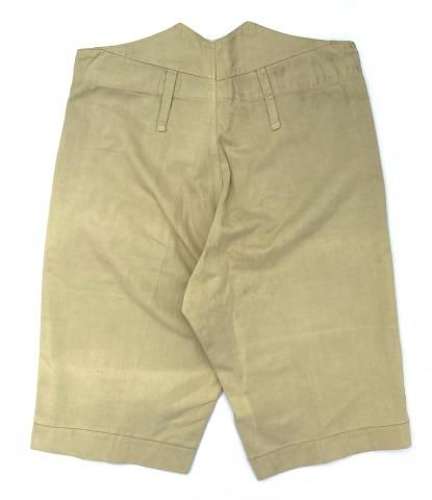 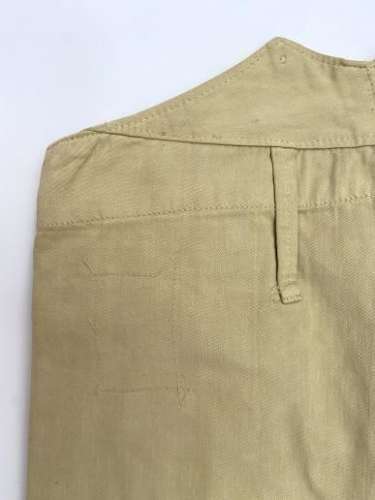 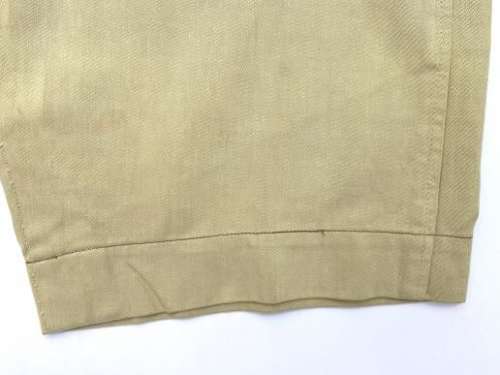 This pattern of shorts was worn with the Khaki Drill Tunic, often referred to as a 'Frock' at the time. They are typical of early 20th century construction with a high rise fishtail back, straight narrow legs and feature slash pockets to each hip with no rear pockets. They are essentially cut in the same way as the standard serge wool Service Dress of the inter-war years.

The shorts feature a button fly and bear the same green horn buttons around the top edge of the waistband for attaching braces. These are an interesting green hue and different to those used later on in the Second World War. Belt loops are also found around the waist with a great piece of integral design being utilised for the rear loops.

Crucially, the shorts bear the clear outline of where the original label was attached which points to English manufacture. A large amount of KD items were theatre made with items made in the UK being less common, making these more desirable.

The shorts are in very good condition for their age as can be seeing the pictures. There are only limited signs of wear and use with some fading etc. The stitching around the cuffs doesn't appear to match the rest which suggests these may have been cut down from trousers, or just shortened.

A very rare pair of early Khaki Drill Shorts which are a must have for the serious early war and pre-war RAF and British Army collector!