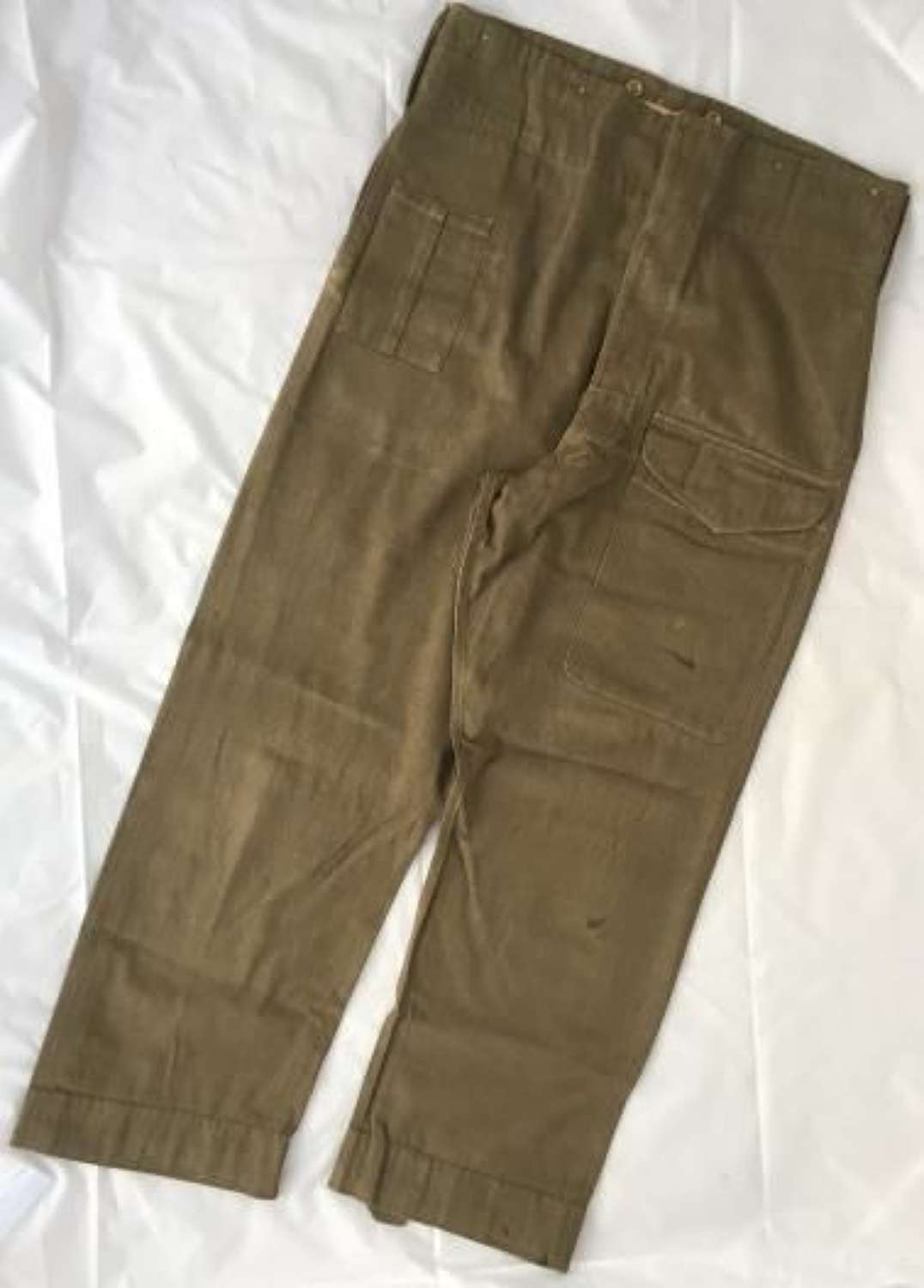 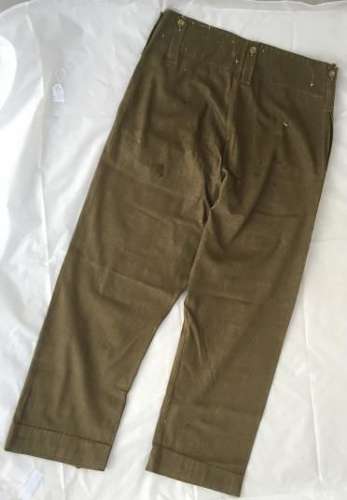 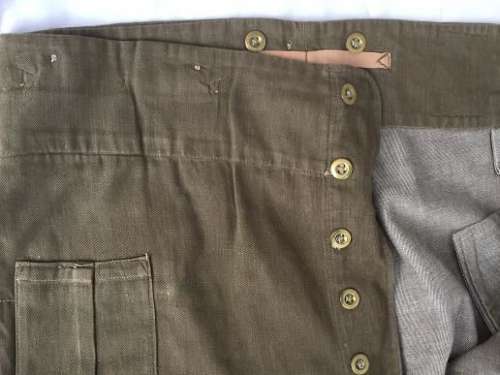 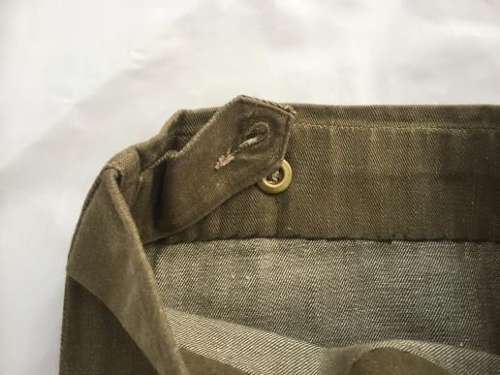 SOLD
A rare pair of the first pattern of British Army denim trousers as used by the British soldier throughout the Second World War for fatigues.

These first pattern examples feature the same design as the early 'Battledress, Serge' trousers with a single pleat dressing pocket, covered buttons on both front and rear pockets, belt loops to the waist, and tab adjusters to the bottom of the trousers. As well as this they feature brass buttons throughout.

This pattern was soon simplified and most of the distinguishing features were removed. These early examples are now very scarce as they were widely issued throughout the war and still seen in use regularly in Normandy.

The trousers are in good condition showing only light signs of wear. There are a couple of stains to the front of the left leg and a small hall to the rear but they are very clean apart from that. At some point they have been shortened by about 2" but they have only been tacked up loosely, so can easily be returned to their original state.

They are a very large size pair of trousers of approximately a 38" waist. These trousers were issued large though as they were designed to be worn over the battledress uniform.

A very rare pair of trousers in very good original condition. These would compliment any British Army or Home Guard collection and it would be hard to find a better pair.