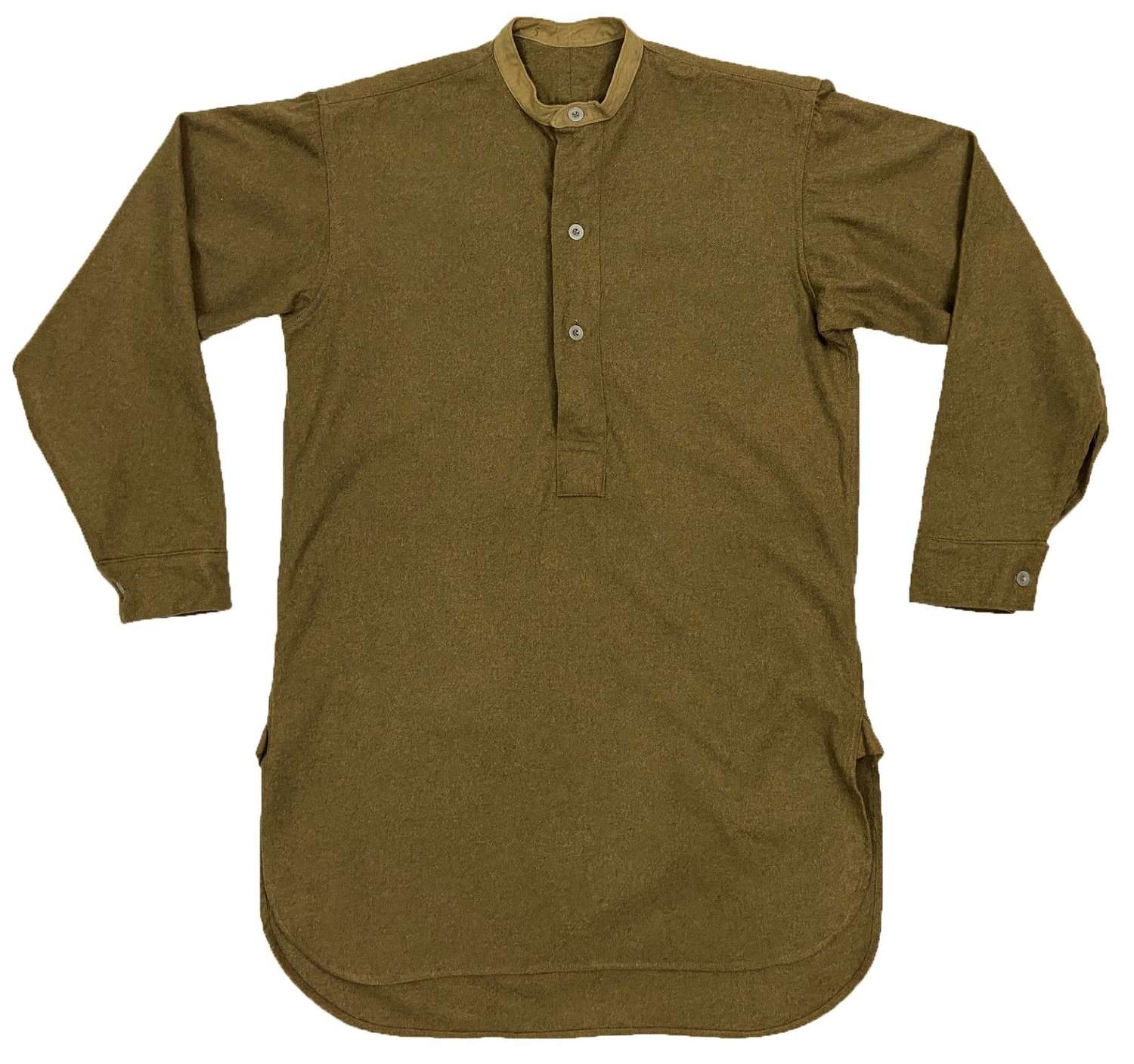 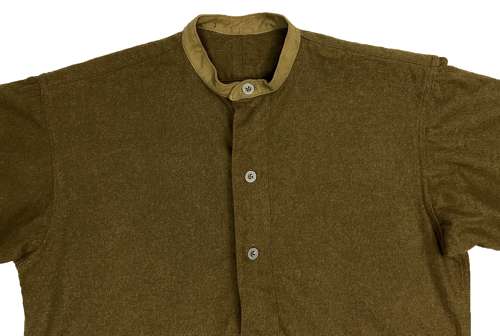 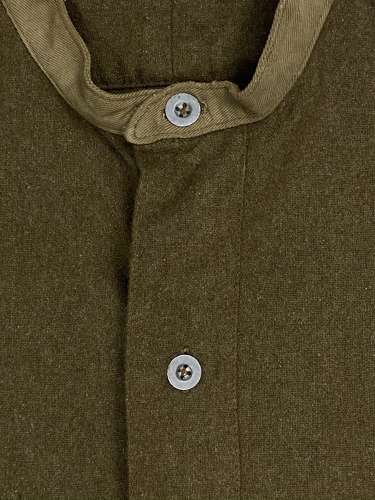 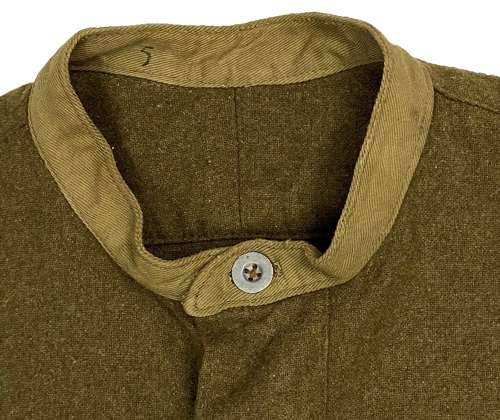 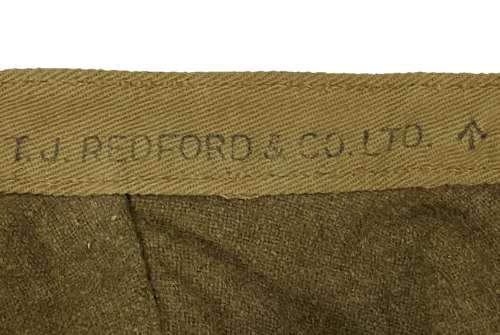 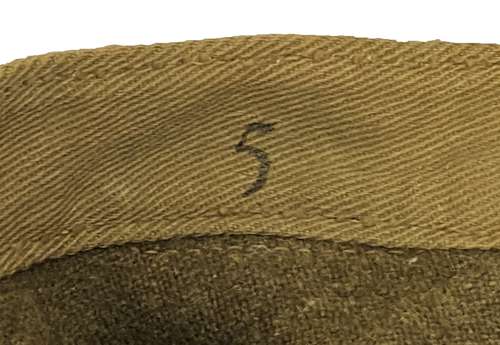 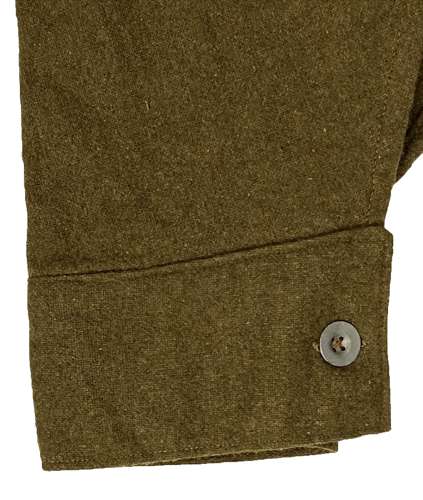 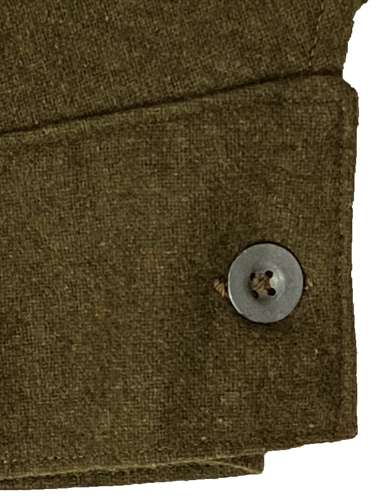 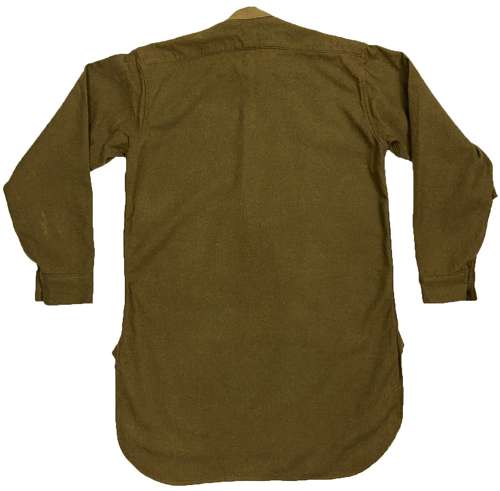 This pattern of shirt was introduced in the mid 1930s replacing the earlier ‘grey back’ shirt issued in the Great War. The shirt is made from a khaki green wool flannel material and features a half placket, or 'tunic', front which fastens with three buttons. The collar is made of khaki coloured cotton drill whilst the buttons are the white metal type used in the early stages of the Second World War and the same as those used on shirts in the first war. The barrel cuff also fastens with the same style of buttons.

Inside the neckband collar the original maker's stamp is still visible and reads 'T. J. Jedford & Co Ltd' - another great feature to find on an original shirt. The number 5 is also still present and reads '5' as is the War Department broad arrow marking.

The shirt is in excellent condition as can be seen in the pictures. It shows next to no signs of wear and use and overall has a very fresh appearance. These shirts are normally heavily worn making this an exceptional example. It is however a vintage shirt which is over 80 years old so may have small flaws commensurate with age.

This is a very rare early war shirt which would be ideal for someone interested in the British Expeditionary Force as much as Normandy. Undoubtedly this would make an excellent addition to any WW2 collection and would be very hard to better.