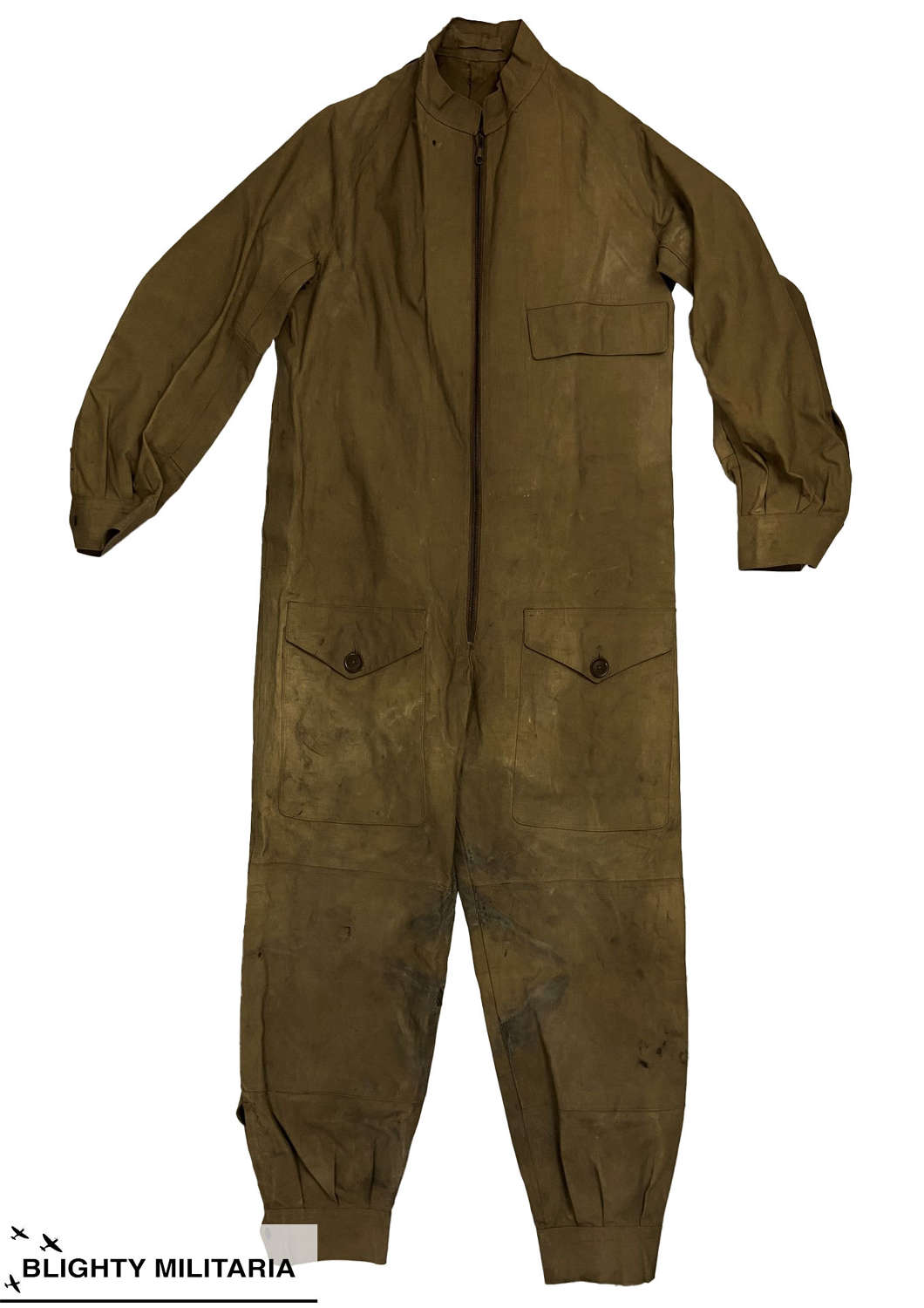 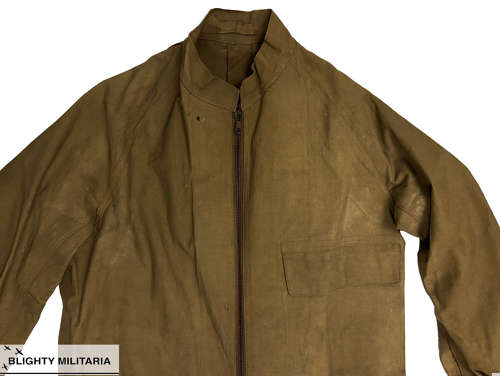 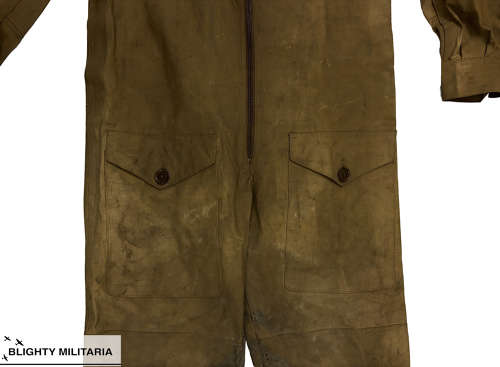 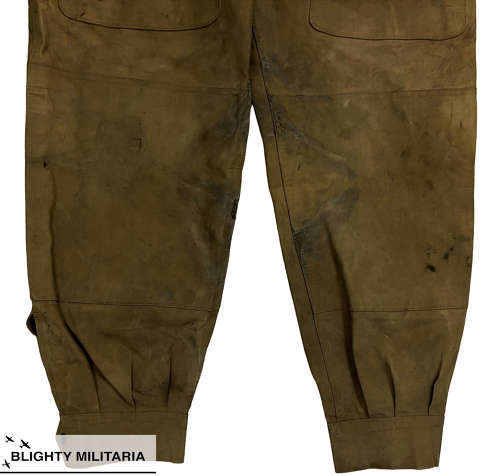 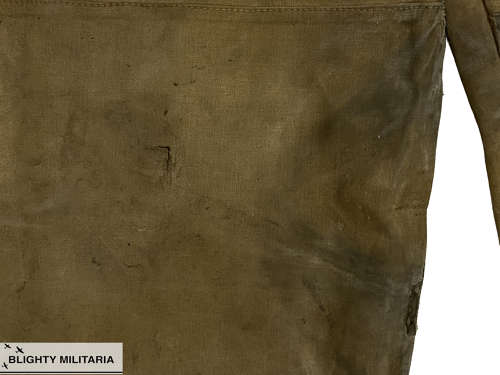 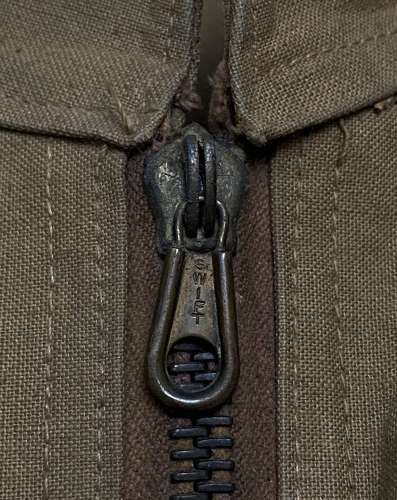 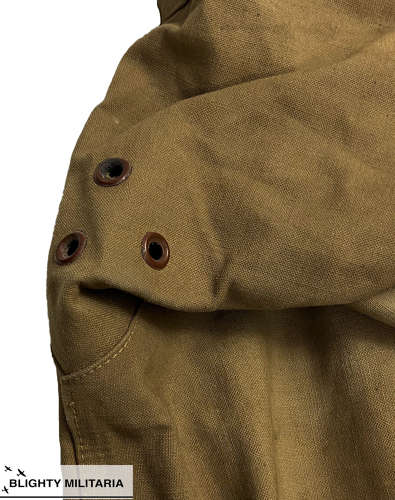 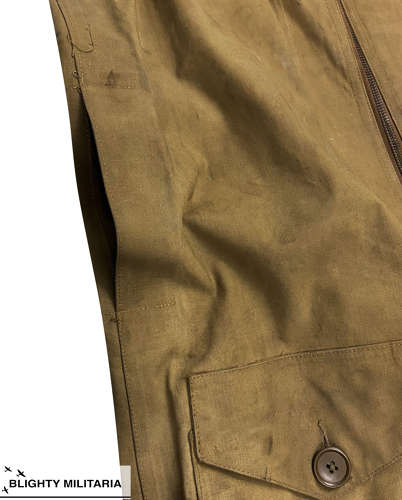 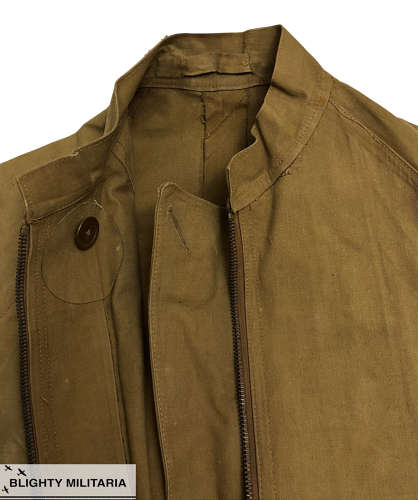 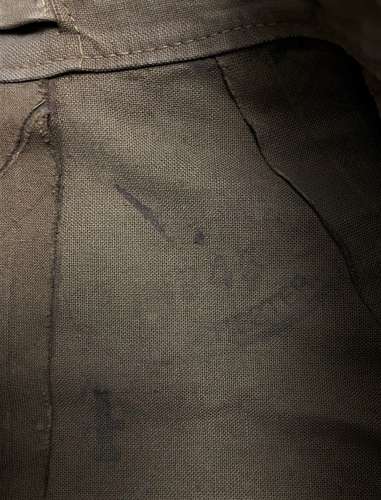 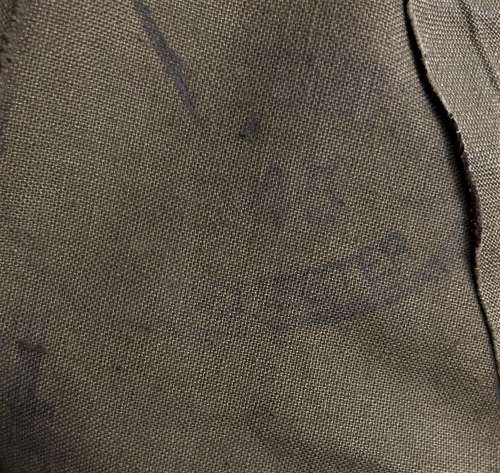 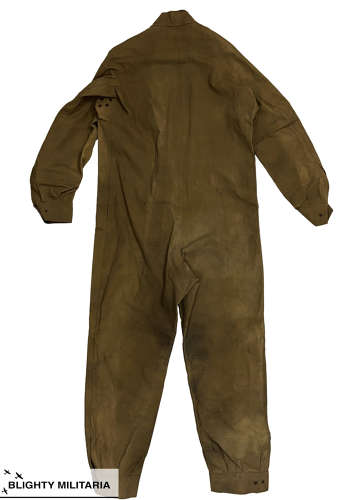 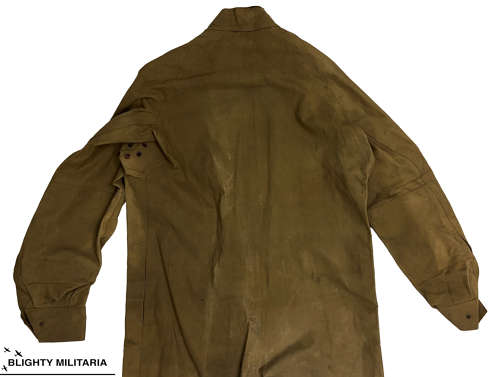 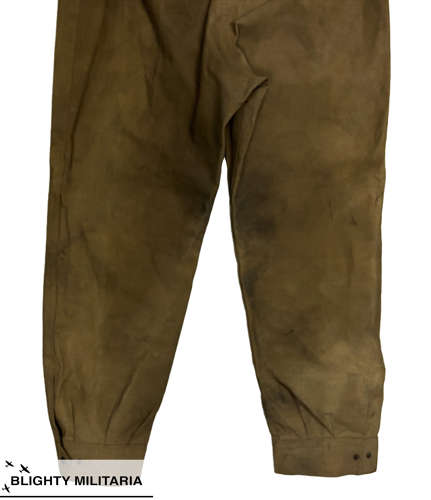 These rare suits appear to have seen issue with a number of different units during the Second World War including armoured car personnel and the ATS. They have often been referred to as a 'Dingo Suit' by collectors as the Daimler Dingo armoured car came with two of these suits from the factory. In the pictures attached is a photograph of a British Army Officer standing next to an armoured car, clearly taken in the winter of 1944-45. It shows this suit clearly and proves that they were intended for wet weather use in open topped armoured cars.

The suit is made from the same rubberised canvas as the waterproof dispatch rider clothing used throughout the Second World War. It features a long brass zip which is maker marked 'Swift'. Two large buttoning pockets can be found on each thigh whilst the cuffs on the ankle and the wrist fasten with brass 'Newey' brand pop studs. Brown painted brass vents are fitted to each armpit as well as the crotch to aid in ventilation and through pockets are located to each hip and allow access to pockets.

Inside the suit the original maker's ink stamp is still present and whilst faint the 1945 date can just been read. There is also a size stamp which reads '4'.

The suit is in good condition especially considering that it is made from rubberised canvas. Many period items made from the same material have gone stiff and brittle over time but this example however is still soft and pliable. There is a small L-shaped tear to the right knee but aside from that the suit displays well with some signs of wear and use which are to be expected.

This is a very rare piece of British Army workwear rarely uncounted and doubtless missing from many collections. It would compliment any British collection, especially one with a focus on armoured units or the ATS.