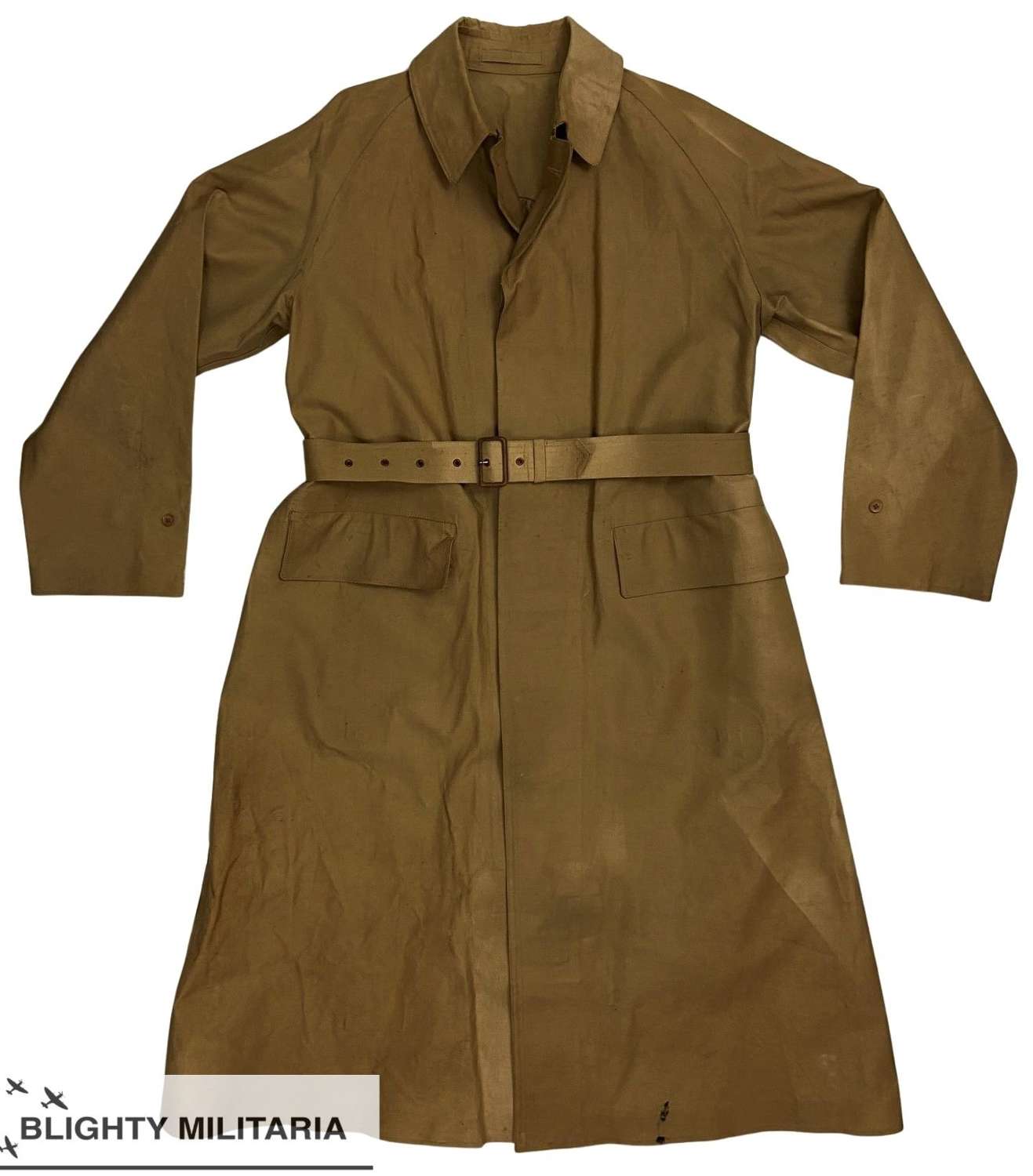 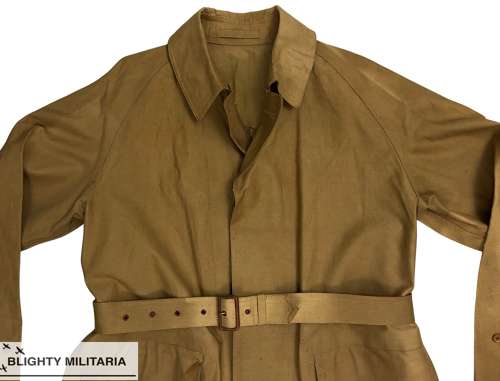 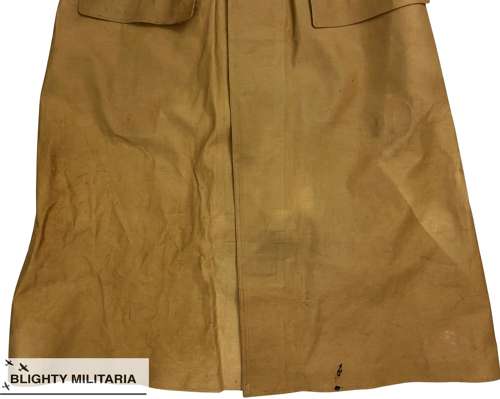 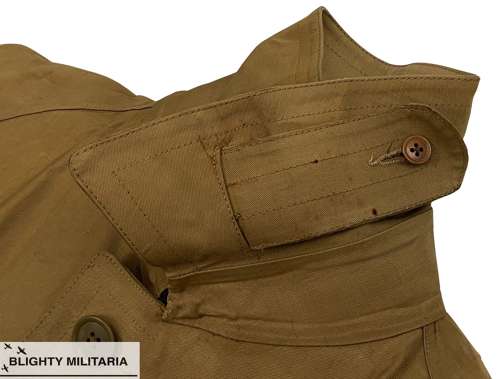 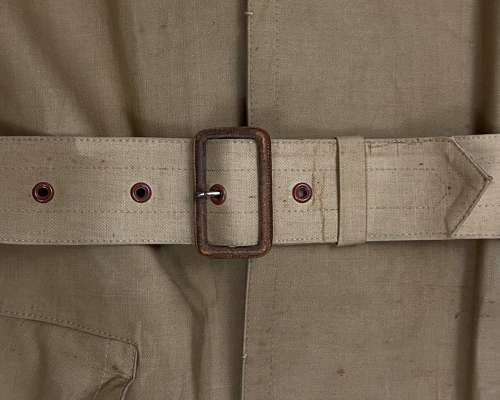 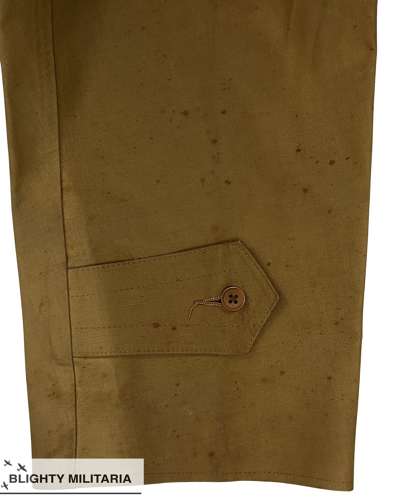 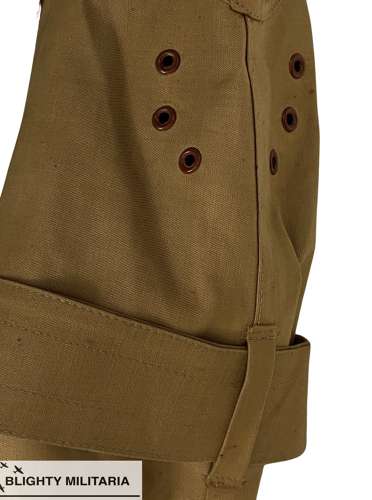 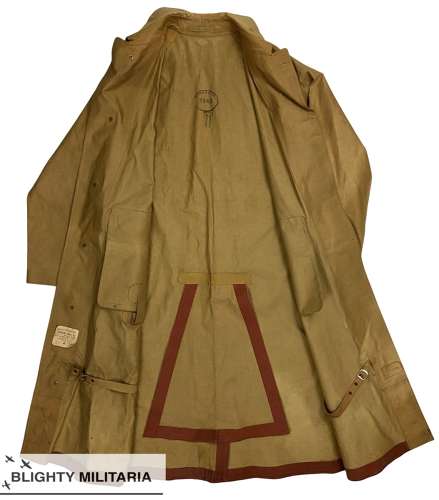 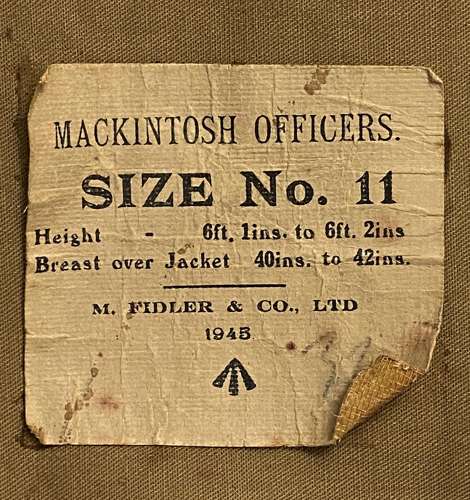 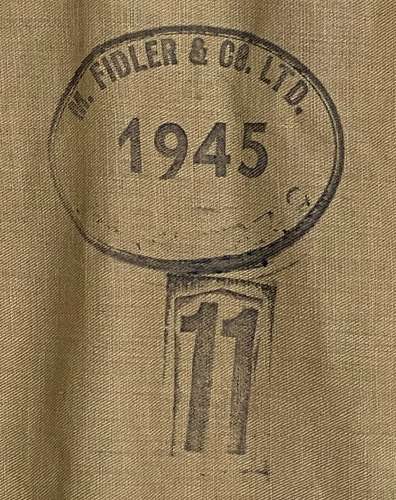 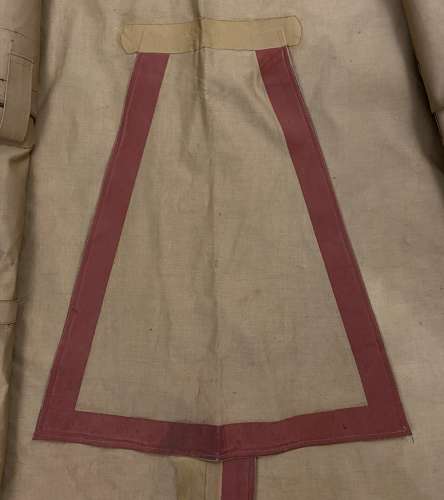 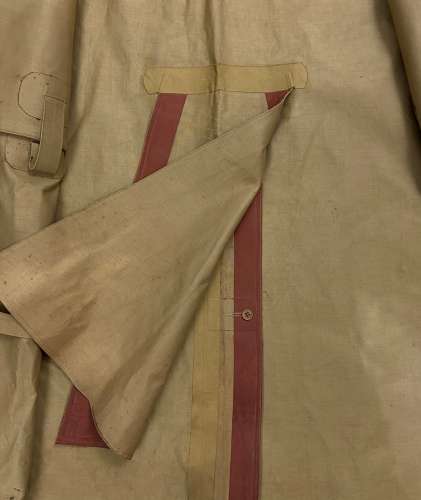 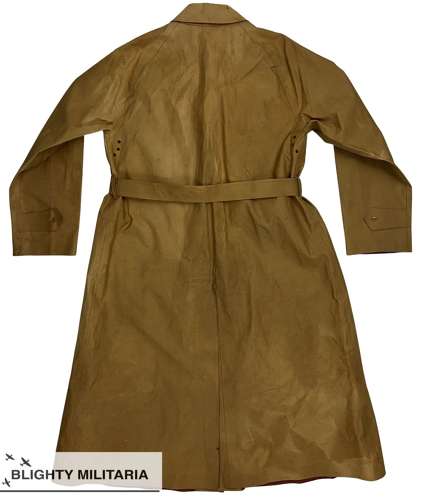 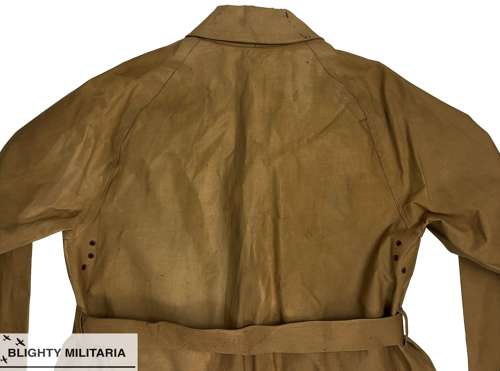 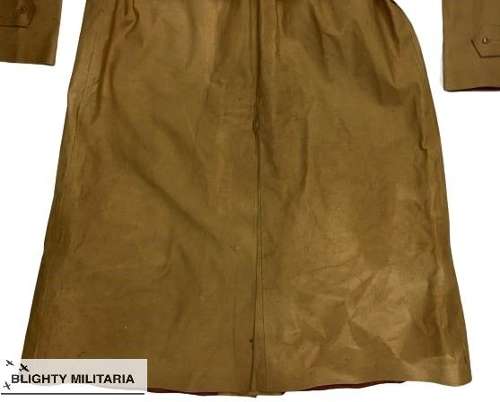 A rare original British Army Officers Macintosh Raincoat dating from 1945 in good condition and in a larger, wearable size.

The macintosh raincoat is a classic piece of British outerwear from the mid-Century period and is synonymous with British Army officers of both world wars as well as with plain clothes policemen, sleuths and other characters portrayed in many period films. Original period examples are now hard to find with authentic military manufactured and war dated coats being even rarer still.

This coat is typical of those made throughout the Second World War for British Army officers. The body of the coat is made from a khaki tan coloured rubberised cotton which was used for its highly waterproof qualities. It features a single breasted closure to the front which is fly fronted and has two flapped pockets at the hips. The original waist belt is still present and features a brown leather covered metal buckle and brown painted brass eyelets which are typical of the period. Vents are located to each armpit and tabs can be found towards the end of each sleeve. The collar features a similar tab to the underside which allows it to be fastened around the wearer's neck (picture 4).

Inside the coat features leg straps which hold the coat tightly to the wearer in high winds. These feature chrome plated buckles which are in good condition. A hanging loop is also present to the inside of the neck.

The original label is still present to the interior and is bright and legible. It bears the titles of 'Macintosh Officers' and states the size as No. 11 which is designed to fit a 40" - 42" chest and a height of 6' 1" - 6' 2". The maker's name is also present and reads 'M. Fidler & Co., Ltd' as is the 1945 dated and the War Department broad arrow marking.

As well as the original label the coat bears two stamps which state the manufacturer's name, the date and the size.

The overall condition of the coat is good and it displays well. On the whole it is still supple and pliable but does have some areas of hardening which is common with rubberised items from this period. This does not particularly detract from the coat but is included in the description as it means the coat is not perfect. There is also some fading which can be seen in the pictures but overall the coat has survived well and is in good condition.

This is a rare WW2 officers coat which has some great details and still retains its original label. These coats rarely come up for sale and are a must have for the serious collector!