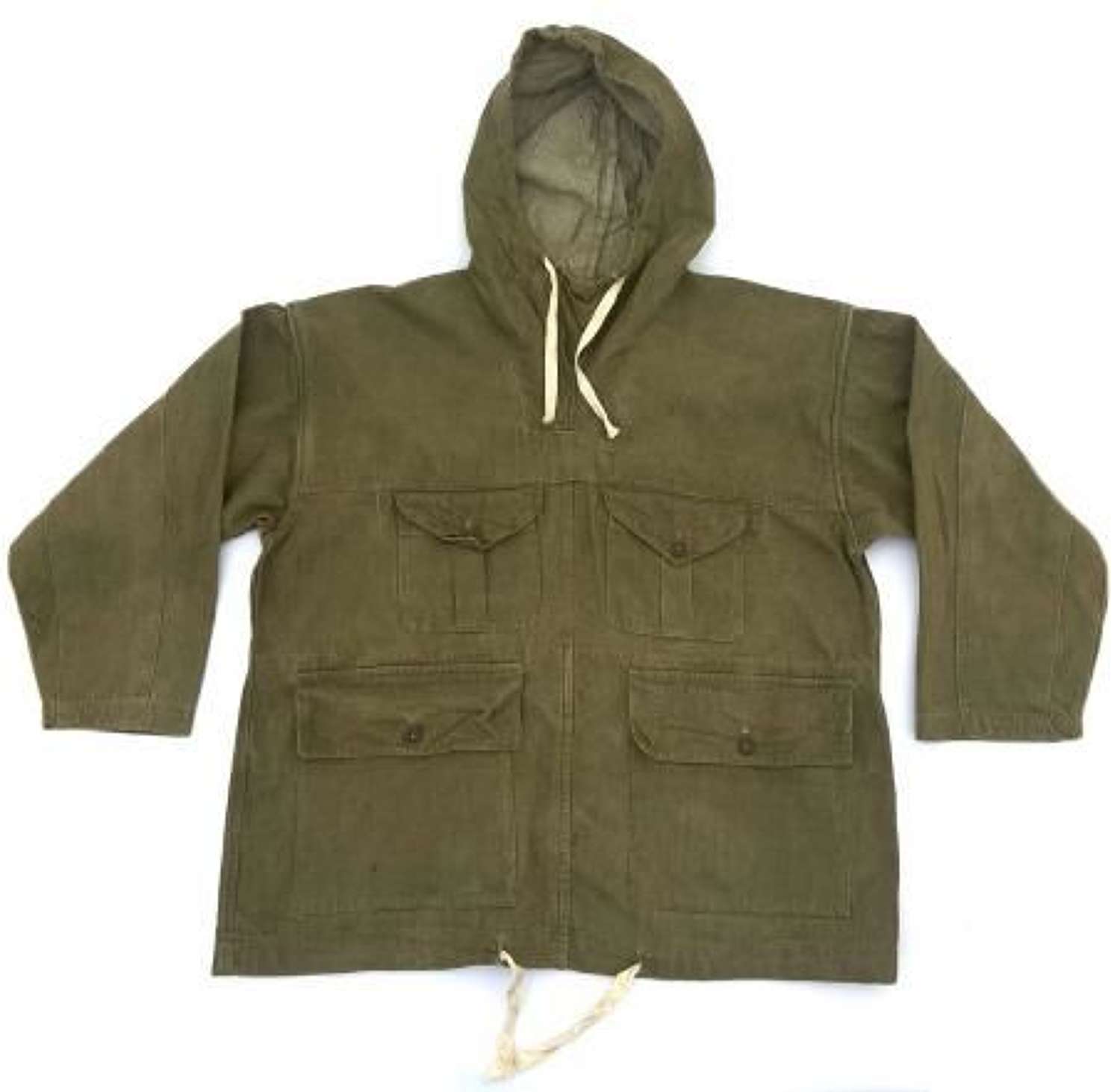 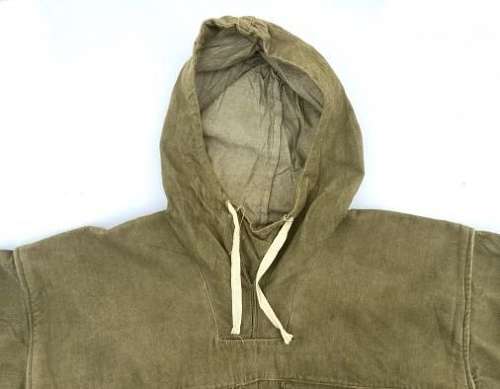 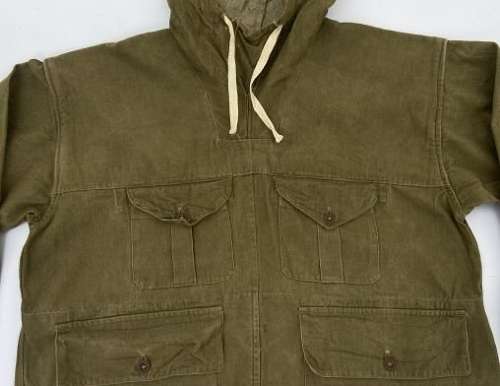 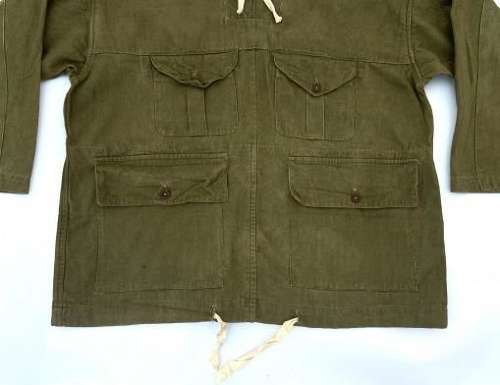 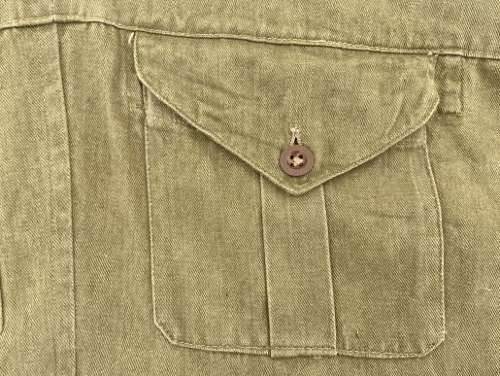 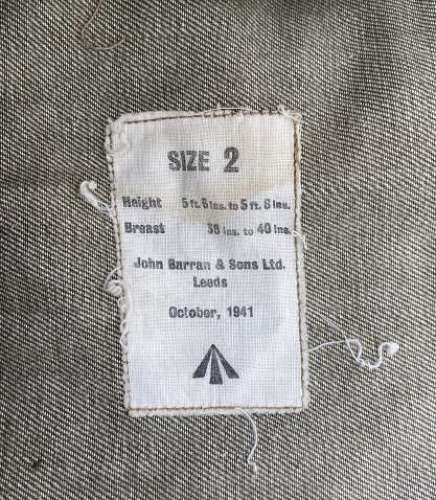 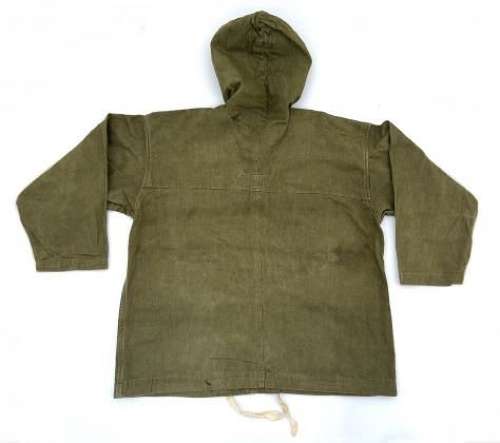 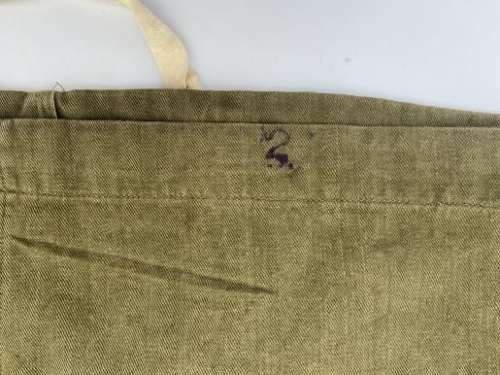 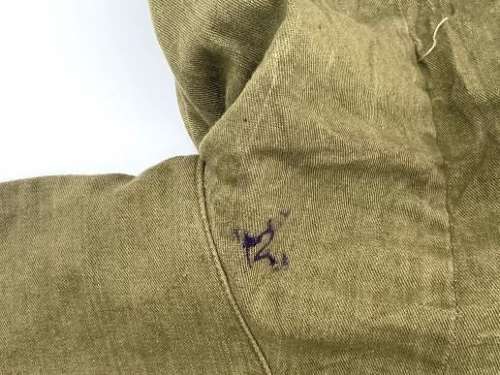 This is the first pattern of smock to be issued to the British Army in the classic windproof design. Made from the same denim as used for the denim battledress; the smock features patch pockets to the front which fasten with brown horn buttons as used on early austerity pattern battledress. It has a hood which pulls in with a white drawstring and another white drawstring along the bottom seam.

Also of note is that separate parts of the smock have a pink ink stamp with of the numeral 2 which obviously relate to size. This means that each part was made to a specific size and marked accordingly to aid when putting the garment together in the factory.

Inside the smock the original label is still present and is bright and legible. It states the size as 2 and the manufacturer as 'John Barran & Sons Ltd' of Leeds. The date of October 1941 is present as is the War Department broad arrow marking.

The smock is in stunning condition and does not appear to have been worn or issued. It displays extremely well with no signs of serious wear or use.

This is a truly fantastic example of a rare early war smock which are very sought after today.