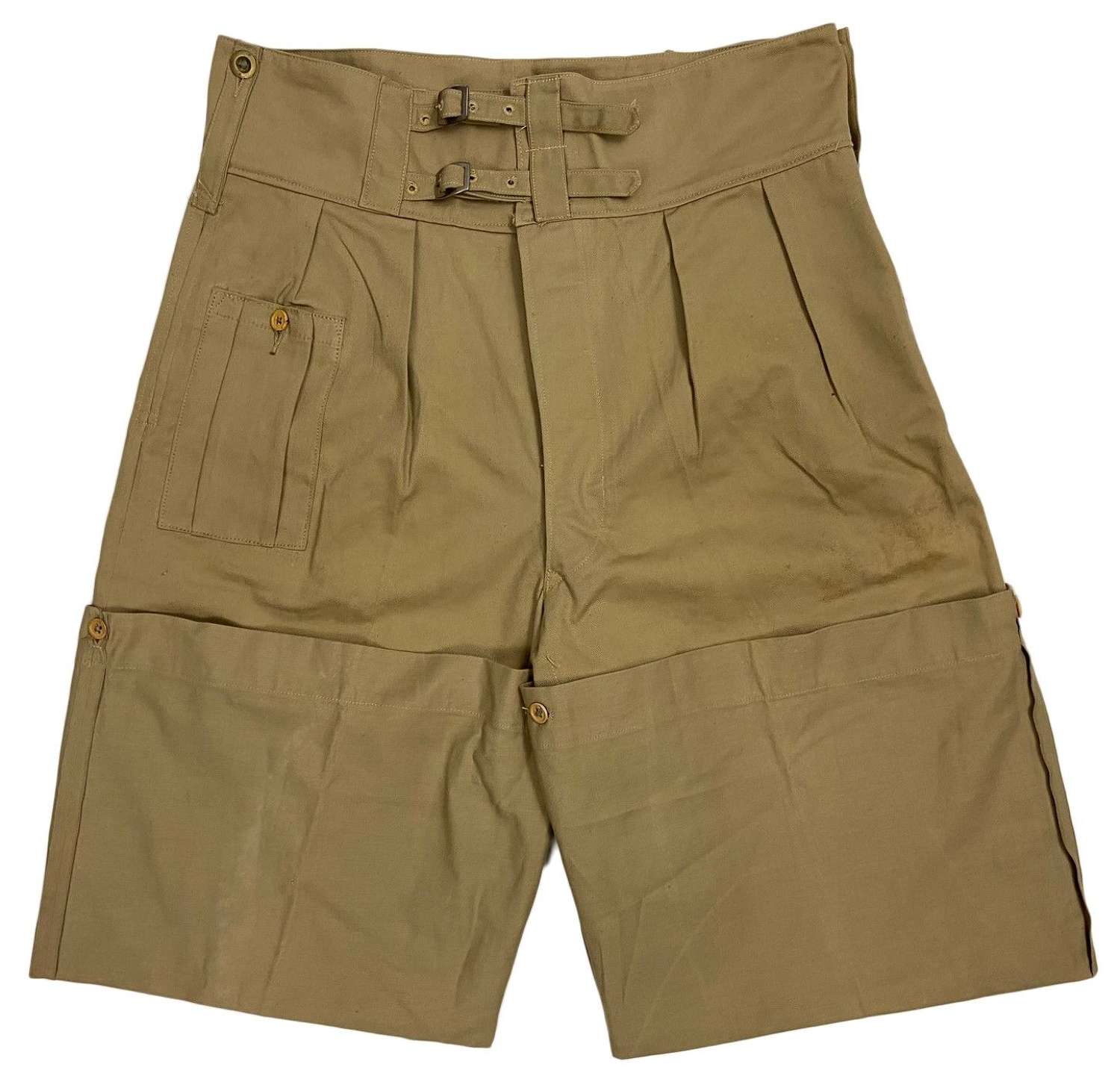 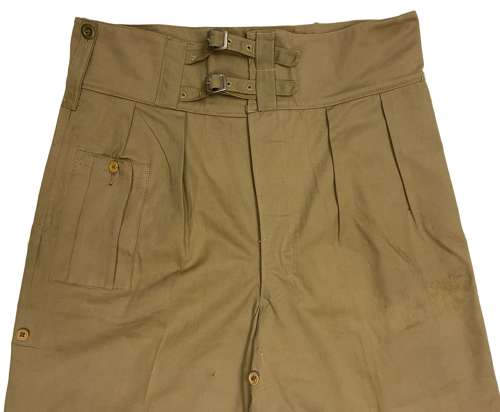 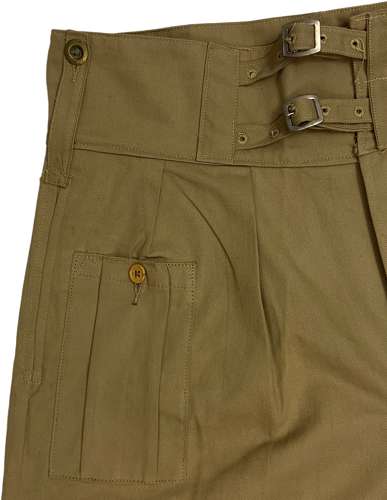 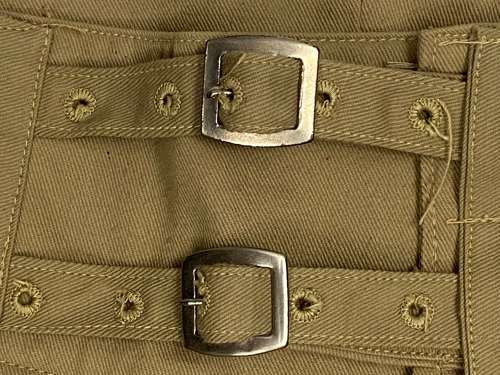 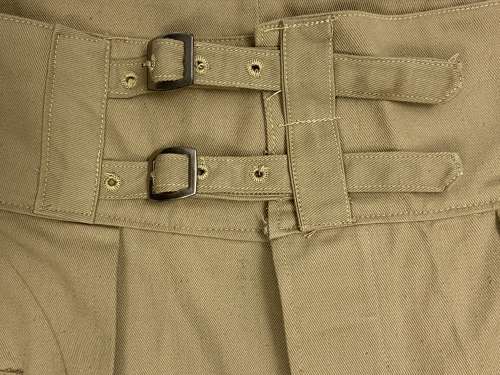 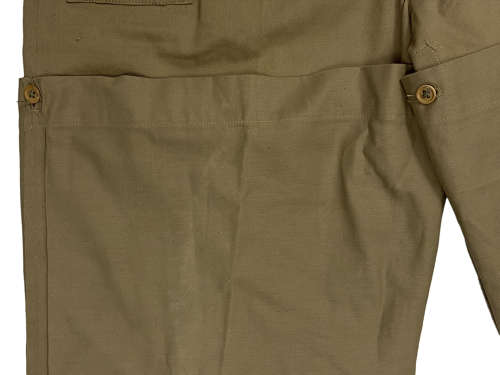 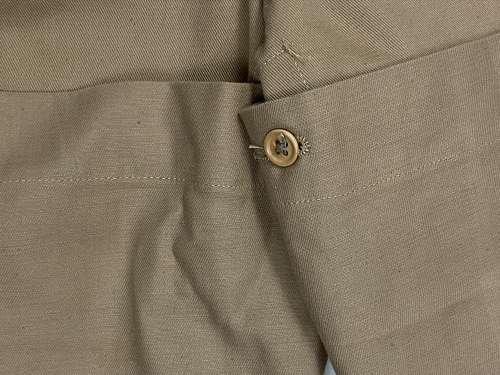 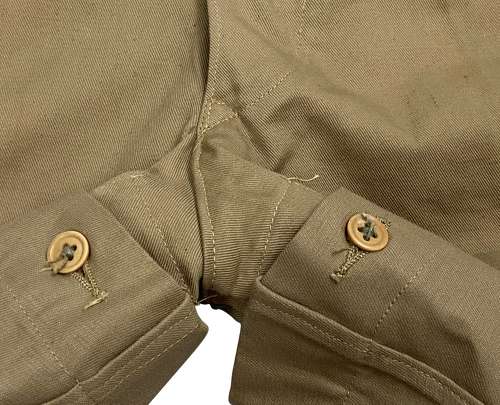 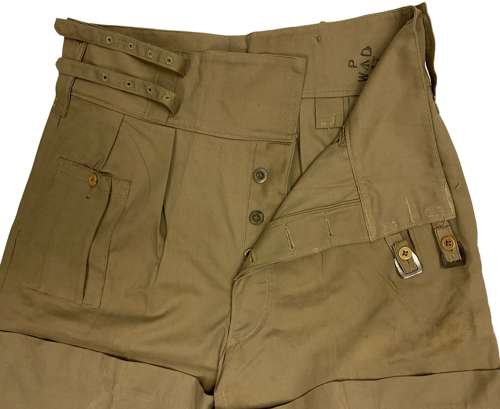 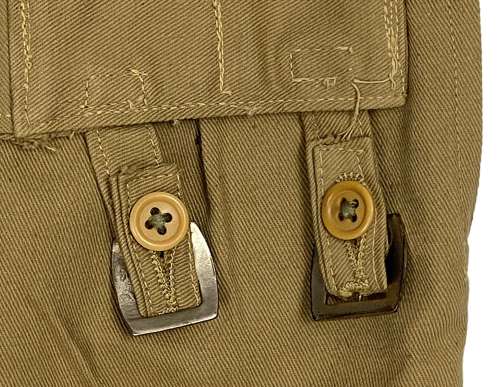 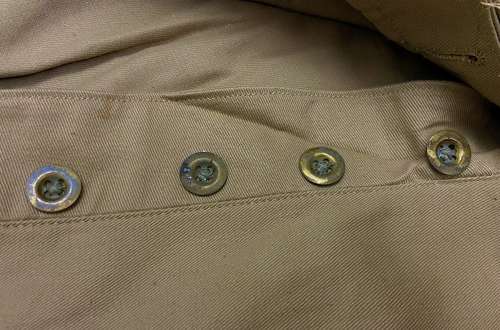 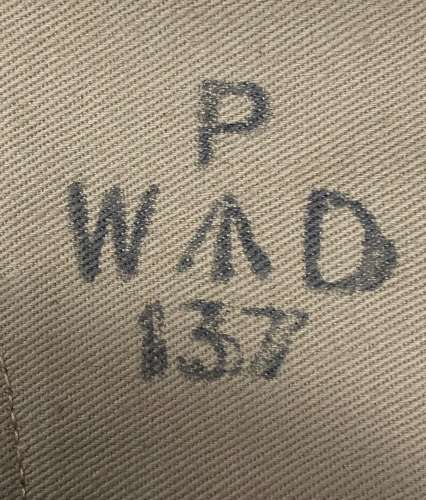 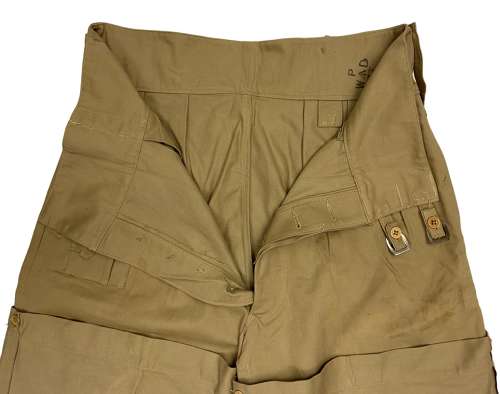 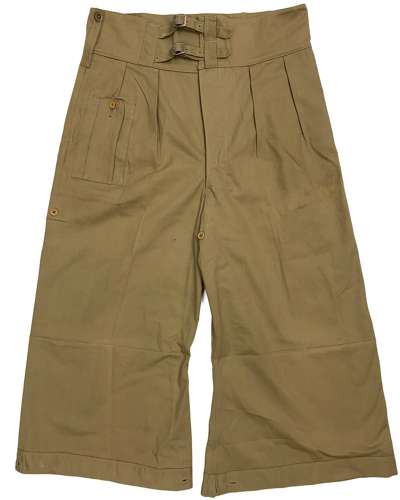 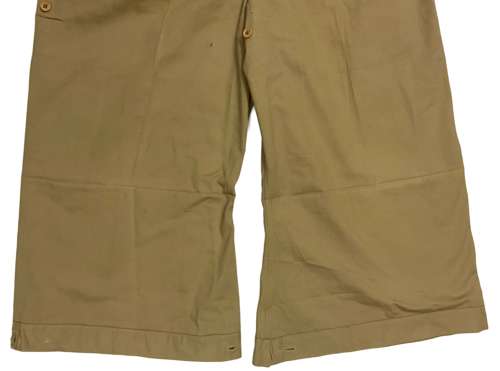 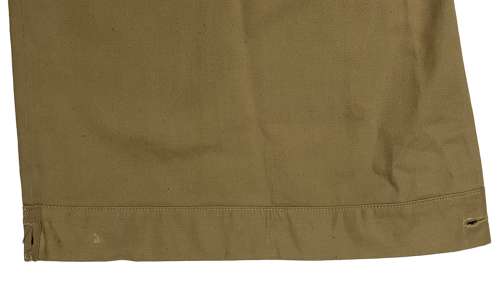 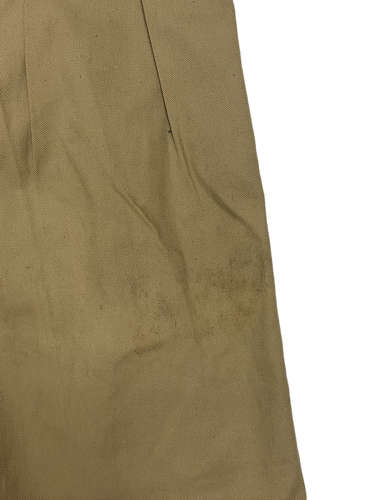 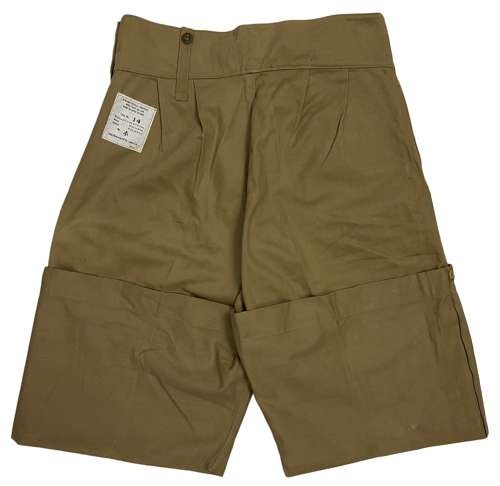 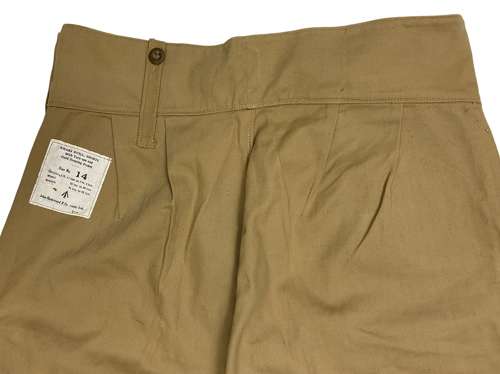 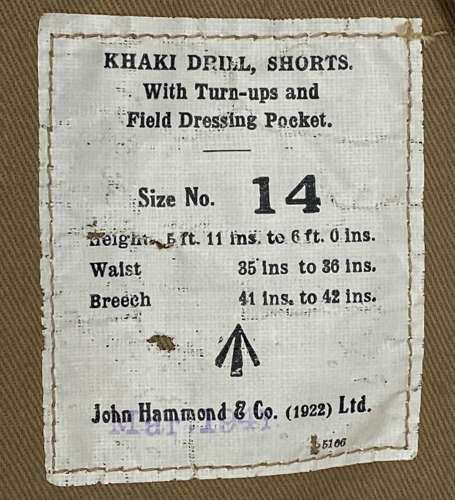 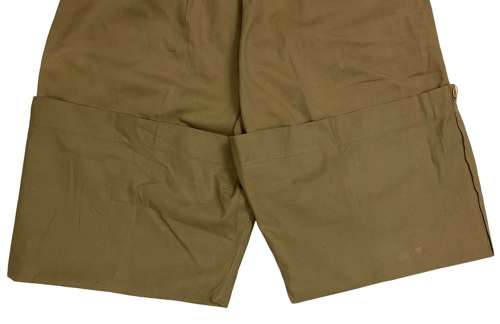 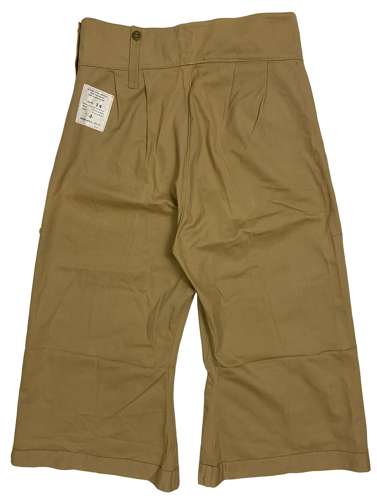 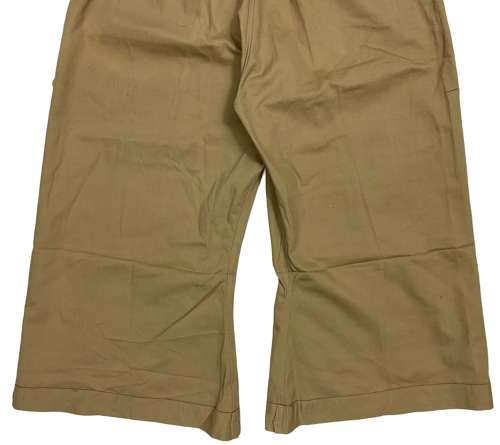 Officially designated 'Khaki Drill, Shorts. With Turn-ups and Field Dressing pocket', this early war pattern of shorts are usually referred to as 'Bombay Bloomers' which was a nickname given to them at the time. The addition of the words 'and Field Dressing Pocket' to the label would suggest that this was the first time such a pocket was fitted to khaki drill shorts - previously the pocket was located inside the skirt of the KD Service Dress Tunic.

The idea behind this pattern was that the wear could wear them as shorts or turn them down to cover their legs from the sun, mosquitos or the cold. It is a design which wasn't found to be favourable meaning that many of these Bombay Bloomers were shortened in the factory with surviving examples being testament to this. This pair is however a rare, unaltered early pair.

The shorts are made from the standard cotton drill material used by British manufacturers during this period. They feature stamped brass buttons to the fly and have belt loops at the waist which are held in position with the same type of button. The turn ups and dressing pocket feature cream coloured horn buttons which are most likely a manufacturers quirk. The front of the shorts fastens with the double belt and buckles which were a popular choice for British military tropical wear during the war. The buckles are the correct plated metal single prong style and not later, pattern examples. Both the front and the back of the shorts feature twin pleats and straight slash pockets are located to each hip.

To the rear of the shorts the original label is still present. It bears the size of 14 which is designed to fit a 35" - 36" waist and the makers name 'John Hammond & Co. (1922) Ltd'. A purple issue stamp is also present and reads ' March 1941. Inside the shorts the War Department acceptance stamp is also present and is surmounted by the letter 'P' confirming 1941 as the year of issue.

The shorts are in new old stock, un-issued condition as can be seen in the pictures. They have clearly never been worn and display very well. There are some marks from storage as shown in the pictures but overall they present very well indeed.

A very rare pair of shorts which are missing from many collections. Not only are they in un-worn condition, they still retain their original label and have a nice, early date. A rare opportunity for the serious collector - These shorts would be very hard to better!