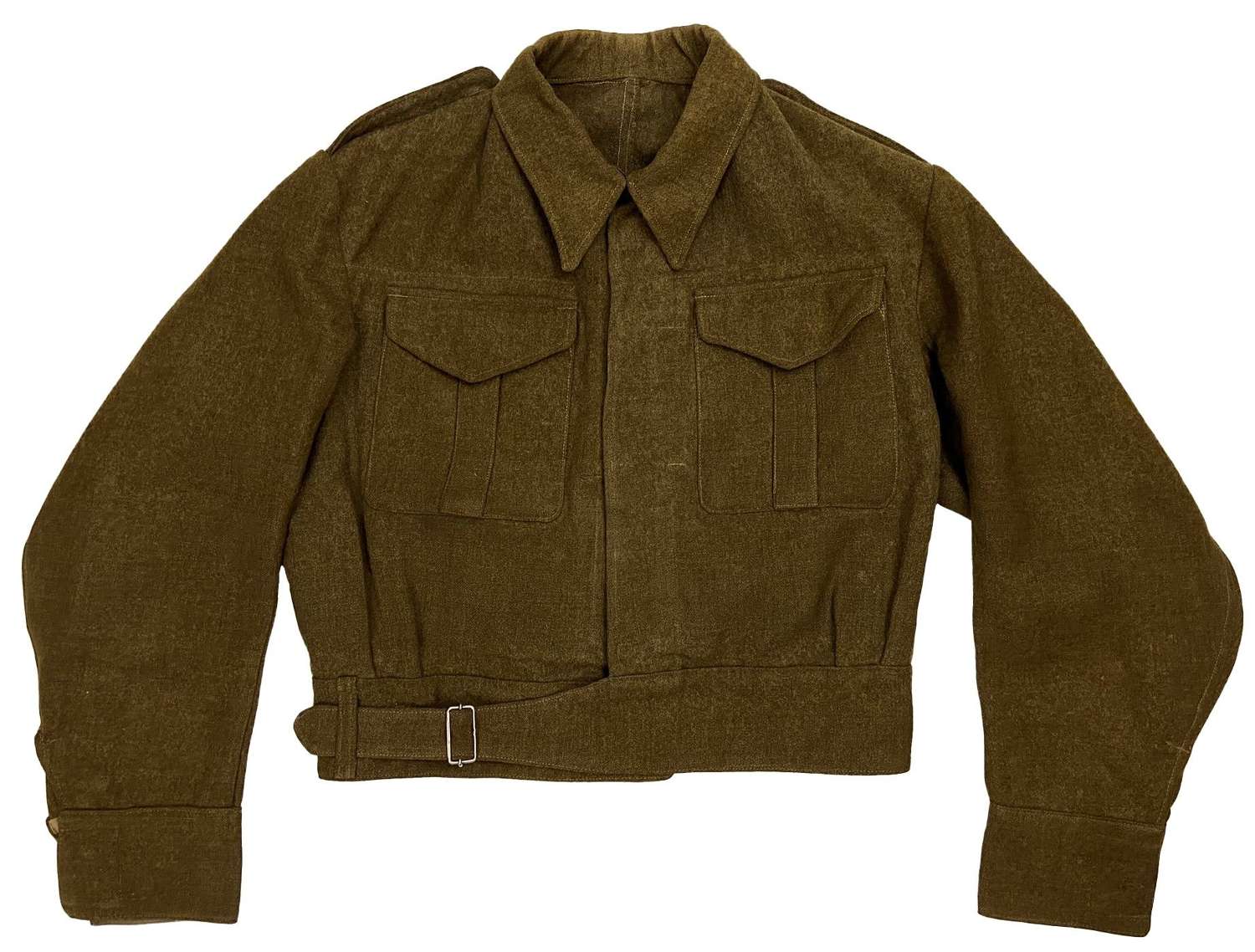 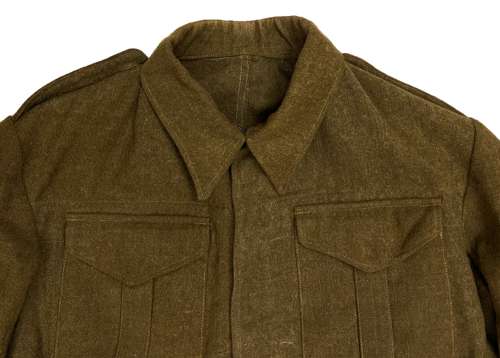 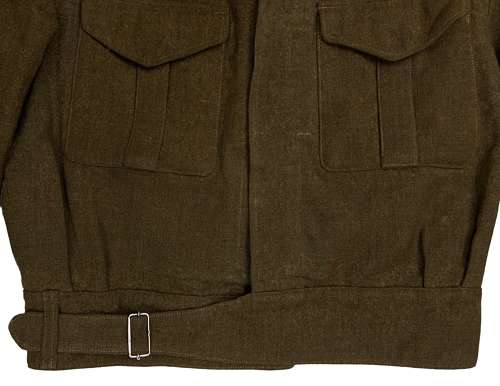 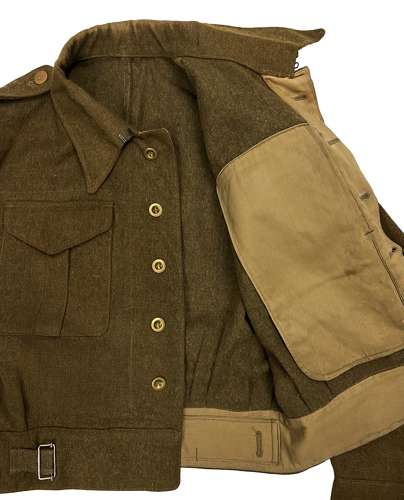 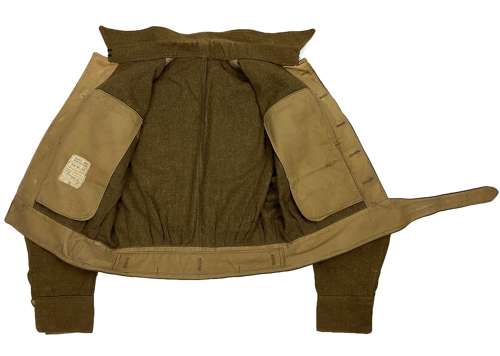 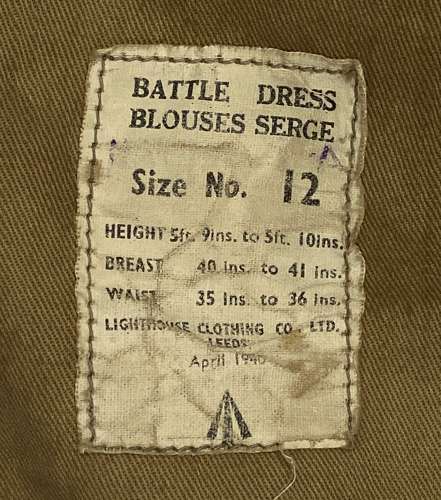 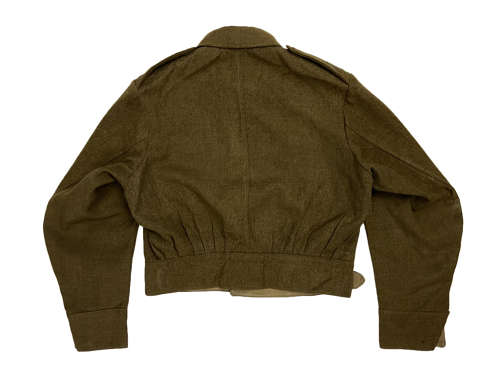 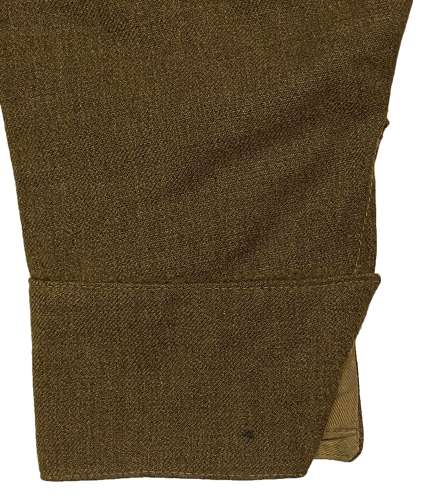 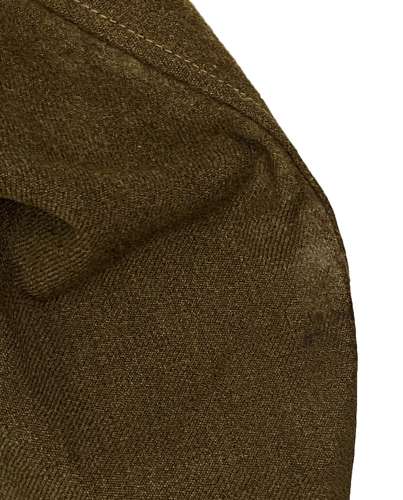 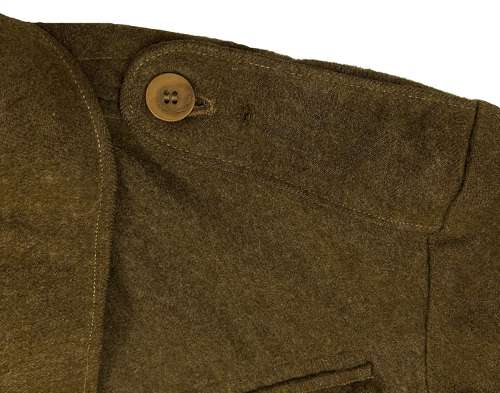 This pattern of battledress is the first pattern to come into service, replacing the earlier Service Dress uniform in 1938. It was worn during the first two years of the war and saw service during the Phoney War, The Battle for France and the Dunkirk evacuation before being replaced with the 1940 pattern in the later part of the summer of the same year. This pattern did still see limited use throughout the rest of the war and was by no means only worn in the first couple of years. Unlined collar jackets were very sought-after, particularly by officers, who wanted to wear the jacket open with a shirt and tie. The unlined collar was perceived to look much smarter than an example with a lined collar.

This jacket has all the correct early features including the unlined collar, wire waist buckle and twin inside pockets. The buttons are stamped brass examples as are usually found on early battledress, and corzo buttons are fitted to the epaulettes - A manufacturing quirk.

The label is still present to the interior and is still bright and legible. It states the date of manufacture as April 1940 and the maker as 'Lighthouse Clothing Co. Ltd' of Leeds who are a rare manufacturer to find today. The label also states the size as 12 which is designed to fit a 40" - 41" chest and a 35" - 26" waist.

The condition of the jacket is very good for its age but it does show some signs of wear and use, as are to be expected with an issued battledress blouse. There is a mark to the left elbow (picture 9) and a small hole to one of the epaulettes (picture 10). There are traces of where badges have been previously fitted although these are only noticeable under close scrutiny. Please remember that this is a pre-worn issued item so may have issues commensurate with this.

Early examples of original Battledress serge such as this have become extremely rare to find now, particularly those that still retain clear dates. Furthermore, this example is a larger size which is incredibly hard to find with any wartime battledress, let alone the rare first pattern. A rare jacket indeed.