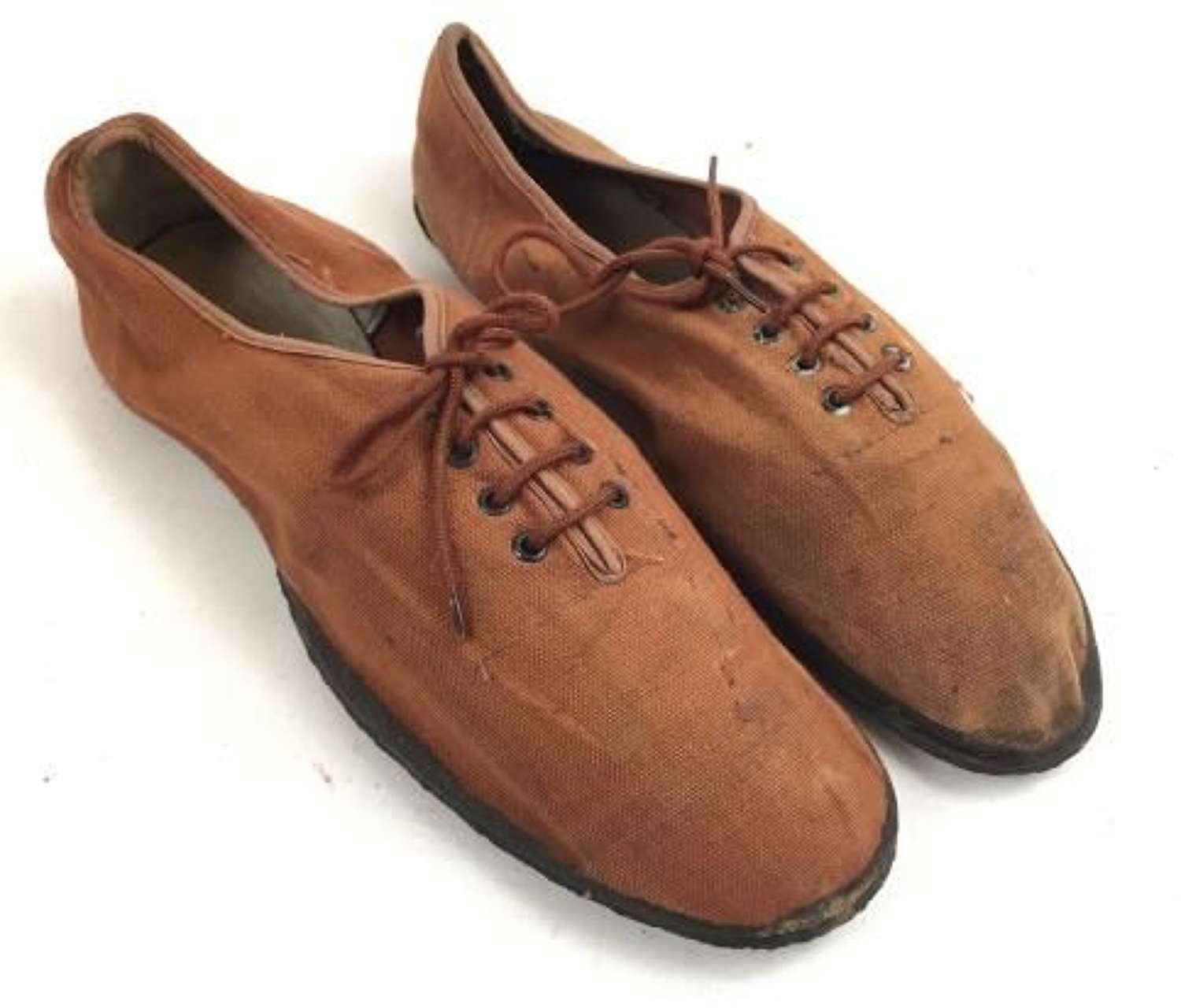 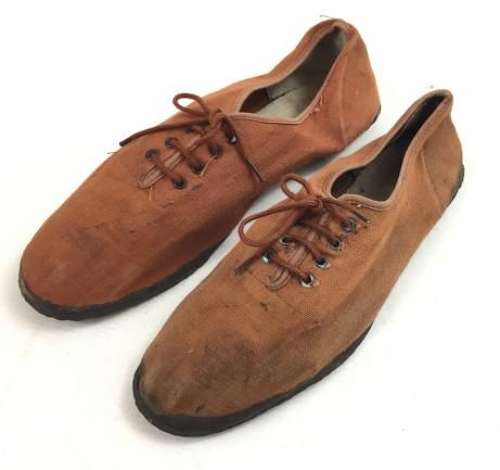 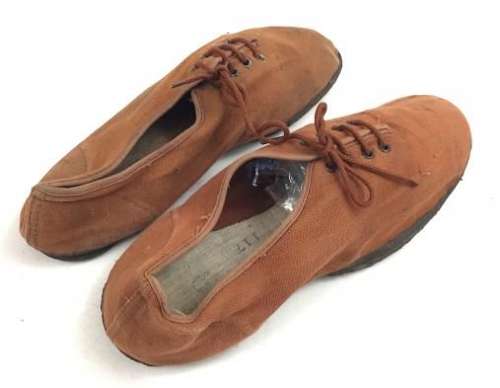 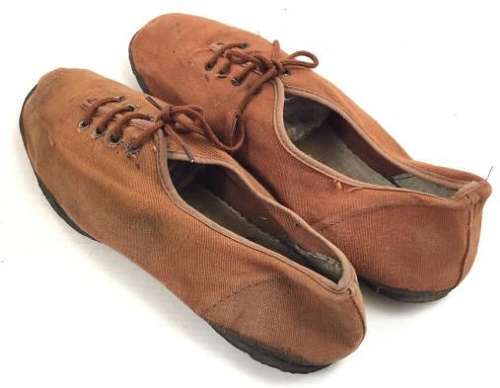 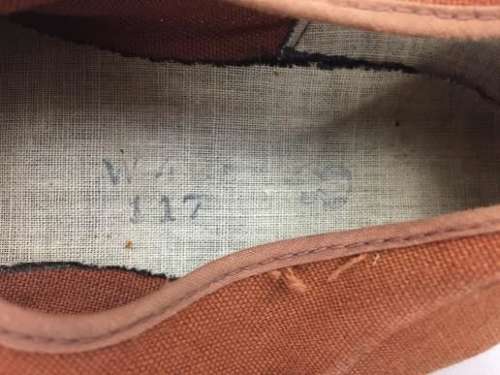 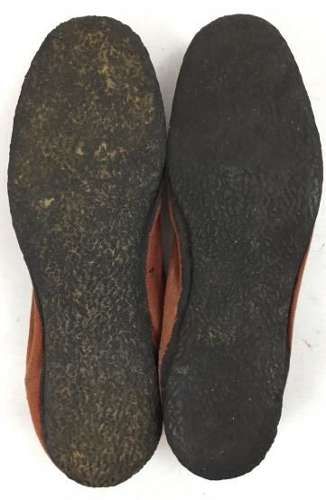 These shoes are different to those usually seen on the market as they don’t feature a toecap as later War and post-war examples do. Any original plimsoles, even post-war examples are hard to find now due to their lightweight construction. They are made from a black rubber sole and khaki canvas uppers which wears easily leading to them being scarce today.

The shoes feature 4 metal eyelets to each side and an original set of period laces. Inside one of the shoes a faint War department marking can be seen.

The condition of the shoes is reasonable and they display well. To my eye one looks slightly larger than the other so it is possible that they aren’t a perfectly matched pair. Overall they display well together however.

These are a very scarce early pair of shoes which would compliment any British collection or form an excellent part of a kit display without a doubt.